Bleach 685 tells the story 10 years after the fight between the Quincy and Shinigami’s as we see a lot of new things, such as a whole new Soul Society, new captains, surprises in that Rukia is now a captain of the 13th guard. We also see some mysterious within Mayuri’s lab that could be indicative of something for the future. 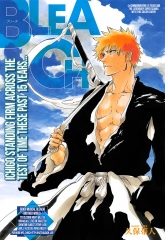 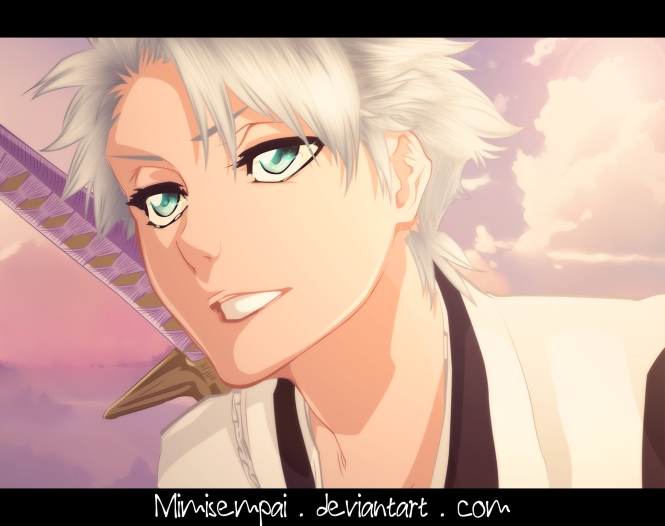 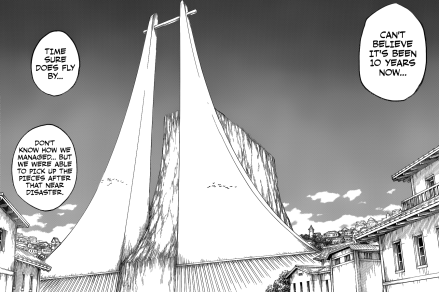 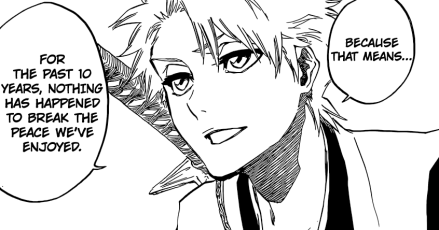 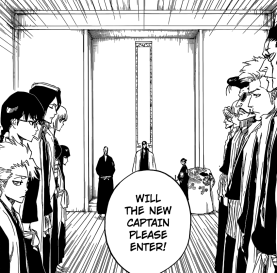 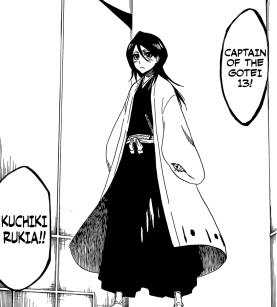 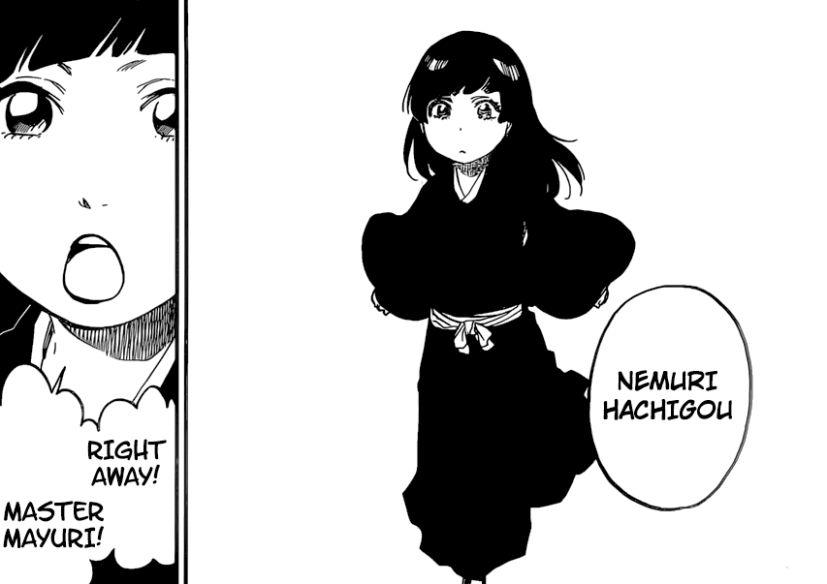 Bleach 685 begins as Shunsui is at Ukitake’s grave, he mentions that he shall drink one more as things in Soul Society seem to be wrapping up. He can’t believe that it’s been 10 years as it’s flown by, plus rebuilding Soul Society has taken a very long time. Nanao tells him that they need to go, Shunsui thus says his slowing down in that he’s tired, and that he’ll come back to talk some more.

Elsewhere, we see a small dark thing on the ground, similar to that of Yhwach. Mayuri is in his lab with a new mask, he’s finishing off some stuff, he can now expand his secret underground network. they need to do a overview of it all first, thus asks Nemuri Hachigou, a much smaller Nemu in a little girls body. It seems that she’s returned in her body.

Elsewhere, we meet up with Zaraki, Ikkaku and Yumichika as they’re all going to the ceremony, he mentions to both that as Yachiru is no longer with him, there is no way he can get lost. He therefore runs towards the First Barracks. Shinji and Momo are also together, they notice Zaraki and others go the wrong way.

Momo goes to chase them but Shinji tells her to stop it, giving her an order to not chase them. We see Iba train along with his crew. Toshiro appears as he mentions that it seems like Iba is working hard, Iba tells him that he may be a captain but he still has a way to go before he can even do anything on the level of a captain.

Toshiro says that he’s got quite the determination, he definitely knows someone who could use some of that, Rangiku thinks of whom to which she refers to Shuhei, he mentions that he is strong, he’s even managed to master his Bankai, he mentions that he used it during the fight 10 years ago, and no one even saw it. He cries out telling him that he can do, but Toshiro mentions that it just means that the last time he used it was 10 years ago, and that they’ve had so much time with peace to enjoy.

Soi Fon tells Zaraki off for being late, the both seem to buttheads together. Isane tells them to get in line as it’s time for the ceremony to begin. Nanao tells them that it’s time to begin. The new captain is asked to enter, we see Renji ask them if they need help if they get weak knees. Rukia enters, she’s the new captain of Squad 13!

Akon and his group are looking into a few things, they would have liked some help from Mayuri when looking at the numbers and stats while looking at the monitor, but Akon notices a heightened Reiatsu in their sensors, it seems like it is identical the Yhwach’s reiatsu emitted 10 years ago, seems like the black thing earlier in this chapter is what  is causing this. Bleach 685 ends here.

A fantastic chapter, we’ve moved away from the battle from last week, but we’ve got one more chapter in two week’s time after the Japanese holiday next week. One more, I hope we get to see what Ichigo is like after 10 years time, could this mean that some of them have gotten married? I hope so, I can’t wait for the final Bleach 686 manga chapter!

Dont forget to vote below telling us what you feel about Bleach 685.