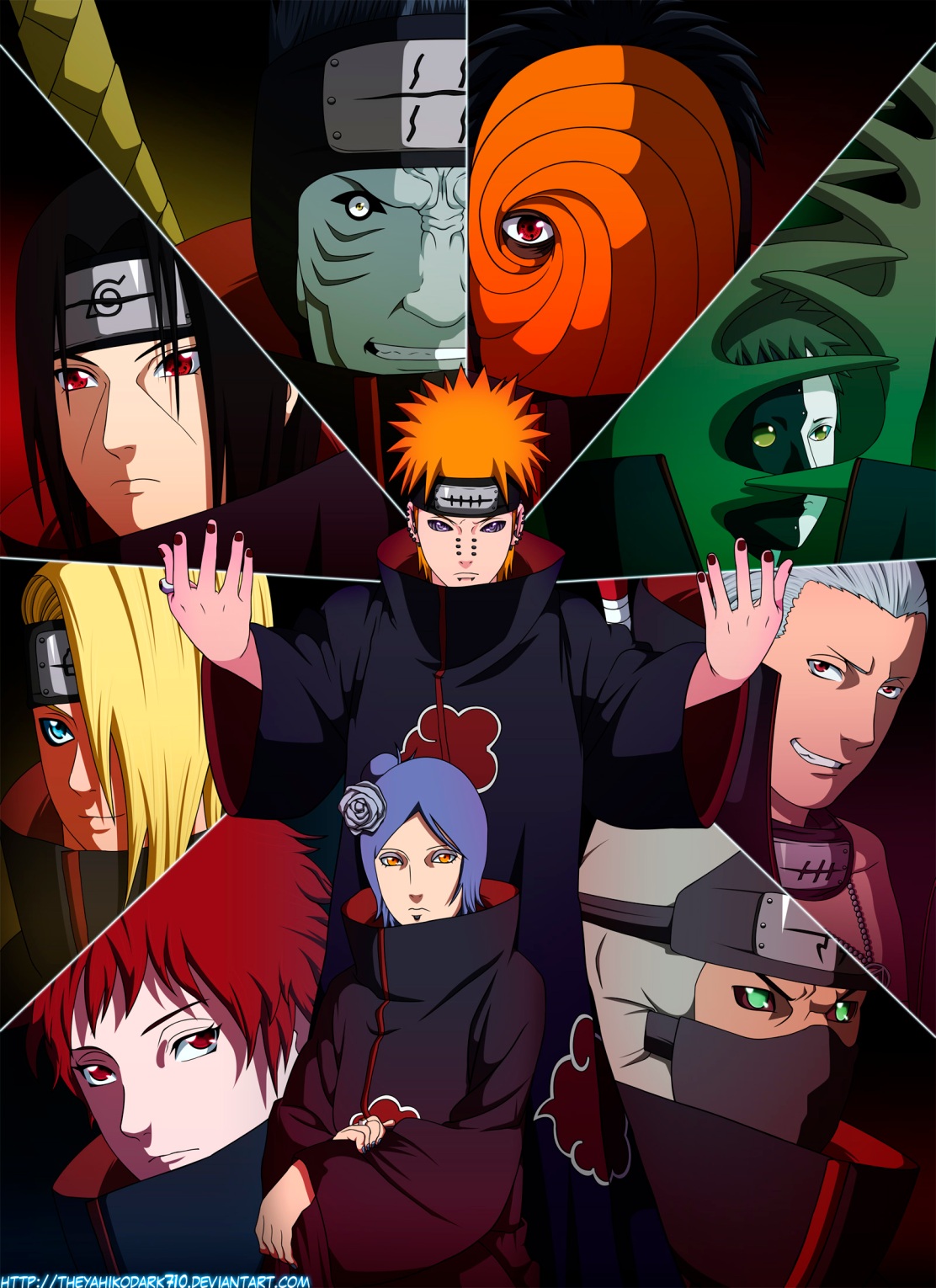 These Ten Characters were the Elite Members of the Akatsuki. Like most of us Naruto Fans, we thought that the Akatsuki were a fantastic group which had some fantastic characters such as Deidara and Kisame who had the ability to kick some ass. Even though most of them are now dead, we know that during the Fourth Shinobi War, they have come back using the Edo Tensei (Impure World Resurrection/Reanimation) to get revenge for their death. The question is:

Which Akatsuki members is your favorite and why? Do they have an incredible power, or was is just their looks?

The above image was drawn by the fantastic artist, theyahikodark710. You should definitely check some of he’s fantastic Naruto fan art. Use the comment box below to tell me what you think about the question as well as the fantastic fan art.