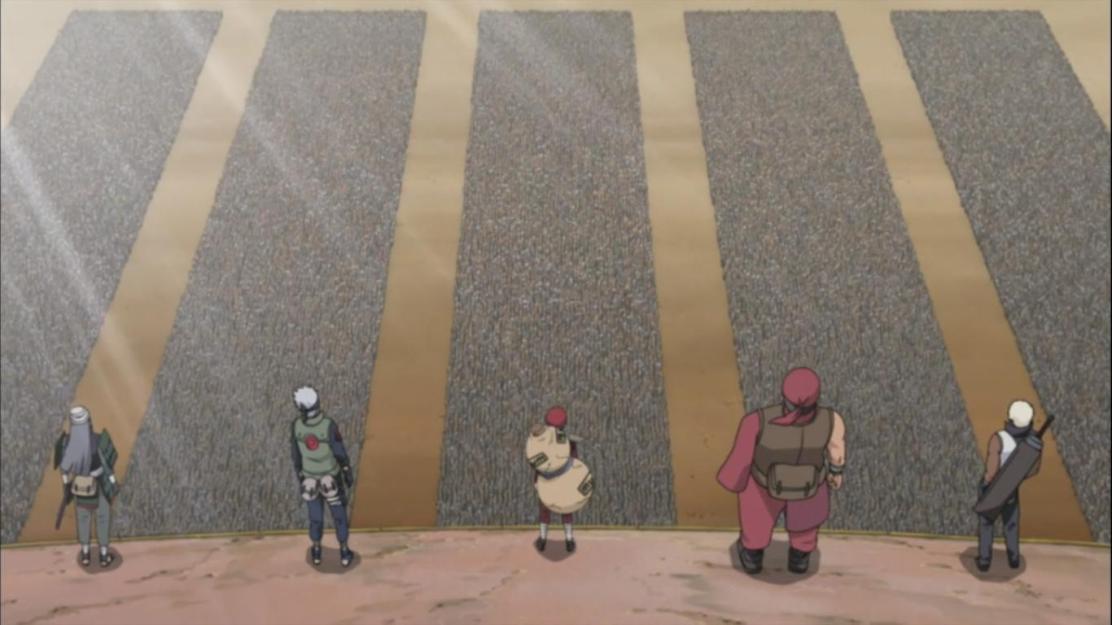 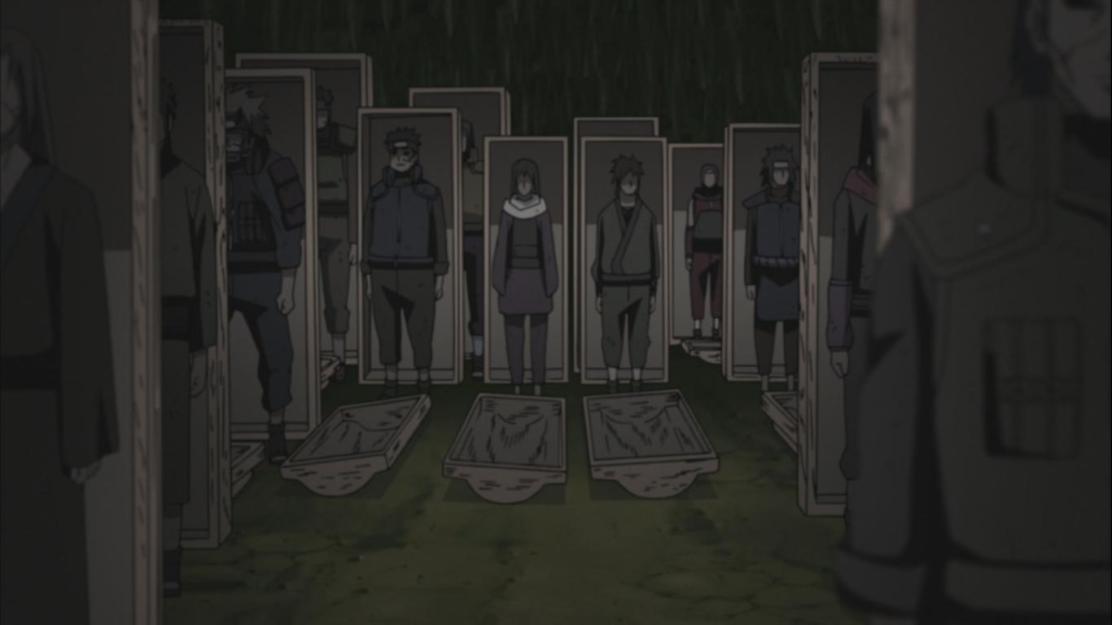 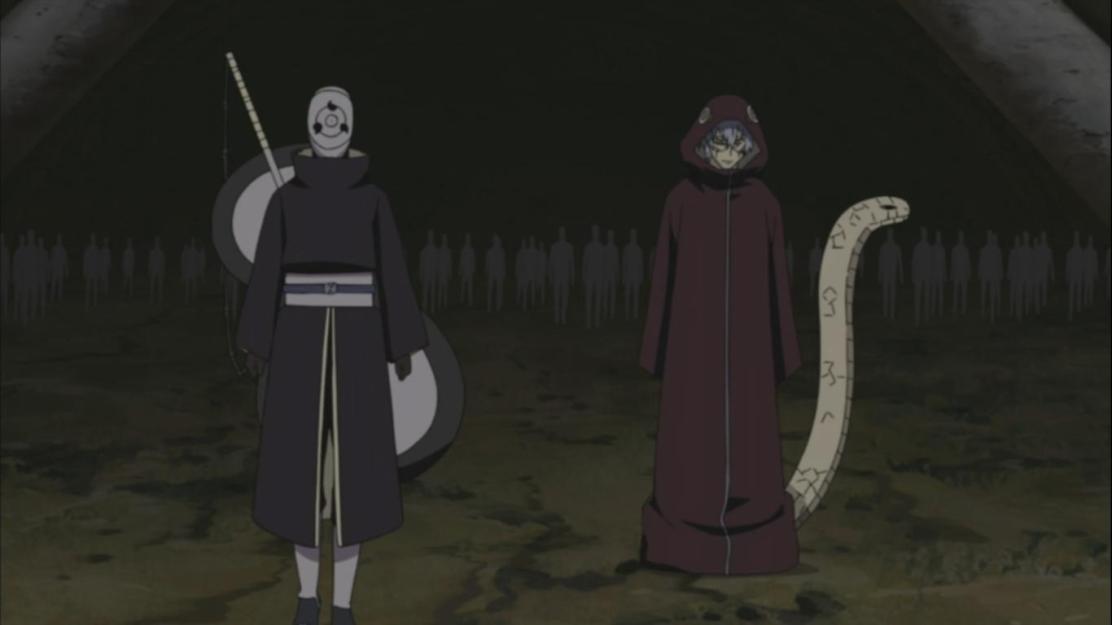 The Fourth Great Shinobi War finally begins with an exciting ending. The latest Naruto Shippuden 256 delivers an exciting episode to what both the Allied Shinobi force and Tobi and Kabuto’s army will do. The large turtle is transported by Onoki to a safe place. Naruto still does not realize what is happening as Killer Bee and the others are trying to trick him. The Allied Force is put into 5 Squad which they fall into. The Enemy also leave their place to go to war.

The episode starts off as Naruto starts to analyze what is happening. Naruto has now finished the mission he had been given. Sasuke is also shown here as he’s eyes have been now transplanted to give himself Itachi’s eyes. He tells him that the next time he see’s he will be completely different as he’ll be very powerful!

A member of the Intel seems finds out that there is a lot of underground activity, a member of the Hyuga clan uses he’s Byakugan to see that there are almost 100,000 Zetsu Soldiers. They contact HQ with this information.

Naruto is then tricked again by Killer Bee as he’s told to stock some rocks only by using he’s new Chakra Mode! He does this for a while using his Chakra Mode to train as well as being tricked by Killer Bee, so he wouldn’t notice what’s going outside the mobile island.As the large turtle is put near the island. Naruto’s collection of rocks fall on him. Onoki and the other return to Head Quarters.

We return to where Tobi and Kabuto are. Tobi is told by Kabuto to extract information without killing them as they want him to live to help Zetsu’s to get stronger. Tobi notices that Kabuto is using poison which was specially made using the cells from Hashirama to enable him to suppress the Wood Style that Yamato uses. At this point, Yamato can’t move.

The main regiment is made up of five units, each specializing in warfare. The First Company: Mid-Range Battle Unit comprised of shinobi who excel in mid-distance combat. Made up mostly of Shinobi who are weapons users.

The Second Company: Close-Rage Battle Unit specializes in close combat. The shinobi of this unit will be fighting on the front lines. The Third Company: Intermediate-Range Battle Unit will be stationed to provide support up close and at mid-range. To be part of this unit, one must have speed and physical strength.

Kabuto states that they are all ready to go on ahead. Kabuto then releases his Edo Tensei (Impure World Resurrection / Reanimation). He brings forth the former members of the Akatsuki, Itachi, Sasori, Deidara, Kakuzu and Nagato. The previous Jinchuuriki’s, Yugito, Yagura, Roshi, Han, Utakata and Fuu. The former Five Kage’s Second Tsuchikage, Third Raikage, Fourth Kazekage. Explosive Style Gari, the Demon of the Mist, Zabuza. Ice Style Haku, Hanzo of the Salamander, Granny Chiyo of the Sand, Kimimaro of the Kaguya Clan and from the Hidden Lead, Asuma Sarutobi, Dan, Hizashi Hyuga. Also others who had some skills.

Kabuto had also used Yamato, who had cells from Hashirama to help make the Zetsu’s stronger. They are all ready to go to war now. Tobi and Kabuto walk out from their hideout to go to the war. The episode ends here.

What an amazing episode. The battle is right around the corner and Naruto doesn’t even know! This is damn awesome! Some awesome characters have been reintroduced and it’s going to be fantastic! Naruto Shippuden 257 next week will be epic!