So here’s the next flop in the list of live-action hollywood adaption. The absolutely fantastic “Your Name” anime movie by Makoto Shinkai will become the property of Paramount Pictures and J. J. Abrams as they get to meddle with this absolutely perfect film. Abrams’ Bad Robot will work on the film alongside Genki Kawamura (original film’s producer). 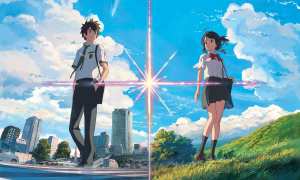 Eric Heisserer (who worked on Arrival, Final Destination 5) will be working on the script, both Paramount and Bad Robot will work with original producers TOHO to distribute the film in Japan. Shinki mentioned that “your name. is a film created with the innate imaginations of a Japanese team and put together in a domestic medium. When such a work is imbued with Hollywood filmmaking, we may see new possibilities that we had been completely unaware of. I am looking forward to the live-action film with excited anticipation.”

Which to me means that it’s going to flop and generate a lot more hype for the original movie, which was the same thing with Ghost in the Shell and Death Note. Kawamura mentioned “Until I met with the people from Bad Robot, I thought this was just a dream, but it seems it’s the real thing now. I can’t think of a better team to bring your name. to a rebirth than J. J. Abrams and his team. And Arrival, which Eric Heisserer wrote, was one of the most moving sci-fi films I’ve seen in recent years. I believe that Eric will depict the climax of your name., which mixes science fiction and a love story, in the best possible way.”

I honestly don’t expect much from the live-action movie because of past experiences when it comes to any live-action Hollywood movies. So what do you think about this Hollywood adaption? Go ahead and comment below telling us what you think and lets talk about it.