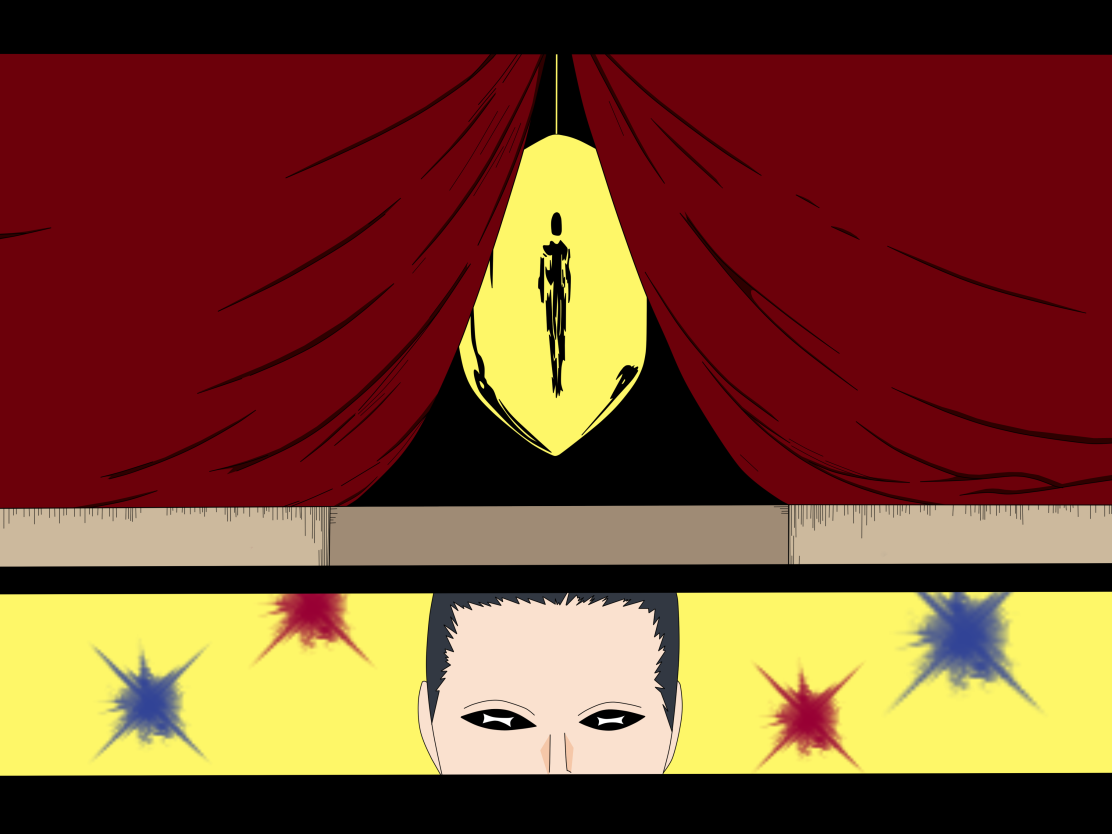 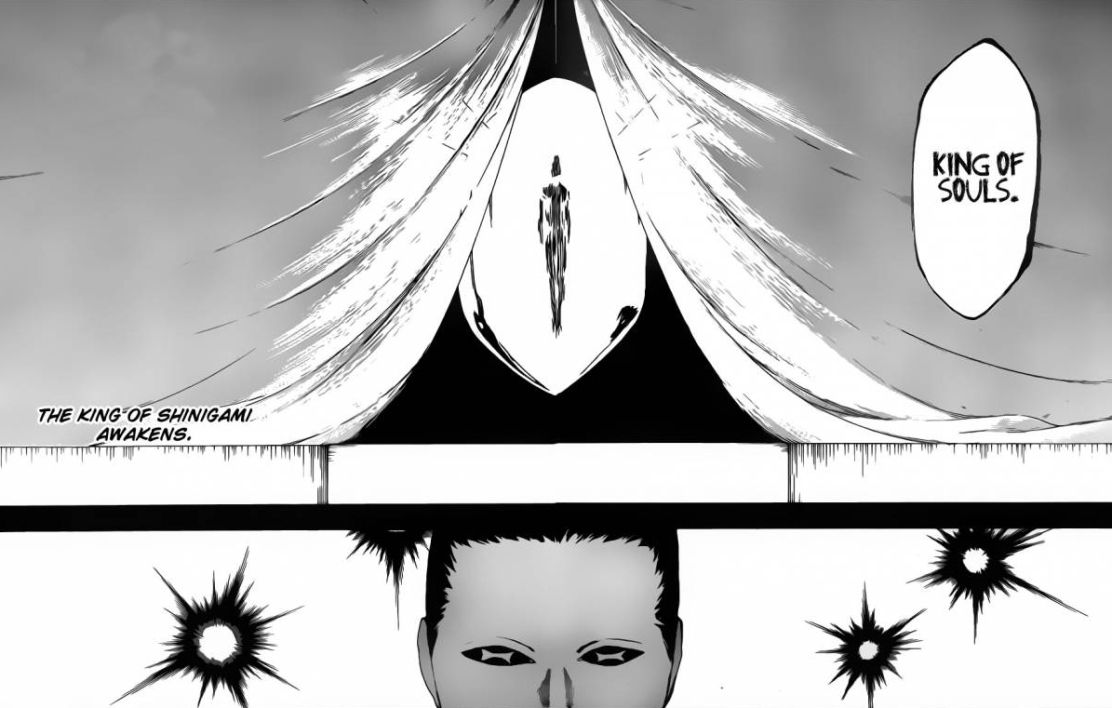 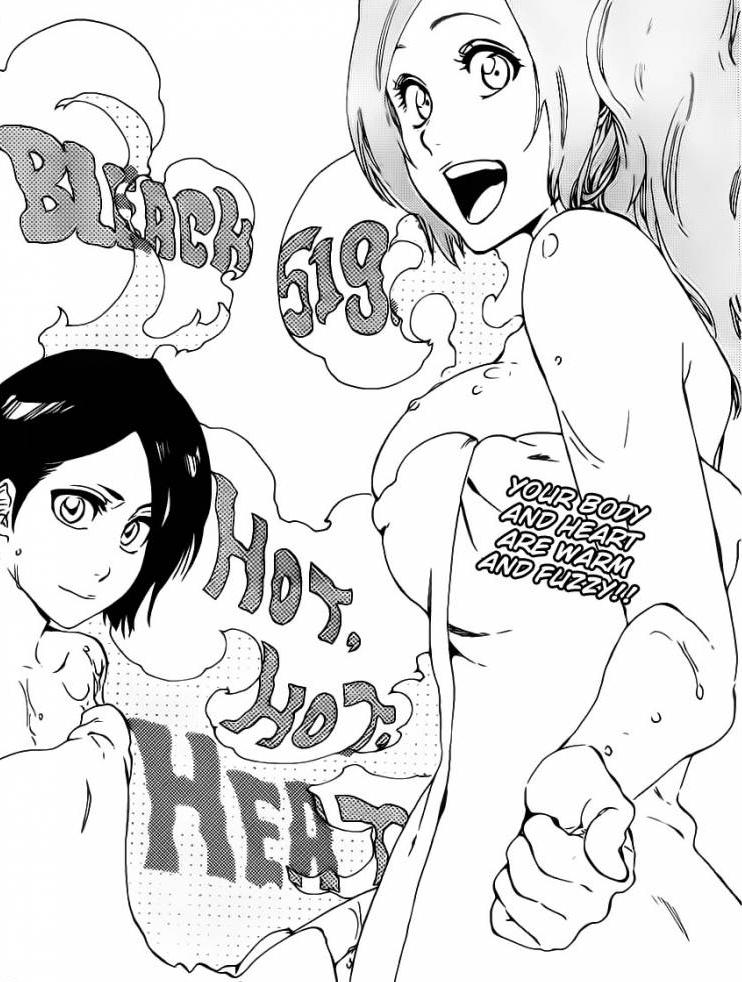 Bleach 519 reveals a whole lot more to how the Reiokyu works. We discover that the King’s Key is embedded within the Zero Division members bones, Ichigo is first told to go with Kirinji Tenjiro who tells Ichigo about how his healing pool works, and how he’s going to fix Rukia, Renji and Byakuya.

Bleach 519 begins as Ichigo is brought within Reiokyu. Osho tells Ichigo that he should feel proud because no simple Shinigami could come here, Osho then rephrase saying that he shouldn’t call Ichigo a simple Shinigami. Ichigo realizes that Aizen had done so much just to enter the Reiokyu.

Ichigo asks Osho if he doesn’t need a King’s Key to enter, and when did he use it to enter. Osho shows him his arm, he explains that the King’s Key is created with the power of the King of Souls, he uses it on the bones of who is part of the Zero Division, ultimately there are two ways to enter the Reiokyu, one is to let someone pass and the other is to come together with the Zero Division.

Ichigo is told to stand on a object, he’s told not to move or else he’ll die. Before something happens, one of the Zero Division members try to take Ichigo somewhere, out of nowhere Ichigo halts everything, he asks that he should get an explanation of where he’s going and if he’s going to meed the Soul King. One of the members speaks telling Ichigo that he can’t just meet the Soul King.

Kirio Hikifune slaps his comrade, telling him to explain properly. She explains that Reiokyu can be used to describe everything in this whole area, but to be exact, Ichigo is currently at the Reiokyu Omotesando, which is the entrance to the actual palace. Looking towards the sky, there is a cocoon like building, that is where the Soul King resides.

Ichigo arrives and goes to the Kirinden, there is a large hot spring,Ichigo quickly gets pissed on why he’s idling in a hot spring, Kirinji tells Ichigo that what he’s bathing in is a Hot-Spring Cure, something comes out of the water, it’s reveals that it’s Byakuya’s head, Kirinji quickly pushes it down telling him that it shouldn’t be floating.

Kirinji then pulls out Renji, he’s holding him like a red turnip, Rukia also floats but all we can see is her butt shape on top of the water. Kirinji explains that by keeping them underwater, their wounded reiatsu is getting squeezed out together with their blood, Kirinji then shows Ichigo the Blood Pond Hell Red Hot Spring.

That Blood Pond is where Byakuya will go when he’s completely empty, he throws Byakuya while saying this. Ichigo tells Kirinji that he’s risking his life by just throwing him. Kirinji explains that his blood is sucked away and is replenished in the Blood Pond Hell. By repeating this a few times, the rotten blood and reiatsu are completely sucked out and substituted with this hot spring water, this is his Healing Technique!

Kirinji asks Ichigo is he was Urahara’s disciple, Ichigo denies this. Kirinji somehow knows about Urahara and Yoruichi’s play ground, he asks if he ever used their hot spring to heal his wounds. That was something Urahara created after analyzing the water in his hot spring water. Kirinji tells Ichigo to shut up and stays in the water, he will heal and become a lot healthier than he was ever before. We find out that Kirinji Tenjiro is Sentouki (Demon of the Hot Water Spring).

We move to another place, in the cocoon within one of the windows, we see a mysterious man asking someone else if they’re awake, it’s really dark in that place. We see a man like form surrounded by a cocoon like object, he’s fronted by opening sheets, he’s finally described as the Soul King (King of Souls). The description mentions that he’s just awakened from his long sleep! Bleach 519 ends here!

What a great chapter, everything is moving at a fantastic pace, it’s all going amazingly great and we’ve finally seen the epic and fantastic Soul King! It’s going to be awesome seeing his full form. He doesn’t seem like a normal man, possibly some think which is in a whole new level. Can’t wait for next week’s Bleach 520!!