Naruto Shippuden 491 introduces Gengo and his large crew of followers who somehow manage to get both Soku and Ro over to which Shikamaru gets trapped in Sai’s attack. Shikamaru even forces himself to suicide whilst trapped. He doesn’t want to get trapped so forced and chokes himself at this point. 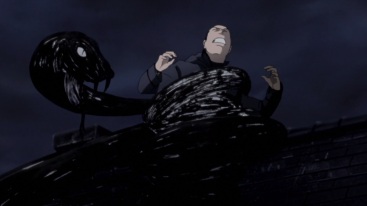 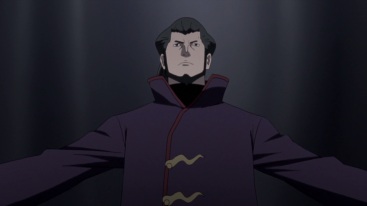 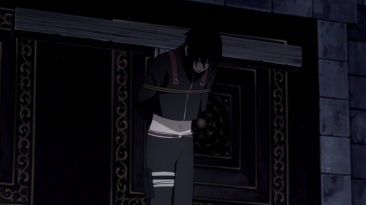 Naruto Shippuden 419 begins as both Ro and Shikamaru are looking at Soku’s dead body, but she faked just so she would go unnoticed. It seems that Sai’s team doesn’t have a reliable picture or anything of Gengo. Soku returns to Shikamaru and Ro, they mention that they can now move around freely. They’ve also got some info on the village and the buildings itself.

They go to the village to see that it’s quite busy, it used to be really bad, but now it seems like Gengo helped out the economy. They kicked out the lords of the village. They also notice that one of the ANBU has captured or transferred over. The guy also seems to have forgotten who they are as Shikamaru wants to force him to talk using his shadow technique.

He mentions that Gengo opened their eyes by getting rid of the lords. Somehow he managed to get Ro in a head lock to which they mention that he has a horrible past. We see that Gengo and his crew were all killed, except for him, this is how he developed his own technique of hiding, as he was buried below the corpses.

They see that there is something important going on. Shikamaru is told that he needs to keep his clothes in order as Gengo is about to address everyone. Shikamaru, Soku and Ro all prepare for all of this that is about to happen. They need to focus on this mission as well as to get Sai back. Gengo prepares and comes on stage.

The explosives go off as Shikamaru is ready. Sai is freed as we finally see that Sai has also been persuaded by Gengo. Shikamaru is shocked as Sai betrays him too. Both Ro and Soku have also been captured here. Sai launches a snake to capture Shikamaru, to which he realises that he needs to to do something about this, he says his farewell as he tries to kill himself. Naruto Shippuden 491 ends here.

A pretty good episode if you ask me, it looks like Shikamaru is in some serious trouble here, he’ll most likely play some mind games with Gengo in the next episode, Naruto Shippuden 492, titled “A Cloud of Suspicion”, should be good, can’t wait.