Fairy Tail 519 has been on a downwards spiral into what I can only call a shit chapter. It focuses around Erza’s abilities to somehow destroy a large meteor with a mostly bruised and broken body. Then manages to cut down Eileen, only to see that she gets stabbed and then somehow manages to push Eileen back. At which point, Eileen just stabs and kills herself because she cannot see herself killing hr own daughter. 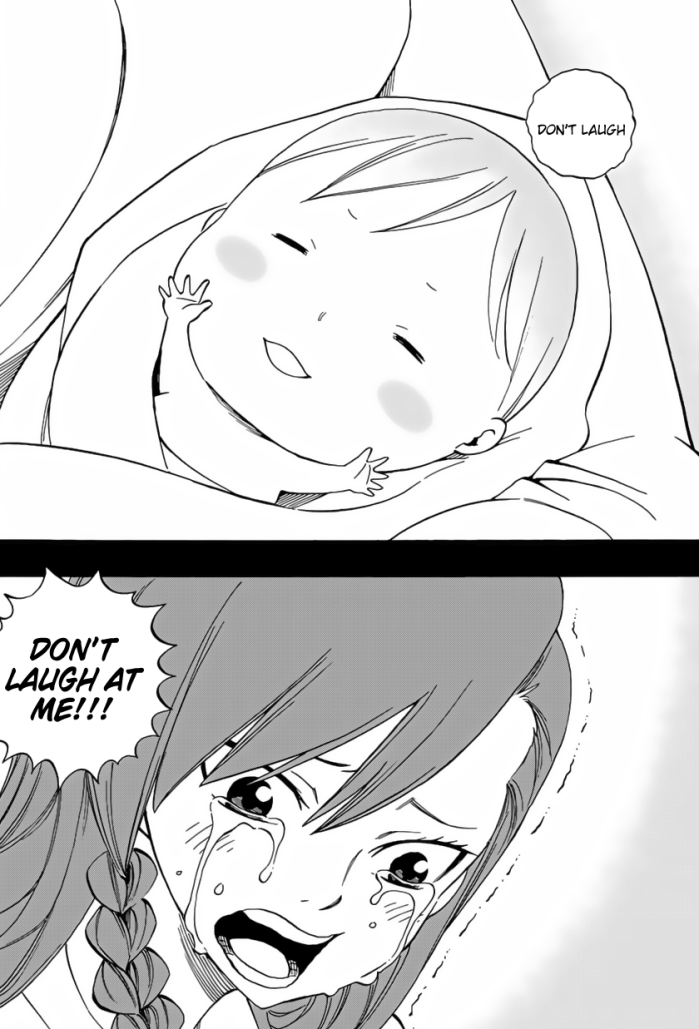 Fairy Tail 519 begins see’s Erza cutting through the large meteor, Eileen is shocked that she’s able to do that. As soon as she does this, she heads towards Eileen. Wendy enchants her sword which allows Erza to cut through Eileen’s scale and body. Eileen transforms back as she grabs Erza’s sword. She tells Erza that this is the end, then see’s Erza smiling.

This reminds her of the past, when she was crazy and noticed that Erza as a baby was smiling also, she forced her to stop smiling, but Erza kept on smiling. Back to the present, we see Erza get stabbed, she somehow managed to push herself up to bang herself onto Eileen. Erza is bleeding, Eileen again has her sword.

She is about to do something when she herself stabs her own stomach, Eileen mentions that the mightiest sorceress in the Alvarez Kingdom seems to have been taken down. She has taken countless lives but not even able to take her own daughters life. Erza asks why to which Eileen remembers the feelings she had when she left Erza. It was her smile that kept her safe all this time. It was the fact that her smile led to Eileen loved her so much. Fairy Tail 519 ends with Eileen’s death.

Well, this chapter was awful, it built up so much hype and just killed the story with the self death of Eileen. I’m not gonna lie but this manga has gotten really bad. It might be one of the bigger arcs, but this is gotta be one of the shittiest arc, I dont know how many times I’m going to have to say this. Fairy Tail 520 will be titled “Dragon or Demon.”