Bleach 684 see’s Yhwach against Ichigo, Aizen as well as Uryu as Ichigo uses his current Zangetsu as well as his previous older original Zangetsu in order to potentially defeat Yhwach. Uryu and Aizen have given Ichigo the chance and opened ways for Ichigo to be able to fight against Yhwach even if he’s the strongest member there as Uryu’s arrowhead temporarily disabled Yhwach abilities for a moment. 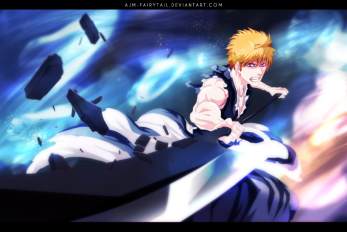 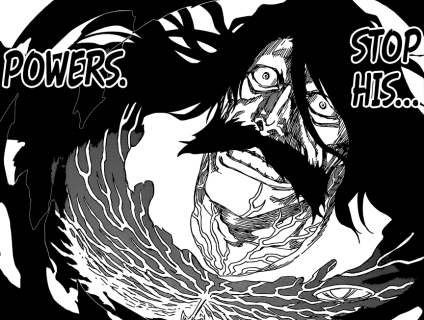 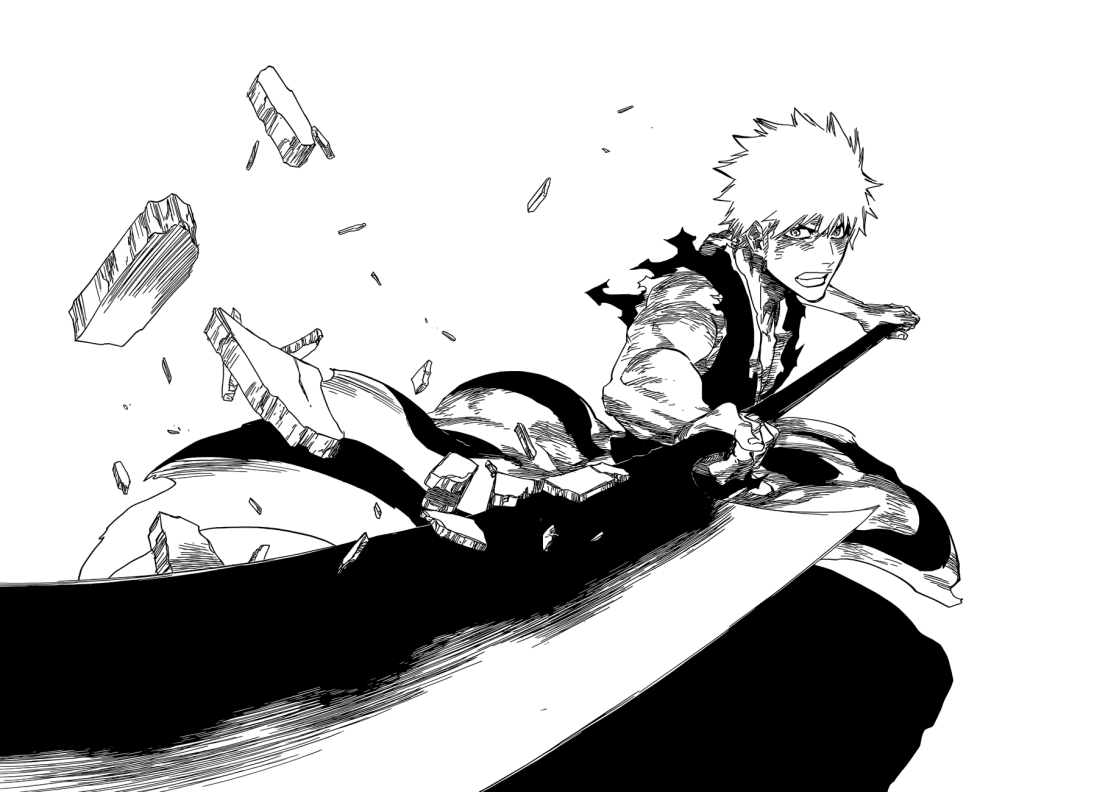 Bleach 684 begins as Ichigo strikes Yhwach, he quickly transforms into a liquid like form which falls to the ground. Aizen approaches Ichigo as he thanks him for responding quickly to his Kyoka Suigetsu. Ichigo already felt the strange feeling when Aizen also had everyone under his control a while ago.

Aizen mentions that he released Kyoka Suigetsu before he arrived, furthermore he confirmed that it messes with The Almighty. The final component was Ichigo as he’s unaffected by Kyoka Suigetsu. Aizen is surprised that not showing Ichigo Kyoka Suigetsu would have paid off like this. As he is about to say something, Yhwach covers everything around him with his black form.

Aizen is quickly covered and stopped from doing anything that would affect him. Yhwach mentions that Kyoka Suigetsu’s effect appears to have ended. Yhwach asks Ichigo if he really thinks that something like a Getsuga Tensho would be able to kill him. His power is the power to alter the future itself.

He can even rewrite the future itself, thus he shall rewrite the way he dies. Ichigo goes on to use his Zangetsu once more but Yhwach uses his powers to blow it away. Ichigo goes to retrieve it but Yhwach’s black matter gets there first and touches and begins to cover Ichigo’s body quickly. It covers Ichigo as well as the whole of Soul Society.

Yhwach mentions that he shall end this, he world and Soul Society. As he’s about to say something else, A arrow arrives and strikes Yhwach from the back, it seems that Uryu has launched the arrowhead given to him by Ryuken. Yhwach doesn’t understand that it is, he asks what it is. We learn that the silver that forms as a result of Auswahlen is referred to as still silver.

With it mixed with someone who has activated their own Auswahlen can just for an instant stop their power. This is exactly what happens to Yhwach as his abilities and powers quickly halt giving Ichigo the chance to get Zangetsu and begin his strike back at Yhwach. Uryu shouts at Ichigo to quickly go!

Yhwach mentions that there is no use, he was able to stop the power for an instant, but it won’t do anything. Uryu can already see Yhwach re-obtain his power once again, he quickly thinks that it’s useless. Ichigo strikes a broken Zangetsu, to which it breaks even further to open way for Ichigo’s original Shikai Zangetsu!

Yhwach realises that what he saw during his dream was in fact a glimpse of the future, he thought it was a dream that Haschwalth was showing him, but in fact the future. From this point of, we see that Ichigo is able to land a critical strike upon Yhwach, it slices Yhwach in two. Bleach 684 ends here.

A magnificent chapter, Ichigo seems to have gotten a critical and potentially final hit on Yhwach that it could end this fight. I honestly think that this might be the final blow Ichigo can land to stop Yhwach. This could be Yhwach’s defeat. Anyways, I honestly, can’t wait for next week’s Bleach 685, which could be the final Bleach chapter! What do you guys think, go ahead and comment down below.

Dont forget to also vote on if you think Yhwach has been defeated by Ichigo or not.