Lucy Heartfilia and Erza Scarlet both belong to the Fairy Tail guild and family along with numerous number of other fantastic members such as Mest, Gildarts and Makarov. Lucy in particular is known as the fan service member while Erza is usually known as the leader of the group including herself with Natsu, Gray, Happy and Lucy. The team usually go on numerous fantastic adventures. 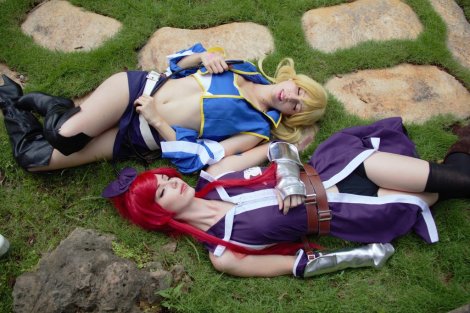 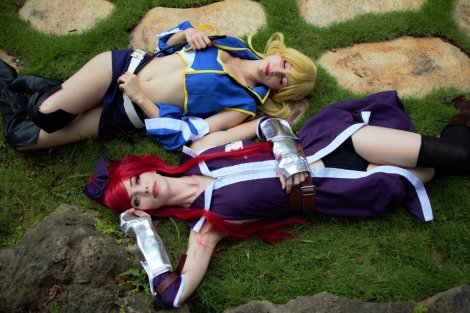 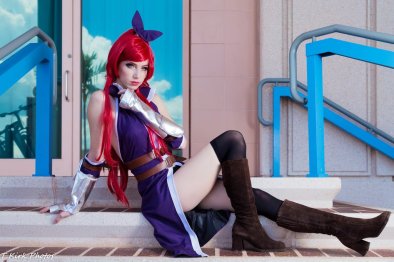 Both cosplays are amazing, Erza was done by MeganCoffey, Lucy was done by BloodyCoffee. If you like their work here, be sure to check their other stuff out. They both have some fantastic set of other cosplays which are very well done. Also be sure to share these pictures with other fans of Fairy Tail, Lucy and Erza!