One Piece began its manga journey on Shonen Jump on the 19th of July 1997. Eiichiro Oda began his journey with Luffy then grew the Straw Hat to many more other fantastic characters. The manga will be turning 20 years old next year. Next year will be full of surprises, as it’s being planned.

The first include little drawings on the magazine’s spine which shall feature mini-chronicle of the series’ development. 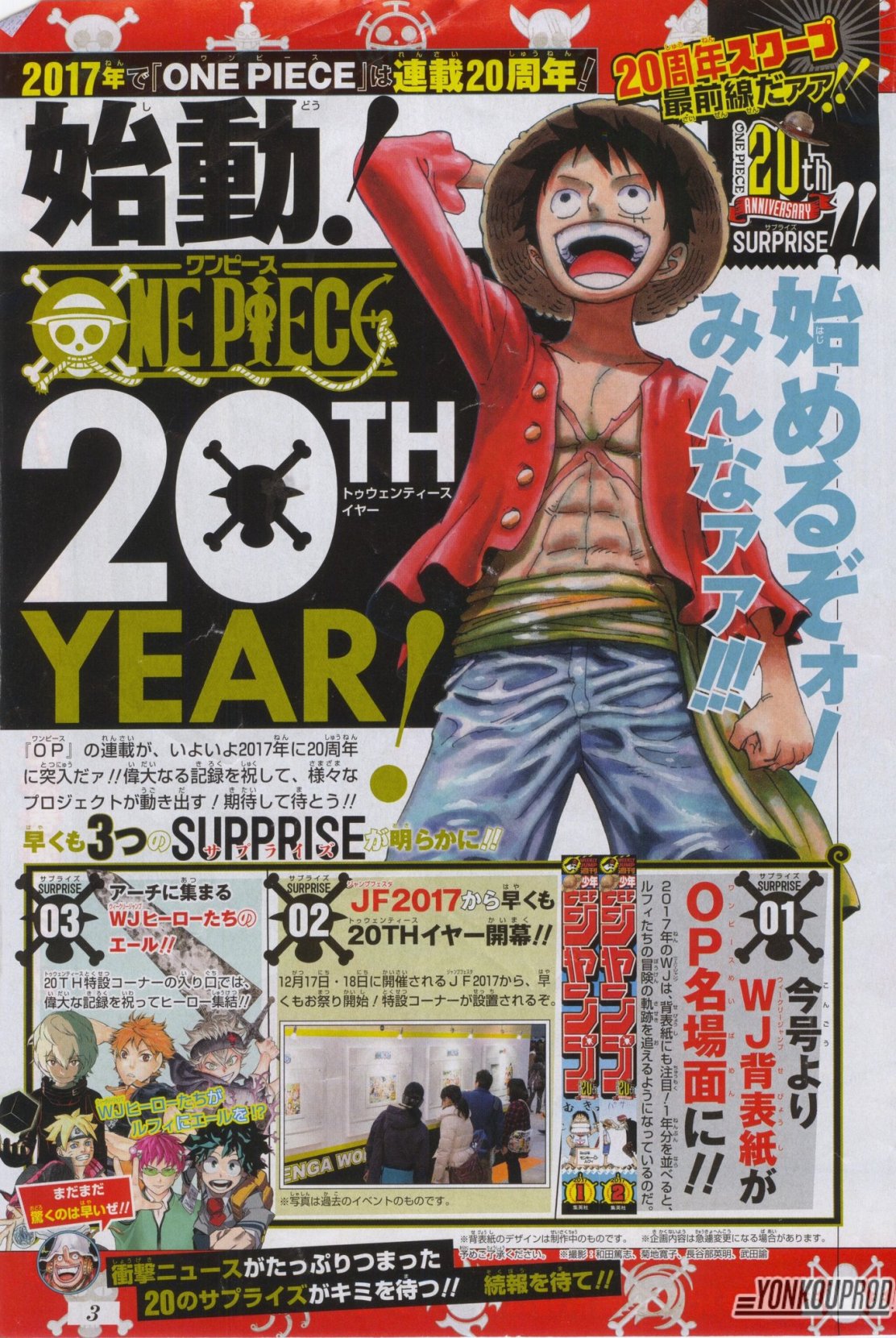 On top of that, you can see the first Shonen Jump issues of 2017 below, featuring the Straw Hats right in the middle, looks fantastic.

With that said, what do you think? I’ve nearly caught up with the anime, and will begin reading the manga after that. Be sure to comment down below telling me what you think about the year ahead.