Fairy Tail 502 see’s Mavis tricking Eileen as she is distracted by a fake illusionary Zeref, she escapes and is helped by Mest who appears. Furthermore, Gajeel and Levy once again meet up with each other as they go back to fighting. Natsu and Lucy are also imprisoned by Dimaria, while Porlyusica finds Brandish on the ground, she mentions that Natsu’s tumour could be something else and not what they predicted. 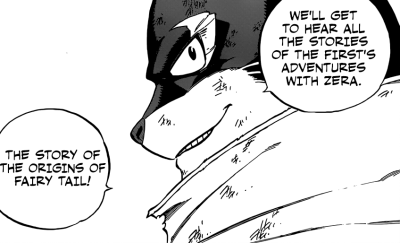 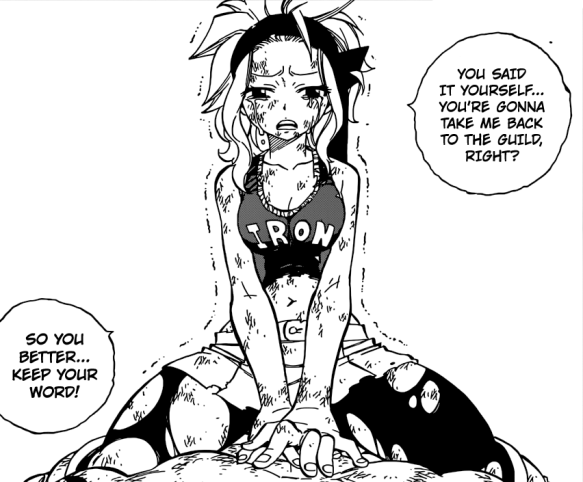 Fairy Tail 502 begins as Eileen mentions that she can take magic from things, but it has never taken this long before. Zeref appears and asks her that she needs to stop and give him some of her time as she needs to ask something. She does so when the real Zeref appears and mentions that the Zeref in front of her is a fake, it’s an illusion by Mavis, and that she has been tricked. She is tasked with finding her and bringing her back, but cannot hurt her.

Mavis has escaped but she is alone, she seems to be running, but Mest appears and takes her away. We see Droy and Jet fighting, but both are out of power. Gajeel appears and helps them out, Droy mentions that Gajeel is in worse shape compared to them, but he mentions that he’s already died once, so shielding his buddies won’t affect him not one bit.

Lily also appears, and so does Levy, she kicks him in the face and pins him, she makes him promise that he’ll take her back to the guild no matter what. Zera and others are also there. It seems like Zera is also disappearing as Mavis begins to get back her consciousness. Mest and Mavis are together when he mentions that they got a message from a girl, to which this was Zera.

Mavis remembers Zera, this is when they meet up once more and once again become one as Zera helps her out. Lily also mentions that as Zera is gone, it seems like they’ll need to ask Mavis about the origins and other stories about Fairy Tail. Mavis also gets serious as she mentions that it’s not time to take back what belongs to them, their guild.

Elsewhere we see Lucy and Natsu tied up, seems like Dimaria is planning to kill them. She blames Brandish’s death on Lucy, thus she asks how Lucy shall pay for this. Porlyusica appears by Brandish as she is wounded, she also mentions to Brandish that her earlier diagnosis of Natsu’s tumour was mistaken, it wasn’t anti-ethernano, it’s something far worse she mentions. Fairy Tail 502 ends here.

A dope chapter, seems like Dimaria might be facing anything that Natsu is about unleash, seems like it’ll be a dope chapter. We’ll have to wait and see what happens next in next week’s Fairy Tail 503, titled “The Last Sight I Beheld”, should be good!