Naruto Shippuden 432 begins Tsunade’s Infinite Tsukuyomi with an interesting twist as Naruto’s parents are alive and that Itachi hadn’t killed any of the members of the Uchiha. While Minato is the Hokage, we see some interesting bits and bobs as Naruto is the Jinchuuriki, every respects him but only because of his father. 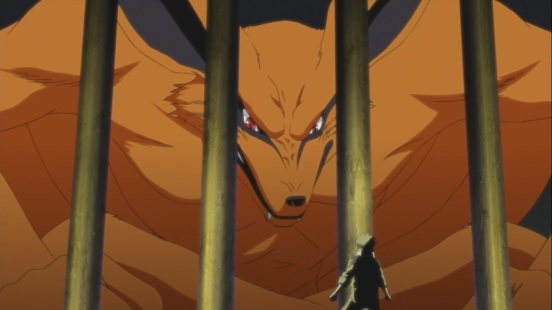 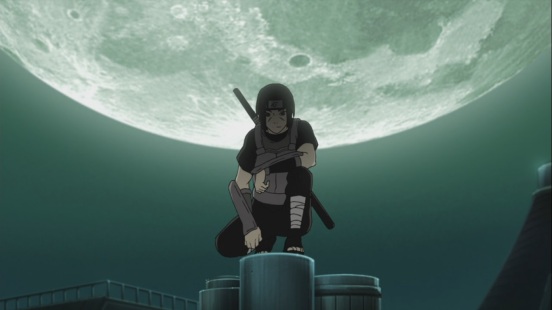 Naruto Shippuden 432 begins as we enter Tsunade’s Infinite Tsukuyomi, we enter the Leaf Village as she’s given a scroll given to her by Jiraiya, she’s under a hut where she begins to read the novel. We remember when they were having some lunch when he was writing some of his story, now that he’s finished he wants her to read it.

She begins to read it, we enter the story as we see Minato and Kushina, having breakfast as he remembers how he and Hiruzen told Itachi to just go with it and go for peace. Naruto wakes up and quickly gets his breakfast and goes on. Kushina is angry that he doesn’t eat.

Everyone notices Naruto and how he’s the Jinchuuriki who is hated, he tries to buy a mask but they try to give it to him for free, he doesn’t want to take it because of his status. He wants to pay for it. Naruto goes on to Itachi and Sasuke’s house where he’s there to get Sasuke and go to the mission.

They go on, however someone from outside the village shows up in front of the gate who collapses due to his injuries. We go the Will of Fire statue where Naruto, Sasuke and Sakura all see all the buried people. Especially, Kakashi’s father who died, but made a true message when he saved his friends but abandoned the mission, who was then hated.

They go on to do some training, Sasuke thinks that it’s bad that the most talented and least are in the same group. Naruto and Sasuke fight a little, he proposes a challenge to go up against each other to climb a mountain, to which he runs off but falls into a cavern. He remembers his power that is inside him.

They receive a signal about their mission. Naruto falls inside as he remembers what Jiraiya told him, we go inside his world with Kurama where we see Kurama give him some of his chakra to summon the frog to save himself. Kakashi and others meet up with him and go towards their mission.

We see Minato remember the moment when Kurama had attacked during Naruto’s birth. It seems that Kurama was held in place with Kushina’s power and thus half of it was given to Naruto. We then remember how Jiraiya tells Minato that Naruto will just have to strive through it all.

We begin the mission with members of the other three-man cells, it seems that even them hate the fact that they don’t like Naruto due to his status and how he is. Nevertheless, Naruto ignores it and goes on ahead with this mission, Naruto Shippuden 432 ends here.

An okay episode as we see Naruto and others in this story told by Jiraiya. Nevertheless, it’ll be something that will go on with next week’s Naruto Shippuden 433, titled “The Search Mission”, still it’s dragging a little.