As part of the 30 Day Anime Challenge, I am writing this post to answer one of the questions regarding an anime I watched which I was somewhat ashamed to watch, even if I enjoyed it. Honestly, I am one of those people who usually sticks to one type of genre, I don’t usually steer out and watch other sorts of anime unless I somehow get hooked.

So, like I mentioned previously, I’m one of those people who usually sticks to one sort of genre when it comes to anime. This usually being anime which has a hero, villain, and somehow have the hero has to get through all odds and win. This usually being translated in many different ways.

Most seasons, I try to check out most of the interesting anime which I think I may like, usually this is what others do too. I think one anime which I liked but didn’t really bother to tell anyone else was Free! An anime based on teenagers who love to swim, but once they split up, they try and face against each other to find who the best is.

The one thing about this anime was that at times, it seemed like the anime was targeted mostly at girls who would just shriek at every moment something happened. Nevertheless, the anime did have a great number of aspects, such as the tension it build up between the antagonist and protagonist.

But overall, I think there is one anime which I though I was a little ashamed that I enjoyed, even if I didn’t quite finish it. 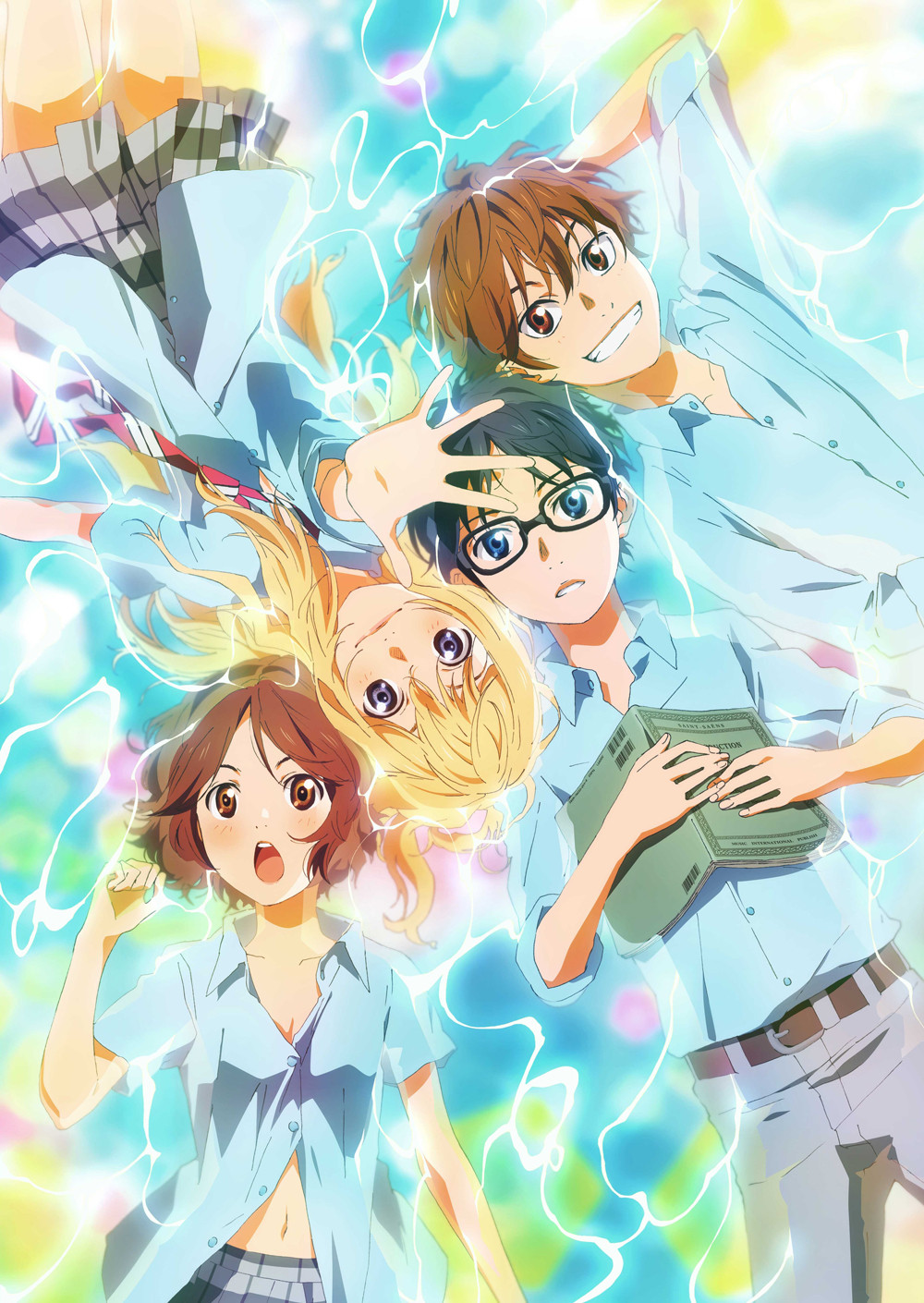 So, Your Lie April or Shigatsu wa Kimi no Uso would most likely be an anime I was a little ashamed of watching. I started this anime and was somewhat hooked by the relationship between the girl and boy, the relationship intrigued me. When I found out about the past about Kousei, and how his mother pushed him to become a great young pianist, it hit hard because those moments were really tear jerkers.

On top of that, when the series began to get even more intense, due to the fact that the girl, Kaori, was found to be ill and had some kind of illness, I instantly thought that this anime would certainly end in some kind of sad way. The unfortunate thing about this is that I didn’t actually finish this anime.

Anyways, what do you think? What are anime’s that you enjoyed but felt a little ashamed that you watched? Go ahead and comment down below telling us how you feel. Be sure to also share this page using the buttons below.