Fairy Tail 243 see’s Wendy’s Dragon Force being unleashed after breathing fresh air, on top of which Wendy vs Ezel see’s a Fairy vs Demon battling each other when there are only 5 minutes are left till Face weapon activates releasing all the Ethernanos. On top of which Mirajane fights Seilah, Erza battles Kyouka and Natsu is against Franmalth. 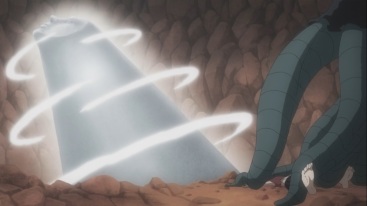 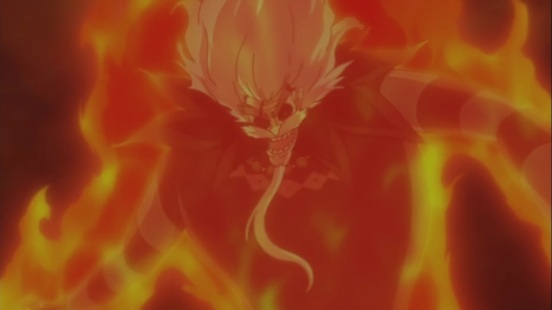 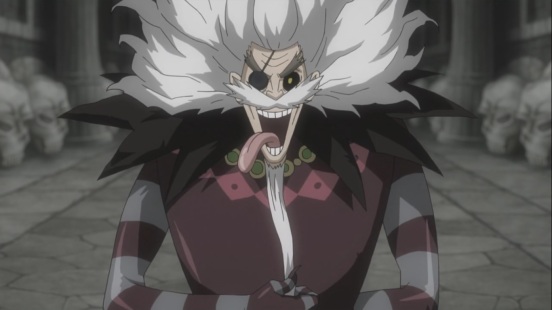 Fairy Tail 243 begins with Carla flying towards Face with Wendy. They begin to go even faster, all while Franmalth changes into his strongest form which reveals to be Master Hades, although it looks a little weird. He explains who Hades is, all while Natsu explains that they were the ones to defeat him.

Franmalth jumps into action by also showing his abilities here, hanging onto Natsu, but he escapes. Natsu uses his fire, but Franmalth just absorbs it, along with his lightning. It aids in him getting much stronger. We now go to Mirajane who battles against Seilah, she transforms into her Satan soul, while Seilah brings her books out, Mirajane tries to attack but Seilah blocks, however then Seilah uses her books to attack Mirajane.

Erza and Kyouka battle it out, neither of which have the advantage at this point. Gray and Keyes battle it out, while Keyes doesn’t get hurt because his body seems to just fall apart into nothingness after it’s hurt. Gray tries to run off but doesn’t work. Elfman, Juvia and others keep on battling in order to kick everyone’s butt in that guild.

Carla and Wendy arrive at the cavern, noticing that Carla no longer has any magic left, as she used it during her flight. We see that Wendy is being followed by an evil presence. Franmalth battles against Natsu explaining to him that he’s much stronger than him, they have around 9 minutes left before deactivation it.

Everyone steps in to battle the enemy, it seems that all hope is now on Wendy and Carla. Carla is tired, while Wendy notices there is some fresh air ahead. She is also encountered by bugs and a drip of water which scares her, leaving her to run everywhere.

She stays calm when Ezel shows up mentioning that he’s the one who activated Face, however the food options Kyouka agreed with him was supposed to be much larger. Wendy powers herself up and launches one of her attacks, however it doesn’t work as Wendy is quickly beat, even with her armor. Wendy is quickly caught, Ezel puts his arms on Wendy, while he shows her Face.

It’s an Ethernanos weapon which will explode in around 5 minutes. Ezel grabs Carla and goes to eat her, while Carla explains to her to use the fresh air, she breathes in and quickly powers up. We realise that she’s already enabled her Dragon Force powers. Fairy Tail 243 ends here.

A wonderful episode seeing Wendy finally power up and get ready to kick some ass. On top of which can’t wait for next week’s Fairy Tail 244, titled “Friends Forever”, when we see if Wendy does disable Face, while also fighting up against Ezel. Next week’s episode is a good one.