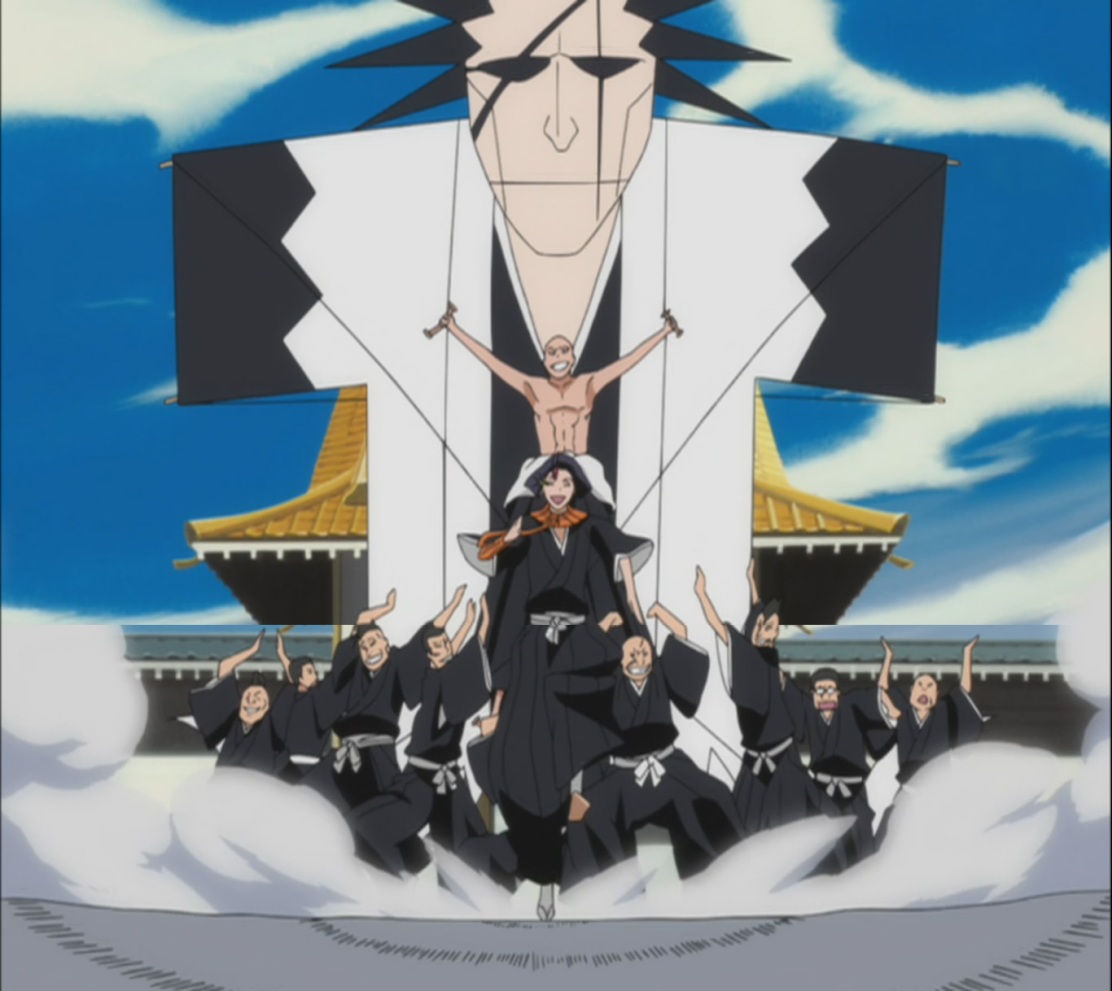 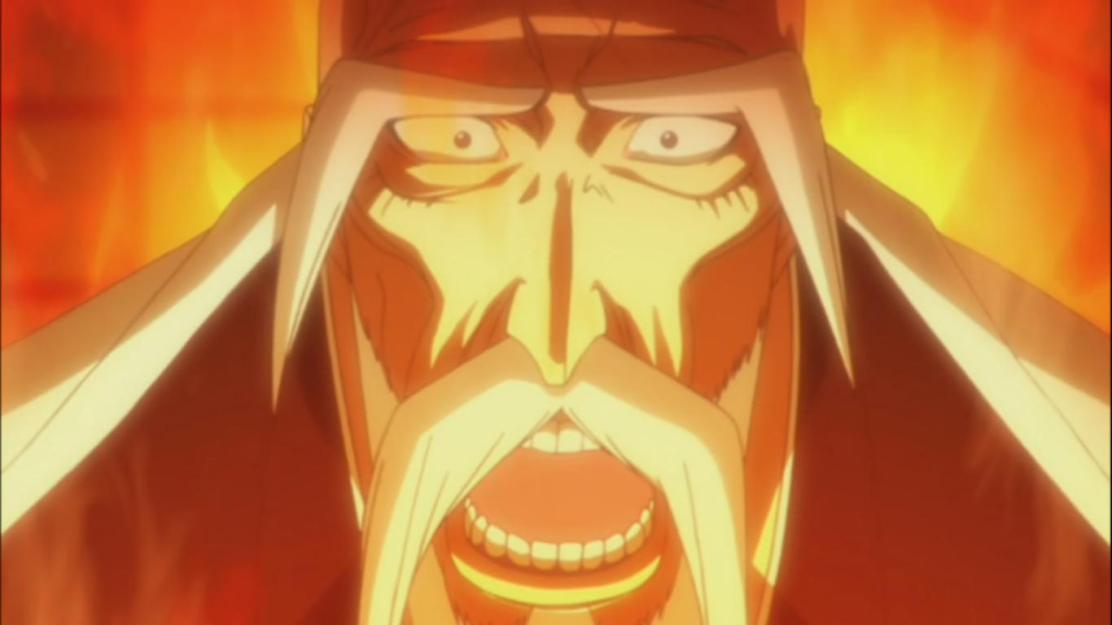 The latest Bleach 355 features Izuru Kira being the star of this episode. Kira was pointed to be the head of the New Year special episode special event which, as you guessed, went terrible.

This episode is a filler, but one thing about it is, that it’s actually funny for a filler. The story isn’t very important since it’s for the new year. So we start out with Shuhei Hisagi forcefully appointing Kira to be the person organizing the event, even if he doesn’t want to be part of it.

After planning and organizing, bringing it all together, Kira finds out that this is much more than a simple Kite Flight, but in fact it’s a Kite Fight. Both Madarame and Soi Fon have their own large kites as seen above, both of their mentors, Zaraki and Yoruichi.

They keep fighting until Kira himself launches so he could use Wabisuke on them to double their weight and send them straight to the ground. How ever this horribly fails and he falls. Unluckily he falls right beneath Genryusai Shigekuni Yamamoto’s house, this angers Yamamoto and sends his Shikai to aggressively warn everyone to stop messing around with him.

Keep in mind that this episode had two parts to it. Surprisingly this episode was actually a good one even for a Filler. I absolutely cannot wait for next week’s Bleach 356, when Ichigo’s Full Fullbring Form will come!