Boruto 21 and 22 build up the character of Shin quite well as we see Shin firstly fighting against Sasuke and Naruto but nearly losing only to get smacked by Sakura to which his trump card pulls her into his lab where he is seen operating on himself. While Sarada learns the truth about her real mother which turns out to be Karin who is currently not there. But she finds in herself to try and rescue Sakura all because of the love she has for he. 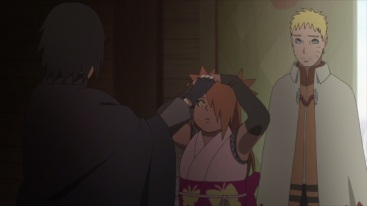 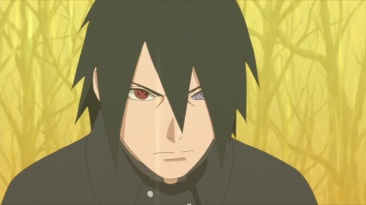 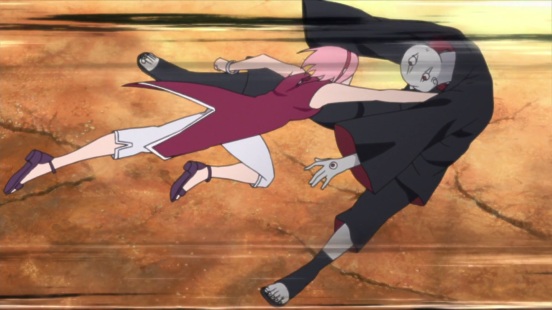 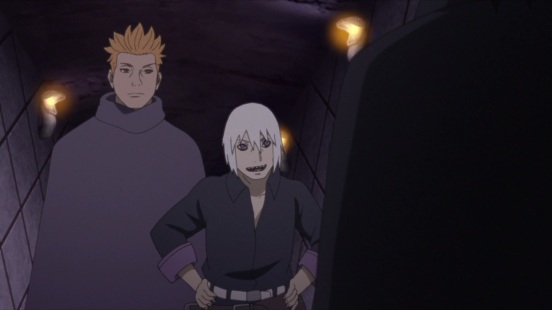 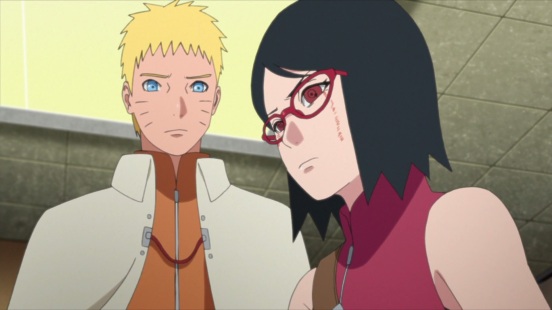 Both Boruto 21 and 22 are very interesting episodes, if you haven’t yet read the Naruto Gaiden series, then you won’t know whats going on here, but to anime-only viewers, it seems like the story of Sarada and her relationship with Sakura and Karin is being played quite well. As this is anime-related I won’t spoil it for the viewers, but this arc will most likely end the way you predict it will.

Naruto is actually doing a pretty darn good job of helping Sarada with her emotional outburst, especially as she questions both Sakura and Sasuke if they even care each other, or for her. We even see Orochimaru alongside Suigetsu and Jugo, which is a nice surprise because they’ve seemed to have grown up quite a lot, well… on Orochimaru’s case, he’s ground older and younger too.

Sakura is trapped, with Shin and his other little Shin’s around her with large knives ready to attack. The fact that we’ve seen here and now that Karin is Sarada’s mother will definitely put the relationship between Sakura and Sarada into a slow halt for a little while at least, or something amazing will happen and somehow this won’t happen and it’ll just be honky dory for the rest of the anime period.

Nevertheless, it seems like Sarada is finally getting some time with Sasuke who is quickly showing her some insanely awesome abilities like his Susanoo, hopefully she will learn something from this and grow up not to hate but love. Anyways, what did you think about these two episodes? Go ahead and comment down below as we wait for Boruto 23, titled “Bonds Come In All Shapes”, should be good.