One Piece, considered as one of the big three anime’s alongside Naruto and Bleach, well when they were still in production. When I began this blog, I was told by many that One Piece is a great anime, and that it could ever trump Naruto and Bleach. Well, I’ve caught up with the anime, and began reading the manga where the anime had reached. Lets talk about my thoughts and experiences. 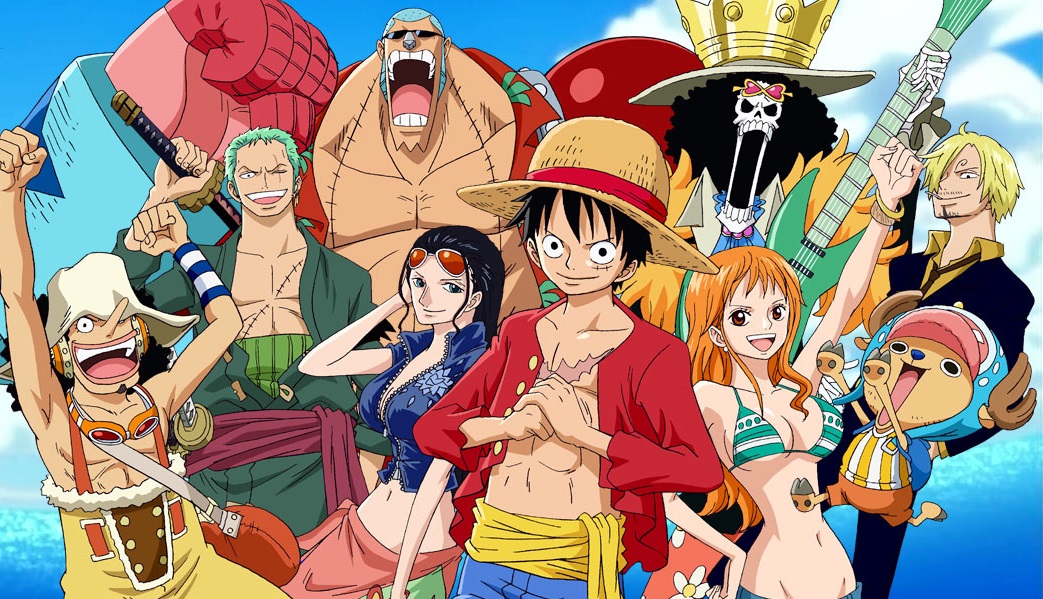 I’ve been watching One Piece for a very long time now, I’ve been trying to catch up with over 750 episodes that it has. I’m glad to finally catch up after over a year of slowly catching up by watch episodes here and there. To be frank, whenever I found time, I always wiped out my tablet and watch some One Piece episodes, at times even batch watching episodes because the arc was just too good to pass, e.g. Luffy vs Doflamingo.

Lets talk a little about why One Piece just works. I personally wouldn’t say I am an expert with anime as I’ve not watched that many, compared to a lot of hardcore anime fans, but One Piece seems to have worked out a recipe which keeps its watchers relatively happy. Oda usually splits the Straw Hats into separate groups to cover and discover what they’ll face soon. For example, Zoro always gets lost but somehow managed to work it out and rejoin the group, this also being the same with Luffy.

Furthermore, the chemistry and dialogue each character has developed is just fantastic, they have their own personality and it somehow just works. Luffy just wants to become the King of the Pirates and find the One Piece, while he is the Straw Hats’ captain, he doesn’t pressure the crew to do anything they don’t want, rather he just depends on them on where they should go next, e.g. with Nami.

With 9 members in the crew, they all also seem to get good face time during the anime. Furthermore, it’s hard to describe but the fact that the crew have somehow managed to make alliances and friends all over the place, just justifies that Luffy is truly going to become the King of the Pirates.

Lets move on to the latest arc. Luffy manages to defeat Doflamingo using his Gear Four which annihilates and saves everyone in Dressrosa. Then we move to Zou when we find out that the year of Sanji starts as his marriage has been setup with one of Big Mom’s daughters, Charlotte Pudding. Well, Sanji if forcefully made to go due to the political implications behind Big Mom’s family, Charlotte, marrying one of Vinsmokes’ prince, Sanji.

While this anime carries on, I’m getting more and more hyped to see Kaido and Big Mom appear, along with Shanks on Luffy’s side. It’ll be fantastic, especially since they’re huge name within the pirate world. I should also mention that I’ve managed to read around 20 chapters, from episode 770, and have around 30 or so more to go till I’m also all caught up with the manga.

However, I feel like if I manage to read all the manga, I won’t have anything more to wait for, so what I’ve decided to do is to stop reading the manga (for now) and just stick to the anime. I know I’ll be tempted to read ahead since it seems like one chapter is one episode.

I also mentioned a while ago that I would begin writing about OP once I am all caught up, but stuff like work and having little to no time to blog has restricted me from writing longer posts such as these (it’s a weekend and I got time to write). I will see about posting more One Piece stuff such as fan art, cosplay and news in the near future. Covering episodes and manga will be a lot harder on me to be honest, so I’ll have to see how it goes.

Nevertheless, with that mentioned, what do you guy think? OP is awesome, no doubt and I’m glad I have caught up with the manga. Tell me what you think about the anime in the comment section below.