Naruto Shippuden 463 see’s Naruto and Sasuke trying to seal away Kaguya but at each try they keep hitting walls which prevents Kaguya being sealed. Naruto goes as far as to use his Sexy No Jutsu in order to distract Kaguya in order to get a hit and move her to the middle to seal her, but fails. Sasuke is sent to another dimension where it’s really hot. Obito decides that he will give up his life to bring Sasuke back. 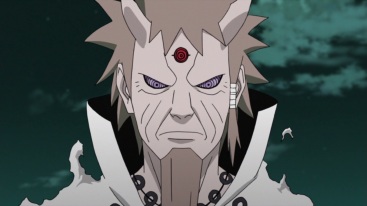 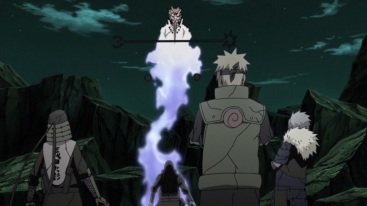 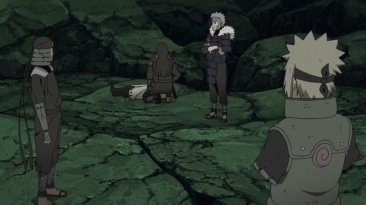 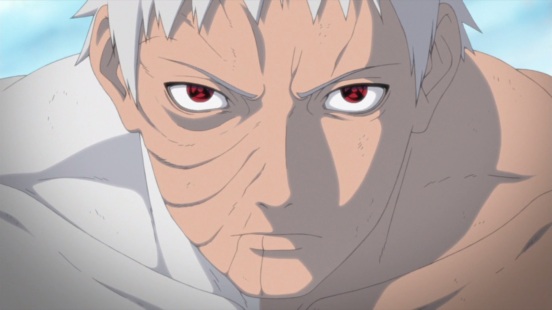 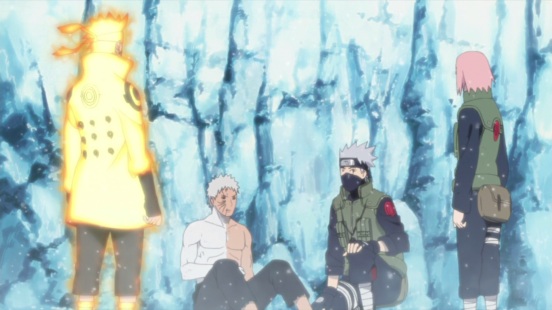 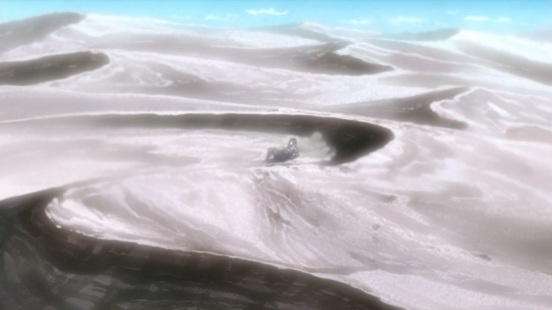 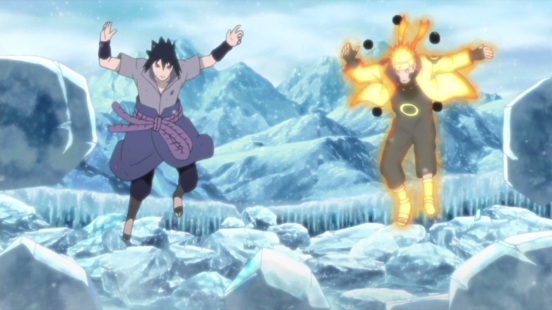 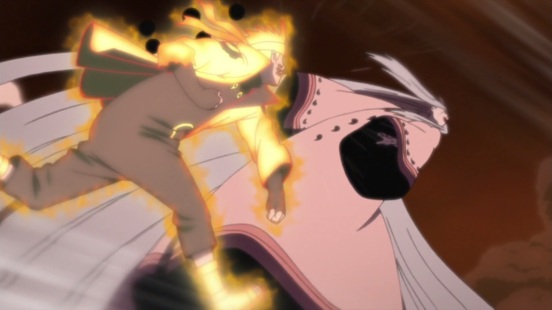 Naruto Shippuden 463 begins as Naruto and Sasuke both fight off against Zetsu’s hold on them as Naruto mentions that a mother’s love should cover their sons moving. Naruto mentions to Sasuke that he will be using a specific jutsu. He has been using this jutsu even before his Rasengan. Naruto moves on ahead to attack, he creates his clones which then he calls out his Sexy No Jutsu which transforms all the clones into it.

Sakura mentions that something like this will never work, but it seems to have as Naruto creates the space for Naruto to hit her. Kakashi remembers the moment when he was with Jiraiya as he tells him something about Naruto. Sasuke then uses his Rinnegan to teleport Kaguya to the middle of both Naruto and Sasuke, they are so close to sealing her when Kaguya jumps dimensions again.

An Ice and winter dimension where they’ve been put inside a a ice prison. Kaguya teleports away from the ice as she begins her attack as they’re both trapped. However, Sasuke uses his Amaterasu and Flame Control to break the ice. It allows them to escape. It seems like it’s Sasuke’s turn. Zetsu tells Kaguya to put them into different worlds, this forces Sasuke to be sent to a sand world where it’s hot.

Naruto is then attacked by the surrounding ice as everything crumbles and begins to chase Naruto. Elsewhere, we see Obito get up as he’s with Naruto, Sakura and Kakashi. Naruto’s clone had previously healed Obito, he asks what has happened, to which Naruto’s clone mentions that they should go to Naruto, and whilst on the way he shall tell them everything that has happened.

Sasuke walks on the sand world unable to find a way out, nothing seems to work. Obito learns about everything as Naruto thinks of a plan. He gets himself hurt and trapped, this allows for Kaguya to show up. Obito notices the transportation dimension used by Kaguya. He mentions that he can use his own technique to get Sasuke back, however it uses an enormous amount of chakra.

Sakura mentions that she will help, although it will use everything that she has. Naruto thanks Obito for everything he has done. We remember what Obito has learnt up until now, as now we see that Obito is ready to lay his life on the life to defeat Kaguya. All the Hokage’s who have been reanimated look upon Madara’s half body, they see Hagoromo appear as he will now explain everything to them. Naruto Shippuden 463 ends here.

A pretty good chapter, seems like Obito will finally start on the good side of things to fight for good. On top of which, it seems like Sasuke is in trouble and will be for a while as we return to more fillers in next week’s Naruto Shippuden 464, titled “Ninja Creed” as we see the birth of Ninshu.