Bleach 675 see’s Zangetsu and Hollow Ichigo finally become one as both transform into a brand new mix of Quincy and Hollow form for Ichigo to use. As Uryu battles and keeps Jugram at bay, he mentions that his ability to look into the future is not his strongest. Yhwach notices the great transformation of Ichigo while Orihime supports him fully. 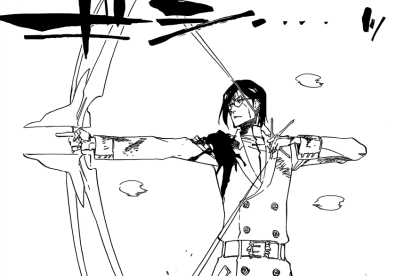 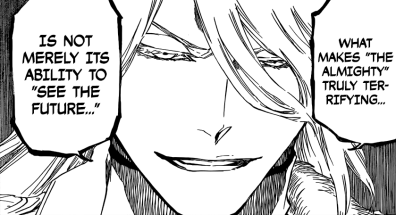 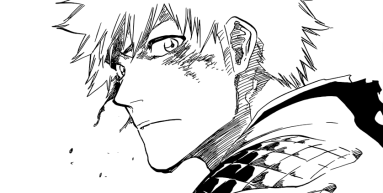 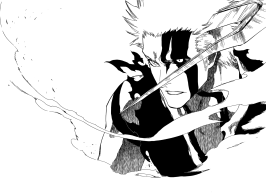 Bleach 675 begins as Uryu asks Jugram a question, he asks him he’s so concerned about the type of human he is, he never struck him as the person who would be interested in such an abstract topic, moreover, Ichigo has already reached Yhwach, and thus Uryu’s true aim was to buy him some time. Jugram mentions no matter what happens, he has seen the future, and that Ichigo will perish.

The future can be seen, but the outcome can always change. When Jugram uses its power, he is only borrowing it, but when Yhwach uses it, it’s at a whole new level. Thus what makes “The Almighty” truly terrifying is not merely it’s ability to see the future. Uryu is shocked about this, Jugram mentions that he shall tell him as he ends there.

The time has come to place everything he has on the scales, the one that blocks you from the road can never return down your broken scales mentions Jugram. We see Ichigo try to attack back, but Yhwach’s powers is too grand. Orihime ties to stop him, but Ichigo gives her the look which shows her that he’s okay and thus let’s go.

Ichigo steps in while Yhwach asks him a question, but he doesn’t answer, as Yhwach mentions for Ichigo to stand tall, fight and breath his final breath. Ichigo is attacked and pushed back, he notices that the tip of his sword turned white. Orihime calls Orihime to block the attack, which she does. He thanks her for the help while Orihime tells him that she had previously frozen.

Ichigo tells her that he’s been waiting a buying some time to unleash his Quincy reiatsu! We see more of his sword turn white as Orihime also notices. A large blast of white clouds appears as Ichigo seems to be changing, Yhwach notices what has just happened. Ichigo’s form has completely changed, his new form consists of a horn on the left side of his head with black marking run down his face, his clothes have also been shredded while his hair also grew upwards. One of his eyes also resembles Hollow Ichigo! Bleach 675 ends here