Fairy Tail 469 see’s the death of all four members of the Wizard Saints against God Serena, Draculos, Wolfheim, Warrod and Jura are all killed by Serena who shows them the true nature of his power. All while Natsu collapsed because he has exhausted his body and a anti-ethernano tumour has appeared, so Brandish uses her own magic to reduce the size of the tumour. 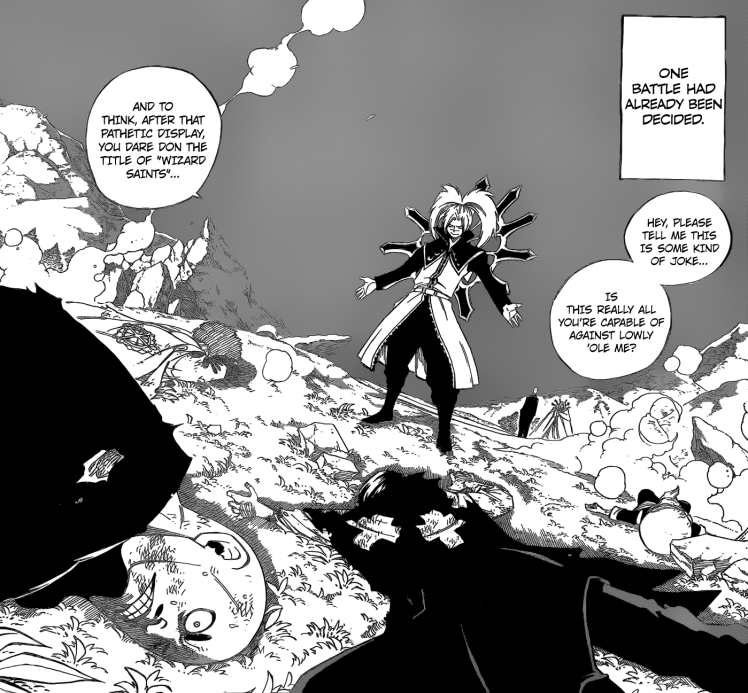 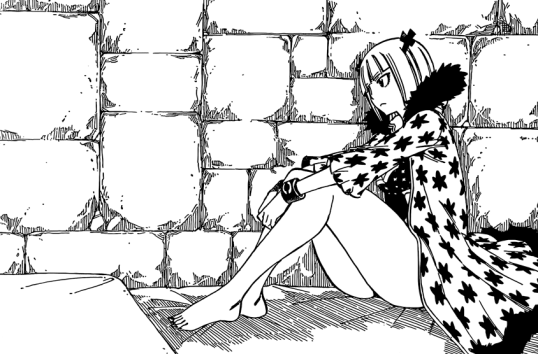 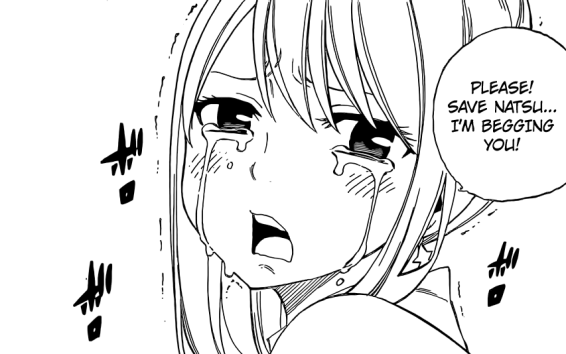 Fairy Tail 469 begins as Lucy checks for a pulse as Natsu is on the ground without a pulse. Porlyusica tells Lucy to get away as she checks Natsu on why he’s like he is right now. She figures out that as he uses a lot of therefore has developed a mass within himself causing all the problems. It’s called a Anti-Ethernano Tumour which has developed due to the overexertion.

There is nothing that be done by any doctor on Ishgar, surgery is required but it cannot be done by her. Wendy or Chelia’s magic will not affect him at all because of this. There is nothing they can do, however Brandish notices Lucy’s emotion. Brandish mentions that if they remove the magic seals from her, she is capable of altering the size of all matter in the world.

If she can pinpoint the tumour and it’s location. They can shrink it to the point that will be a nonfactor. They are shocked, but go through with it. Lucy begs Brandish for this. Makarov mentions that Natsu is flying out of the door, then he’s making him worried when he comes back sick. They seem to have done the most critical parts, it seems that Natsu will be okay.

Porlyusica asks if Brandish is their prisoner or not. Makarov cannot tell her about this. Brandish had previously asked asked for her jacket as Makarov mentions that she’s quite the confounding young woman. Lucy and Happy go to Brandish’s cell as they thank her for what she had done for Natsu. There is no need for her to be in a cell, however Brandish mentions that she is a prisoner of war.

And that she has no intention of becoming her friend or confidant, she she’d like to stay alone. Aquarius appears and wants to talk to Lucy for a while. Aquarius mentions to Brandish that she wishes to see her someday, when she has to shout to Brandish to get her to talk as she agrees to it. Aquarius forgot to tell Lucy something.

This something is that her key has been reincarnated, however the key itself could be anywhere in the world. It could be in any faraway place or somewhere really close.  Aquarius will not give her any clues or hints to find it. Lucy understands this and mentions that she’ll find it no matter what, she won’t give it up to anyone else. She is her best friend, and that goes without saying.

She looks forward to the day she will find her, she disappears. Lucy doesn’t want to lose anyone here. As Lyon’s group begins to retreat a little they see that they are losing this fight against the enemy forces. Kagura remembers how her clothes were ripped apart to nothing but her panties, she was pretty much naked. She feels embarrassed about this.

Northern force, Sabertooth and Blue Pegasus were also forced to retreat because of Bradman. They suffered a great deal after it all. Eastern front, we see Go Serena has taken out Draculos Hyberion, Wolfheim, Warrod Sequen and Jura Neekis. He boasts how he’s only used a fraction of his power against them and they cant even fight.

A pretty brilliant chapter if I say so myself. A lot seems to have happened, on top of that it seems that God Serena is just an immense power. Who can defeat him if 4 members of the Wizard Saints can’t even scratch him. Can’t wait for next week’s Fairy Tail 470, titled “Hybrid Theory”, when we see fight or action of plan.