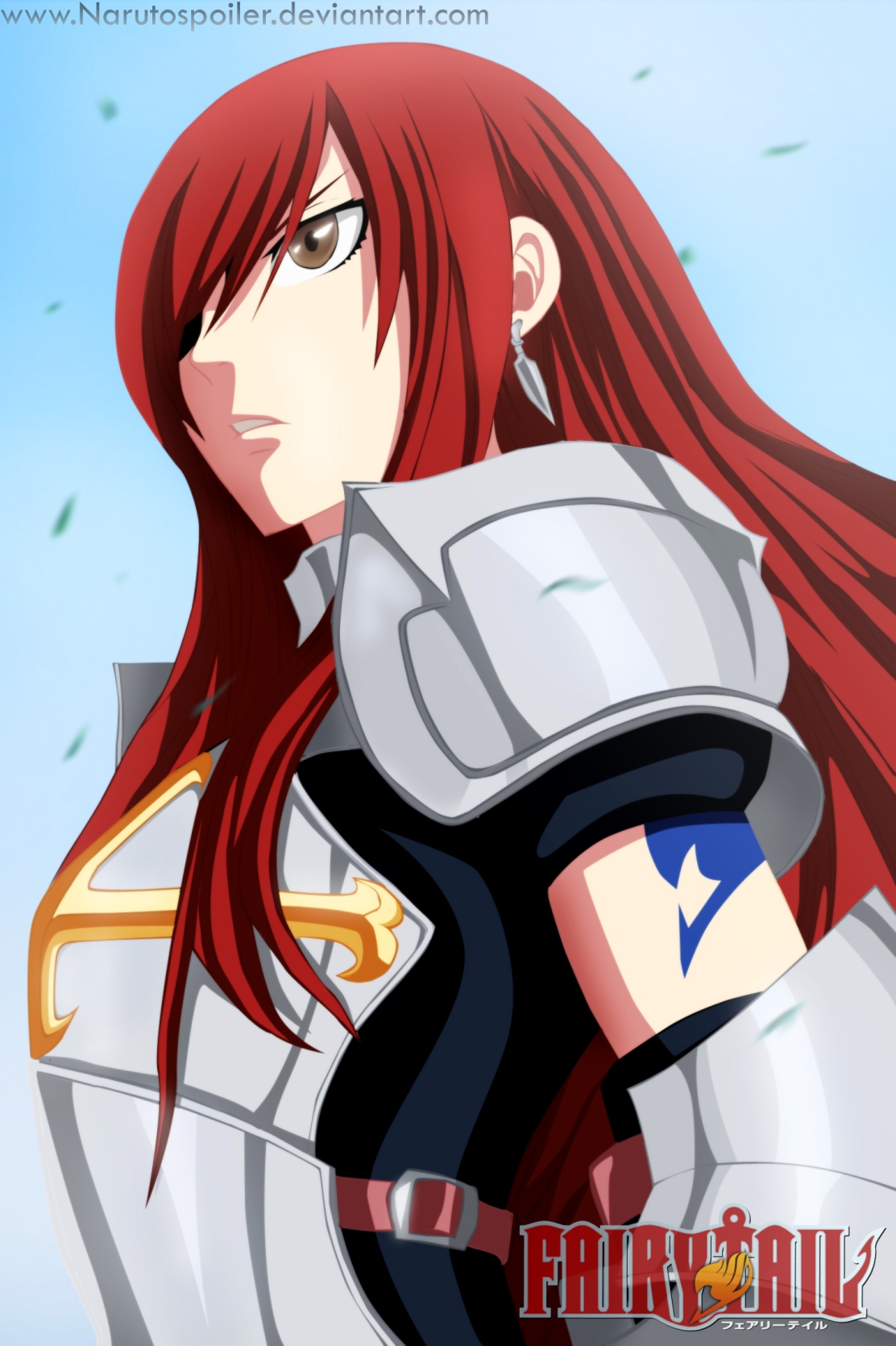 Fairy Tail continues with Chapter 284. Yukino finds out that someone had busted into the Sabertooth Lodging to fight them, she predicts that it could be Natsu. Day 3 begins with Pandemonium as their next challenge. They choose the number of monsters they want to fight out of a hundred. Erza is picked first, she picks all 100 giving her the maximum number of points, she wins, everyone cheers for her!

FT 284 starts with a chapter name Pandemonium. In the town, Yukino overhears a couple of people about how a person had busted into Sabertooth’s lodging to attack them. Yukino wonders if that person who had attacked the Sabertooth guild could be Natsu.

Day 3 of the Competition Portion begins! Lahar is guest at the commentary table. He brings along Doranbolt so he could see using his own eyes that Fairy Tail is okay because they had disappeared for a while now.

The temple where evil monsters nest, Pandemonium rises up from the ground. The pumpkin explains the rules for this competition portion. He explains that there are 100 monsters within the temple. They are devising into five levels, D with 50, C with 30, B with 15, A with 4 and S with 1 monster(s). They show them a D class monster and everyone gets scared because of the looks and powers it had. They show some of the monsters and every is surprised by the size and strength of them.

As the class goes up, the battle power goes up exponentially. The S-Class monster has strength such that even one of the 10 Wizard saints can’t be guaranteed to defeat it alone. The pumpkin explains further that each person has a Monster Right. This Monster Right is the number of monster they choose out of hundred. Points are awarded to the number of monsters defeated with no regards to the monsters rank.

They all take a number out of the box with a number at the end indicating the number at which they enter the temple. Erza is picked first with Cana being last. Erza tells the pumpkin that she wants to take all the 100 Monsters at once! Erza’s Challenge Right is 100! Everyone is surprised at the amount of monster Erza picked! Even Doranbolt, Mavis Vermillion, and even Makarov Dreyar was surprised. Natsu and Gray laugh at the fact that she picked that many monsters to defeat.

The Pumpkin tells her that it’s impossible because the Temple itself wasn’t designed for such a large number of monster at once. The battle starts and she absolutely slaughters the monsters with her sword. As she becomes covered with wounds, the fairy hat should have fallen to Earth dances. She keeps on going. Everyone is surprised at the number of monsters shes beat Even the Special Monster (Class S) is beaten by Erza even after being stated that it’s unlikely to be beaten by the a Wizard Saint.

She beats all of them with everyone smiles as well as crying with excitement that she went through all of that to beat all of the 100 monsters! She is admired by everyone who is watching. It’s as though it gives hope of the strongest guild which was best 7 years ago! Fairy Tail 284 ends here!

What a fantastic chapter! With an amazing reminder of how Erza can look so stupid but actually pulling it off at the end! She’s truly an amazing mage! Fairy Tail is truly a fantastic guild! She deserves it all! Can’t wait for next week’s Fairy Tail 285, titled “MPF”. Doesn’t give any hints to what it could be.