Naruto Shippuden 417 focuses on the past between Obito and Kakashi, as they finish their mission and Kakashi learns how to behave during missions. On top of which Obito saves Naruto by giving him some of his Tailed Beast chakra, while Guy appears and saves Kakashi from an attack from Madara. 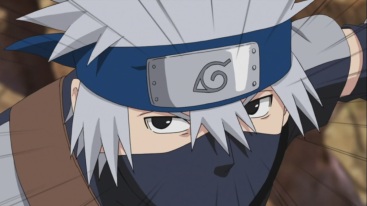 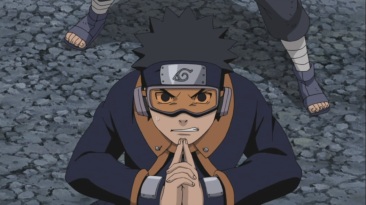 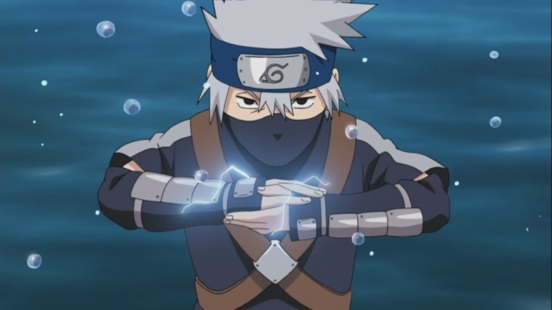 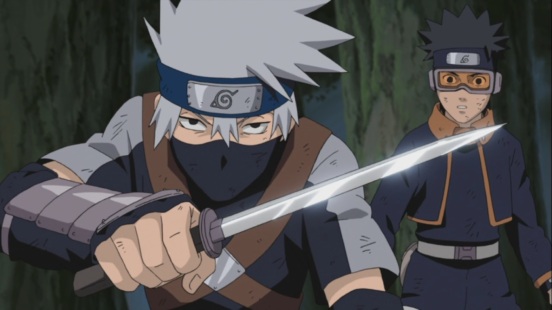 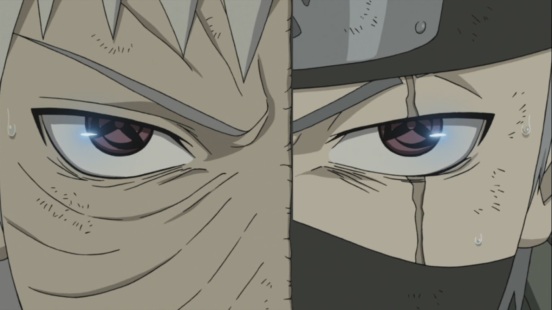 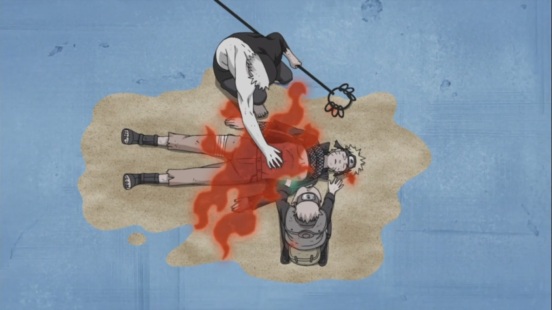 Naruto Shippuden 417 begins as Guy and Rin face off against the traitors, Kakashi faces them using a mud wall then slices one down. Then saves the injured one. After Minato and Obito show up, he explains everything. They even look at the scroll that was given to them. To which they think that the person they left behind might have it.

Obito wishes and pushes them to go back and save him explaining that Kakashi’s way of the ninja is pretty bad. He quickly goes back with the help of others. The other lost member is quickly spotted by the enemy, quickly attack, Obito shows up and burns all of it down.

The enemy attacks, Kakashi causes an explosion and lights them up with his Chidori. The scroll the man had, had been left which is now lost. It’s down stream, the enemy spots it and quickly takes and withdraws. Kakashi, Obito and others attack and chase for it. Minato arrives and quickly saves him.

As they go back, Kakashi mentions that it seems that both those scrolls could have been fakes, and mentioning that they are decoys, by placing Minato with this crew, they were able to take away concentration from the others who may have had the real scroll.

We go on ahead when Minato explains to Obito how Kakashi’s attitude changed after his father, Sakumo had died. He mentions that after he had to face a decision, to save his comrades or complete the mission, he saved his friends. However, his own friends had told him that he should have saved the mission constantly. Thus he had taken his own life.

Obito realises Kakashi’s emotions, later on when Rin was captured, we understand that Obito knows about Kakashi and how he only wants to finish the mission, but this one time he has to save his friend. To which he saved Obito, and Obito returned the favour. Obito and Kakashi both save Rin.

They are now prepared to work together against Madara. They will use the real power against Madara, their Mangekyou Sharingan in order to beat Madara. We also see the past when they were all friends with Rin and happy. Madara knows that they will try and distract him.

Kakashi and Obito are ready, Madara attacks with his balls, however, Kakashi and Obito both point their Kamui at Obito, increasing the speed at which he travels. This aids in Obito helping to give Naruto his life by giving him a tailed beast. While Guy arrives and aids Kakashi by blocking the ball. Naruto Shippuden 417 ends here.

A pretty good episode, it’s good to know that the fillers will most likely be finished by now, hopefully for a while. I guess the battle between Guy vs Madara will begin and it shall be awesome. On top of which we’re still waiting for an even stronger foe. Can’t wait for next week’s Naruto Shippuden 418, titled “The Blue Beast vs Six Paths Madara”, when we see Guy’s past, and his battle against Madara. It’s going to a battle you’ll have to watch.