Bleach 603 shows the sacrificial nature of Yhwach as he uses the lives of the previous Stern Ritter in order to bring life to the current Stern Ritter Elite Force! Squad Zero are in trouble as they once have to fight against the Elite Force, however now they’re much more powerful after enabling their Vollstandig! Liltotto manages to save the life of Giselle as she sucks the life out of her puppet. 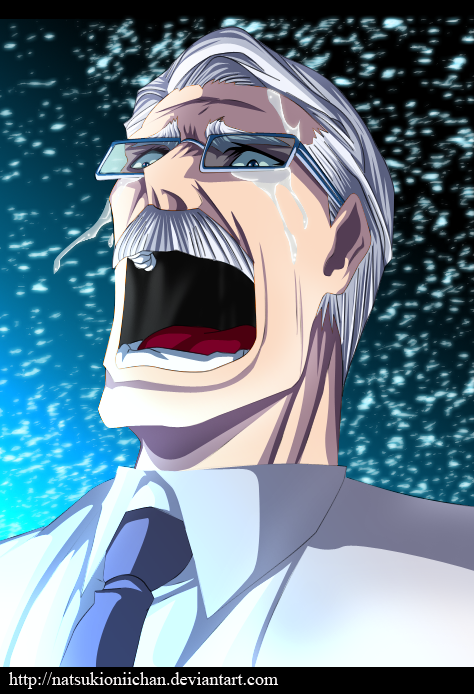 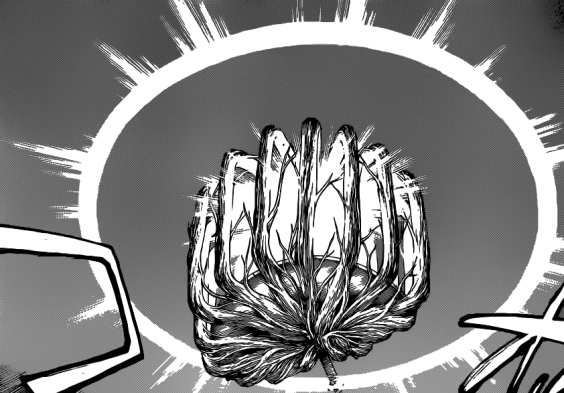 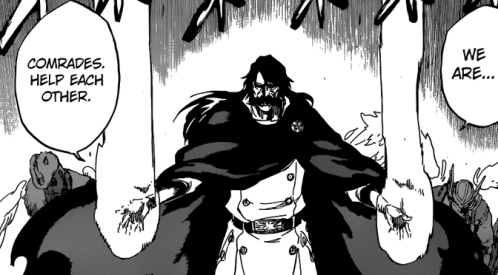 Naruto 603 begins as Yhwach gets ready and steps and powers up his power, we see Nimaiya mentions if he should wait or attack since he doesn’t know much about his power, only that he had a clone and the attacks he used a thousand years ago. Nimaiya mentions that with his sword he can cut anything so he could attack.

A light appears above the Cage while in Seireitei it begins to rain, we see a puddle of blood run of when we see Giselle and Bambietta while she helps Giselle regain her strength and energy as she sucks her blood, Bambietta tries to fight her as she’s taking too much blood but cannot since she’s being controlled.

Giselle all her blood, she finds Bambietta cute for being dead when Liltotto appears out of nowhere. She knew she would be alive. They discuss how she had to eat Pepe for taking over Meninas. She was taken over by Pepe so she had to be eaten. We see Robert Accutrone, Stern Ritter “N”, stand by Liltotto with his weapon on her.

Robert mentions that they were not chosen to go up with Yhwach, this meaning that they are all finished as he cry’s his eyes out. They have been deemed unnecessary for this oncoming battle, newcomers like them wouldn’t know but they don’t know what Yhwach is capable of!

He mentions that the Stern Ritter exist for the sake of his majesty, if they no longer have any use, they are deemed unnecessary and will become Yhwach’s fodder. A light from above comes when it lands on Robert, it burns him and takes out all of his skin. It seems he’s killed and power taken.

Two more arrive when Liltotto pushes Giselle out of the way to escape it, to which they do. Other Stern Ritter’s are also targeted as their bodies are quickly disintegrated. Yhwach mentions that they are all comrades who help each other when Liltotto shouts at him. We quickly see the Elite Force come back to life right before Nimaiya’s eyes. Bleach 603 ends here.

A fantastic chapter and awesome to see Yhwach and his power get revealed, it’s awesome that his soldiers have once again come to life. Now he’s even more powerful that they’re back and can counter Nimaiya. Can’t wait for next week’s Bleach 604.