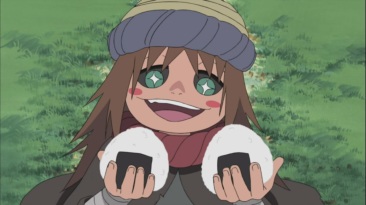 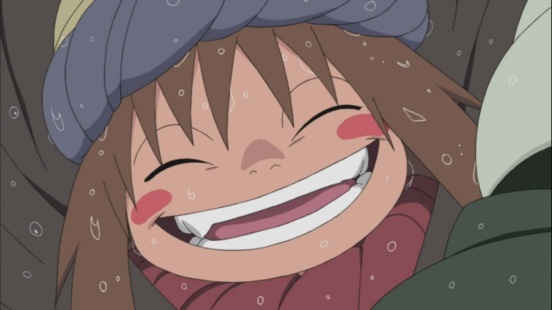 Naruto Shippuden 313 boils up another worthless filler episode, and guess what, I personally hate the guts out of whats currently happening. Some stupid kid called Yota shows us as an Edo Tensei, when Sakura, Choji, Ino, Shikamaru and Kiba all recognise him. It seems there are multiple versions of Yota. Naruto seems to be getting closer, we get a past to how they all met Yota.

Naruto Shippuden 313 begins as Shikamaru and the other see no end of White Zetsu’s, so they keep on going on to attack as much as they can, out of nowhere comes out rain, even when it’s sunny. Shikamaru notices that there is someone there, he cries on when a large amount of water ends up on Shikamaru.

Sakura receives a patient to who she quickly recognises as being someone who she may know, snow starts to fall. The boy gets up and starts spinning her mentioning the word Kon. It seems to have gotten excited about the snow. Kiba is attacked by a purple lightning to which it is led to meet this boy at a different place. They wonder who is it when another lightning spike keeps on trying to hit them.

Everyone notices the water and quickly deduce that it is another enemy. Shikamaru seems to be trapped by the water, Choji helps by blocking it, Shikamaru uses he’s Shadow Strangle but fails as the boy keeps on crying to which the rain intensifies and thus starts to break their jutsu’s. The boy speaks of their name quickly goes to hit them with his fingers on the face.

They all quickly recognise him being Yota. They go to the past when Choji lost his kunai’s they all go look for it when they hear a boy’s voice cry, at the same time it starts to rain on a sunny day. They see the boy who is stuck by the kunai’s from Choji. Choji wants to get his kunai back however, Shikamaru seems to be slipping away. Somehow the tree on which they’re trying to get him from topples over and Yota laughs when the rains stop.

Shikamaru and the others find out that he’s an Edo Tensei, he begins to cry and they’re attacked by a large water, they now jump to miss it, because of the Edo Tensei, he cannot control it himself. When they met Yota they first think that he may be lonely, he calls Choji fat when they start to fight, he falls and tells them that he needs food. They give him some food but asks for more.

Ino makes him cry for not having any food, it seems that the rain is making all of them upset, they begin to cry for no apparent reason. At the battlefield, they keep on being attacked by a number of different attacks, Sakura is also being bugged by Yota. We move on to when Sakura notices that Ino, Shikamaru and Choji are secretly taking people’s food.

She follows them and notice that they’ve gone to a place. Yota comes out and notices Sakura, he calls her forehead, she’s found and Yota quickly begins to make snow happen. The snow from Sakura starts to get intense, the rain does the same and so does the lightning. Naruto keeps on getting closer and closer to them. Naruto Shippuden 313 ends here.

Well, it was an okay episode, I’m not going to say bad things about the fact that this stupid episode was a filler. Naruto doesn’t want to end and thus wants to have as many war episodes from the manga later on, so I guess it’s possibly the best time. If you’re interested in this episode, Naruto Shippuden 314, titled “The Sad Sun Shower”, will feature and carry on when Naruto is also faced with Yota. We’ll have to wait and see what happens during next week’s episode.