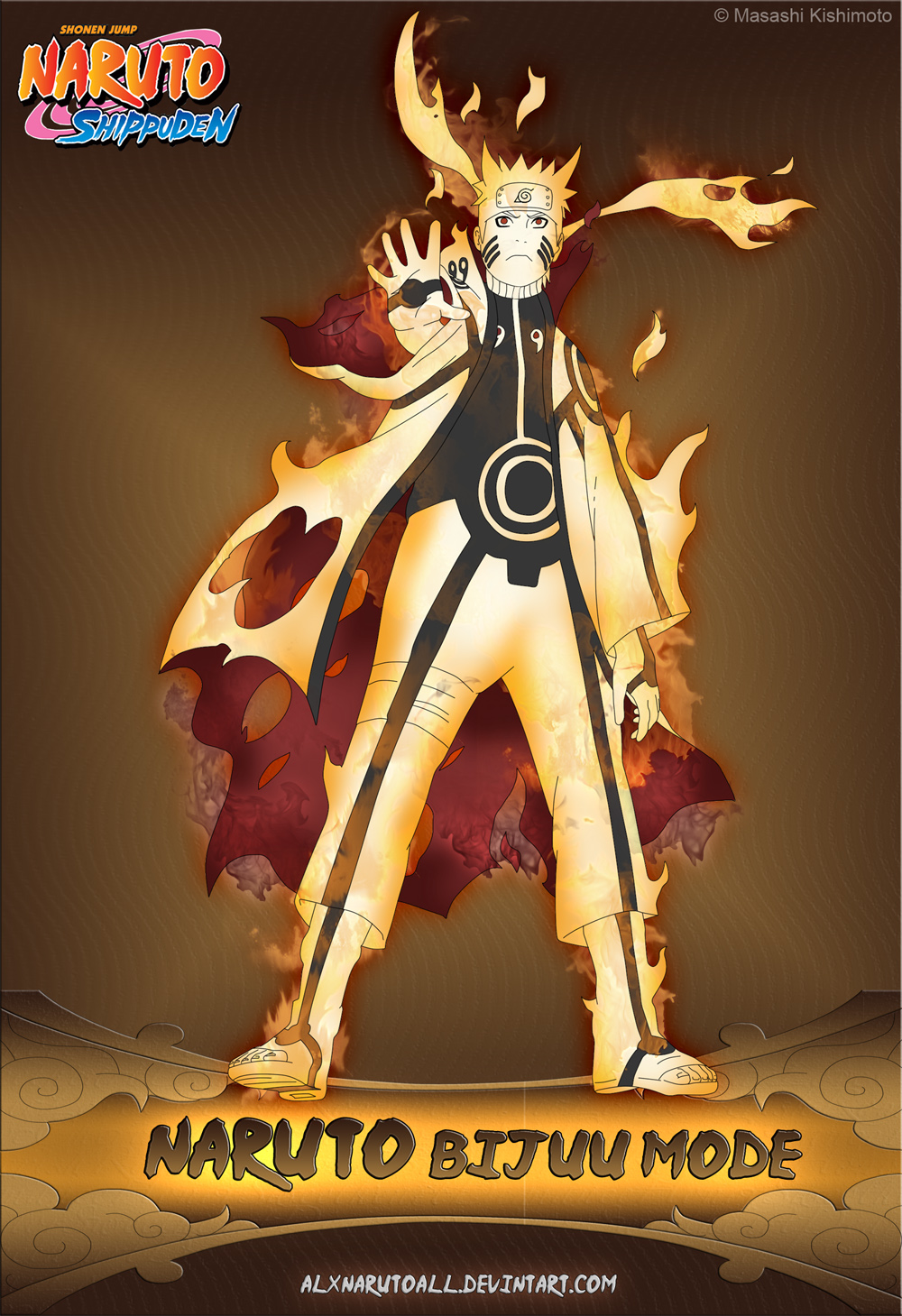 Within the latest Naruto 571, we see a completely different Naruto. One which now has now joined with Kurama and holds a lot more power than before within the form of Bijuu Mode. Both Naruto and Kurama now look a lot different from before as they have both meld their chakra together to get their Bijuu Transformation.

The new Naruto looks a lot different as he now has a type of cape which also shows chakra flowing through it. His whole body is covered with markings which we saw during his Chakra Mode. He presumably now has 9 markings around his neck which has the sign used by the Sage of Six Paths. Naruto’s whisker like lines within is cheeks have grown larger to show that his power have grown.

Naruto’s eyes now have a much larger thickness to them on the top corner, just like when he was within his Sage Mode. The images above will explain how Naruto’s Bijuu Mode looks similar to his previous forms such as his Chakra Mode and Sage Mode.

Naruto’s Bijuu Mode has been long coming as it could be Naruto’s Final Form. Naruto has gotten a lot stronger with Kurama by his side, as they are now more like friends then enemies.

During today’s episode we saw some serious ass kicking by Kurama and Naruto. You can read about Naruto 571 chapter by clicking Bijuu Mode vs 5 Tailed Beasts.