The folks at the pesky guild called Fairy Tail are at it again, from drinking too much to inappropriate jokes, there is no end to it. But then again, it’s the New Year, so Fairy Tail are bound to get crazy. As seen by the various members of Fairy Tail, it all ends with them trying to marry one another. 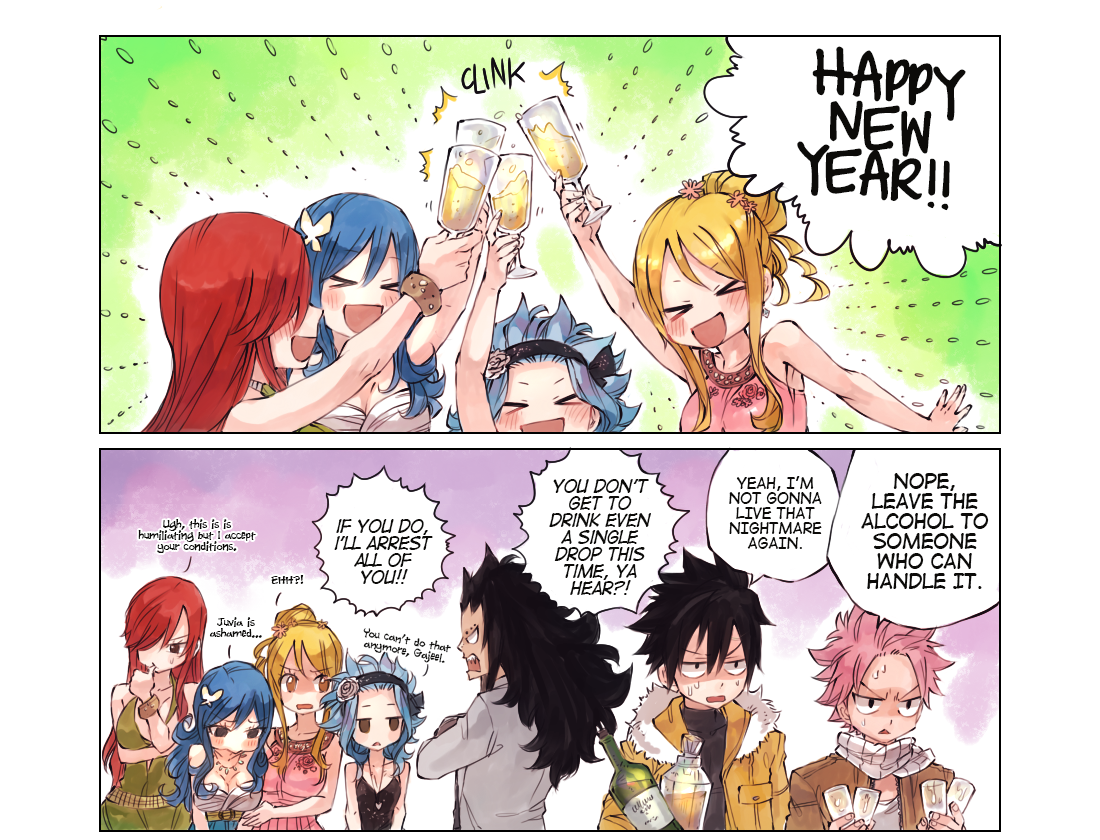 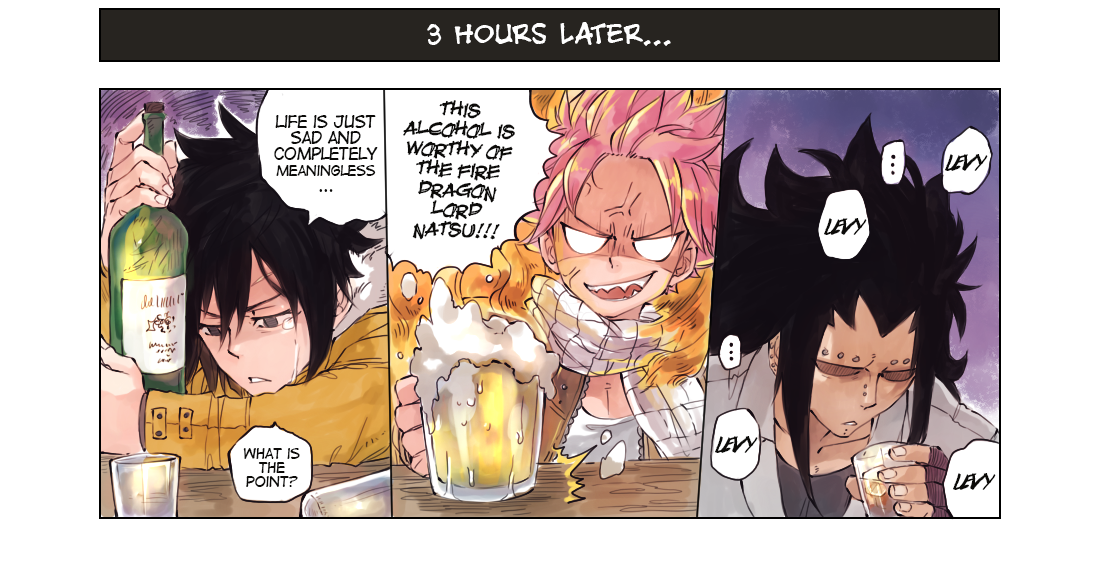 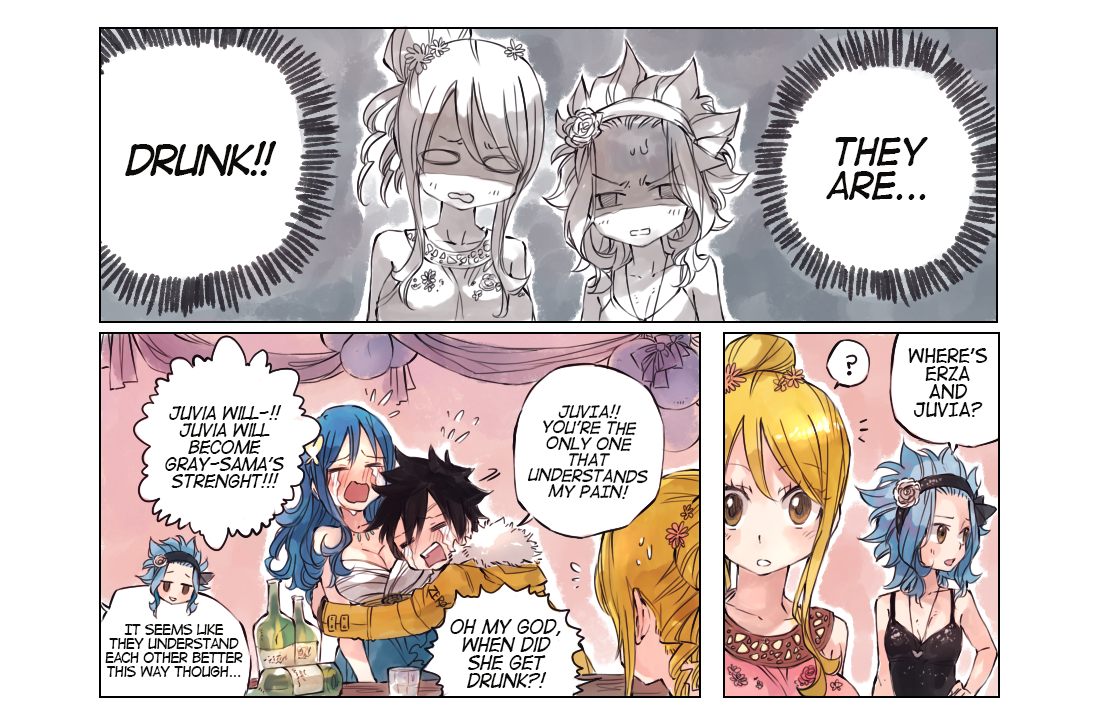 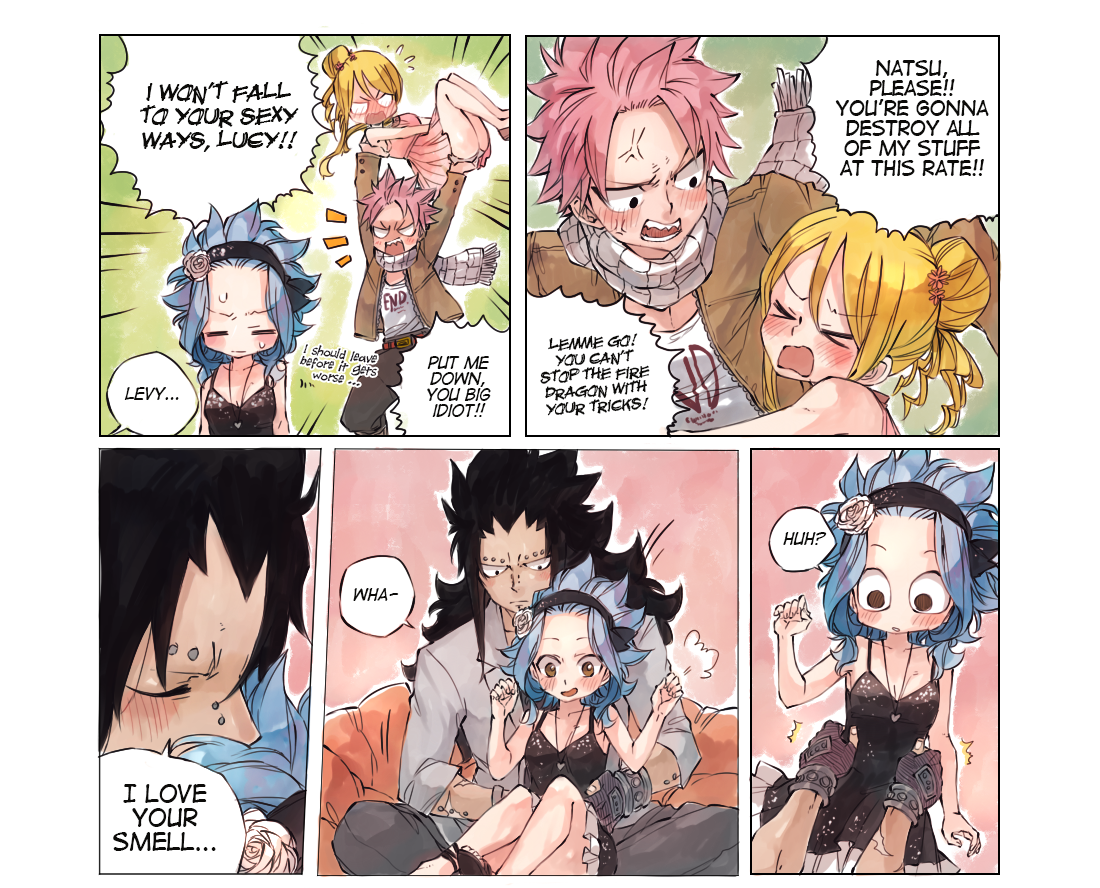 A magnificently funny and fantastic story. This was done by rboz, who has had their work featured on here multiple times. If you like their work, be sure to check them out as they’re a huge fan of Gajeel and Levy. Otherwise be sure to share this page with others fans who will enjoy it.