Bleach 630 see’s the start of two fantastic fights, Bazz-B vs Haschwalth and Grimmjow vs Nakk Le Vaar. As Grimmjow initiated the battle between him and Askin, he chases him down to quickly and swiftly take him down while Bazz-B invades the Wahrwelt to battle against Haschwalth as he worries about leaving Uryu Ishida alone. 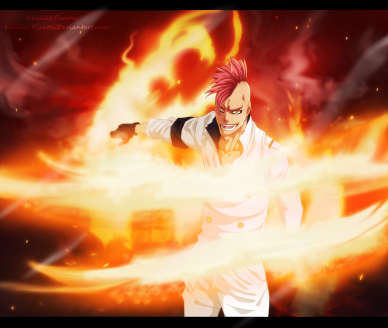 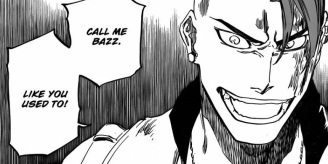 Bleach 630 begins as the large building Grimmjow broke see’s Askin Nakk Le Vaar running away from the fight, thus Grimmjow runs after him. Askin mentions that he will wait if you promise not to kill him. Grimmjow mentions that if he’s weaker than him, he will just naturally die.

Grimmjow tells Askin to stop blubbering and fight him. Grimmjow holds the ground and changes some of his fingers, he thrusts himself towards Askin as he jumps into action mentioning that he’ll catch him and kill him. Jugram talks to one of his subordinates, he tells Jugram that all 5 Special Forces have already been dispatched in 5 different directions to search for enemy.

Jugram realises that they’ve headed in 5 different directions, and if Uryu Ishida is included in these Special forces, he says that this is correct and that Yhwach ordered him to do so. Jugram asks where he’s headed to, he mentions that he’s going towards the 2nd Ast (branch).

Jugram tells him to follow him, mentioning that he cannot leave the Wahrwelt, follow him and let him know right away if he does anything that is not part of the orders. Jugram thinks that he was careless, he shouldn’t have permitted him to take action alone. There is no Stern Ritter there to watch him, it’s also easy to be assigned to a mission if he’s acknowledged as a Schutzstaffeln. He tells the man to quickly go.

However, some appears and the mans face is quickly burned from the back. It’s Bazz-B! He asks if he’s worried about Uryu Ishida, Bazz-B asks if he’s surprised that he’s alive. Bazz-B quickly attacks using his Burner Finger 1, he grabs onto Jugram’s cloak, all while Jugram jumps over him taking his cloak off and using his sword to thump Bazz-B on the head with it.

Bazz-B shoots out a stream of his fire which misses Jugram, it pierces through the Wahrwelt and outside. Jugram quickly notices that his wounds weren’t caused by the enemy but by Yhwach. He mentions that he wasn’t chosen, only they were chosen, the others had Auswahren used on them.

They were all killed, the ones that could hide from the light lost their Vollstandig powers, while others who couldn’t lost their lives. Bazz-B knew that Jugram knew something like this would happen, while Jugram says that he didn’t quite know, and it wouldn’t matter since he wouldn’t believe him.

Bazz-B mentions that he would believe him because they’re friends, then asking if they are mentioning that name Jugo, as his nick name. Jugram calls Bazz-B’s name when he himself mentions to just call him Bazz, like he used to. Bazz-B enables his Burner Finger 2 when the battle seems like it’s going to get even crazier.

Jugram mentions that there is no need to talk. Night will come soon, and when Yhwach goes to sleep, him and his powers are swapped. He will kill his power when they are stopped. He will kill him also, whilst calling him a traitor as we see Bazz-B’s memories as a child as everything around him burns to nothing. Bleach 630 ends here.

A fantastic chapter indeed, it seems that Bazz-B vs Jugram will be a fantastic battle, and it seem like the usual recipes are there for something to die, I think I can guess who that’ll be. Still, it’s going to be a crazy battle, and I’m happy to see Kubo finally pushing out the next few battles. Can’t wait to see next week’s Bleach 631, when we see a continuation of this fantastic battle.