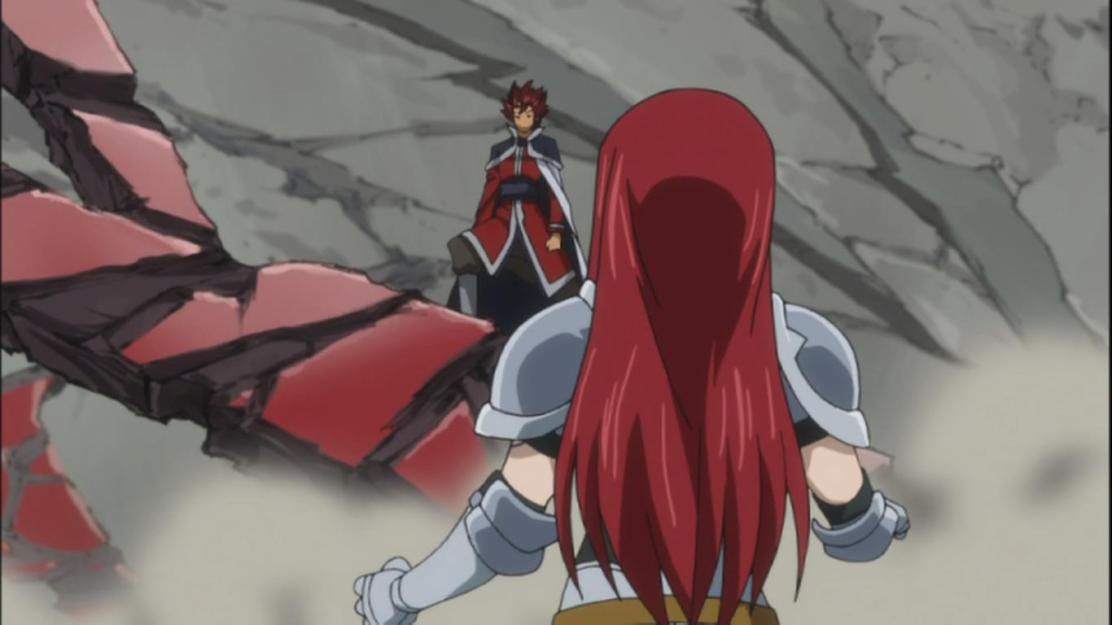 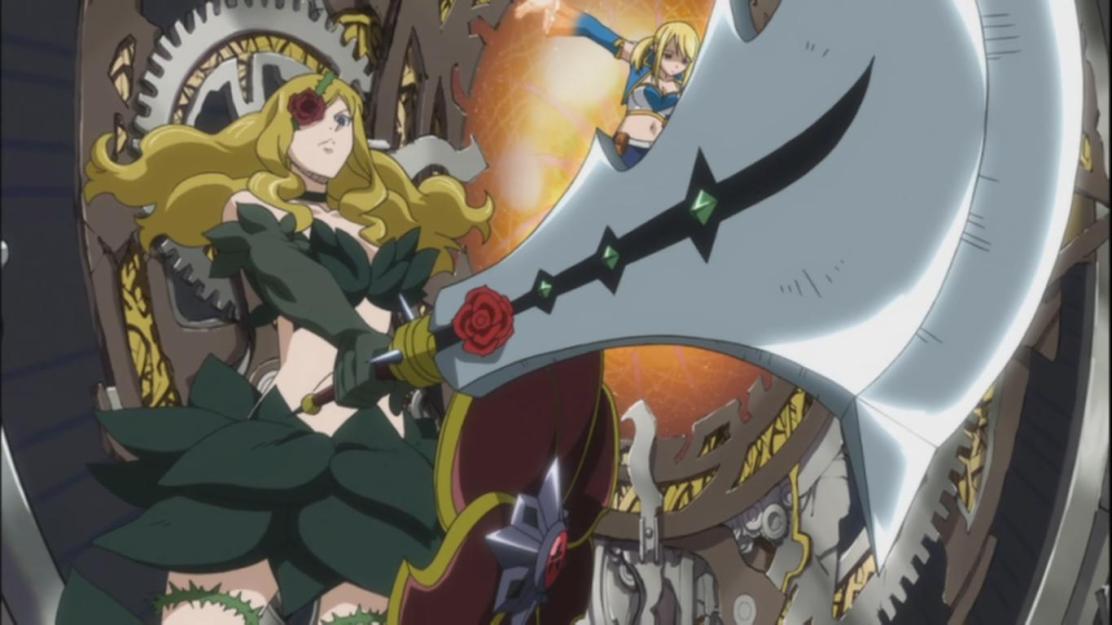 Fairy Tail 147 prioritizes the fact that Lucy must get saved to stop the Infinity Clock from working. We finally see the end to the Byro vs Gildarts fight, plus Erza and Cobra are going to fight it out while Angel and Gray also are set to fight. Natsu, Elfman and Coco finally find Lucy.

Fairy Tail 147 starts out as Gildarts and Byro face each other, everyone else also reach there to help out. Wendy starts healing the cardinal. Rapowant says that they can no longer do anything to stop the Real Nightmare, the world is going to end and they can do nothing to do.

Long time ago, the Infinity Castle stored and released its powers every hundred years, Rapowant’s desire was to control the Real Nightmare and bring forth chaos and wipe the world of everything it had. Will Neville tried to stop this by doing what he did.

Klodoa says that the Mage who holds most of the 12 Gold Keys will be able to open the gates to other worlds because they possess a high level of magic. Therefore Lucy is a sacrifice. Rapowant tells everyone that Zentopia started this and they can’t do anything.

Rapowant’s body starts to decay as his own body was formed by Personification Magic, we see that after he disappears that a lock of hair from Master Zero appears, which Natsu had previously smelled. Everyone, also Byro’s Legion was used. But in order for him to stop this nonsense he must kill Lucy.

Natsu disagrees and attacks, he’s thrown out of the way. Gildarts says that he’s going to take care of Byro. As all of the other members try to run, Samuel  appears who follows Byro’s words, he goes to kill Lucy. Natsu and the others find an opening and try to run.

Gildarts and Byro keep on fighting. Since Byro’s magic is to nullify everything, Gildarts decides to use his own physical power. Wendy keeps on healing the Cardinal but doesn’t work as there is another type of magic in his brain. Wendy tries to defeat this magic using her power.

Samuel reaches Lucy but is shot down my Imitatia, Sammy looses his wings and falls down. He tells himself that he’s not going to give up because he’s still got his legs and arms which he can use to climb up.

Natsu and the others keep on running till they reach Lucy. Lahar and Doranbolt help the people on the villages, they bring safety by putting them into a large cage. Wendy keeps on healing and trying to cut the disease out of their brain.

Byro and Gildarts keep on fighting. Gildarts says that he’s not giving it his all because he doesn’t want the children to see. But now he’s warmed up and quickly breaks the staff which Byro had and punches him showing some of his true power.

Wendy heals the Cardinal and the fever which he had is also decreasing. Happy comes up with something, he comes up with the idea that if they are defeated the marks on the Infinity Clock will also disappear. Therefore they’ll have more control over the clock parts.

Warren transmits a message to everything telling them this message. Natsu and the others hear it. But after a short while, they’re faced by Cobra whose had a grudge with Erza for a while, he attacks her but misses. She tells everyone that this is going to be his fight.

They start on running once more. They are now faced by Angel, Gray decides to face her this time because he’s sure that he can fight her better, knowing her power. Next up, they’re faced by Brain II, Gajeel decides to face him. Natsu, Coco and Elfman all keep running.

Sugar boy joins the battle between Cobra and Erza. She tells him that the situation has changed and Byro and Oracion Seis has changed. Cobra quickly uses Sugar Boy’s own voice to throw his jelly out of control, he falls down into a cave like thing.

Gajeel faces Brain II, he attacks but it’s reflected. At each attack which Gajeel attacks Brain fails, even the one which he used his close up attach and got a direct hit, it was a mirror like which looked real but wasn’t.

Byro and Gildarts keep on fighting. Byro finds out how powerful Gildarts really is, even his punches fail to push him back very far. Gildarts finds an opening and quickly uses his fists to punch him, Byro is quickly defeated after this.

Gajeel’s match against Brain fails as Brain wastes too much time and has to go. He uses his magic to repel Gajeel out of there, he keeps on falling down when Gildarts holds on to his leg. The rock which supports Gildarts breaks and they both start falling down the large tower.

Natsu and the others keep on running when Natsu smells Imitatia’s scent. They reach there while Lucy is nearly fully swallowed. Natsu calls out Lucy’s name and she wakes up. Imitatia tells them that they’re not going to take her no matter what because she’s got no one else but her. Fairy Tail 147 ends here.

That was a pretty nice episode, the episode is getting quite easy to guess of whats going to happen next. The fights ahead are going to get better as next week’s Fairy Tail 148, titled “An Angel’s Tear!”, Gray will by fighting Angel, it’s going to be another good episode, also Kinana is going to appear.