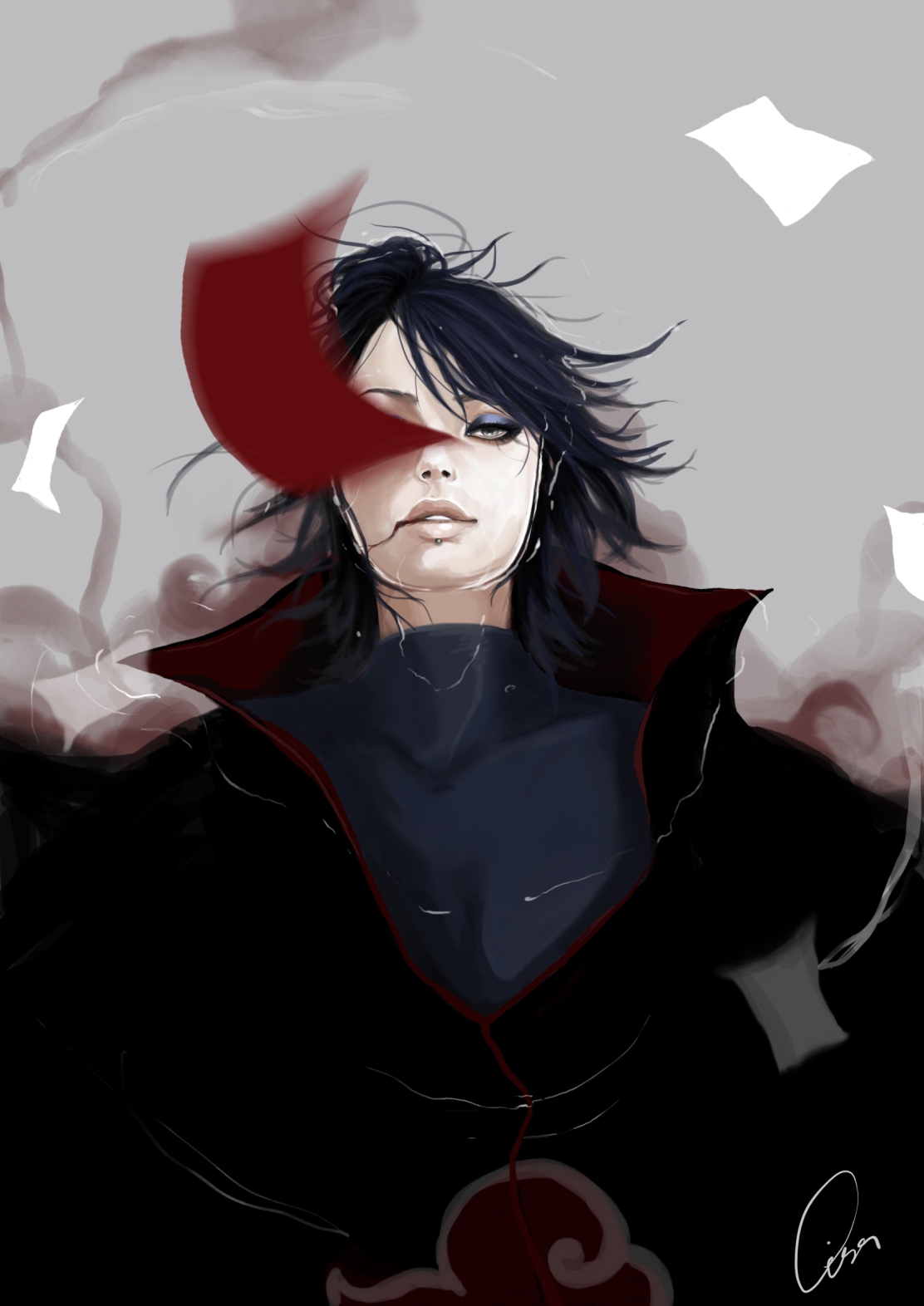 The author described Konan as one of the saddest characters in the story, there’s are multiple reasons why this is. Firstly she set her life up so that she would have to give up everything for both Yahiko and Nagato. She never had a say in the Akatsuki because she may have believed that it was never a group that she belonged in, she only followed Yahiko and Nagato, she believed in them till the end.

The only time we saw her happy was during her time with Jiraiya while both Yahiko and Nagato were having fun playing games before the Akatsuki was formed. We also saw her in relief as both Yahiko and Nagato were set free from such a painful world, they had died believing that Naruto would save this grieving world from all the pain in it, Konan had also built some trust in Naruto.

The story of Konan is truly sad, and the fantastic image drawn by Warb1rd tells her story perfectly. Hopefully now she’s happy with both Nagato and Yahiko by her side.