If you haven’t already heard of Kimi No Na Wa/Your Name, it’s a Japanese anime film which focuses on the lives of Mitsuha Miyamizu and Taki Tachibana who both live in Japan but different places. Mitsuha is a high school girl who lives in the countryside while Taki lives in the city of Tokyo. One day, Mitsuha awakens in someone elses room and finds herself in Tokyo within a boy’s body, she’s in Taki’s body! 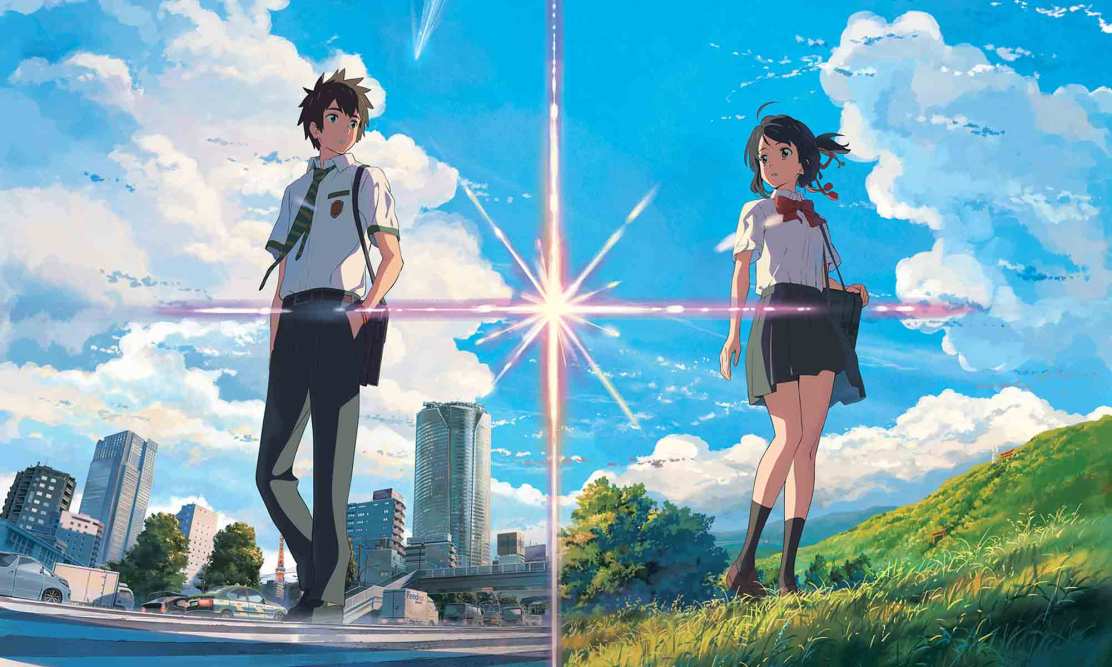 As she’s swapped bodies with Taki, Taki has also swapped into Mitsuha’s body. Their actions have a dramatic impact on each others lives as once written in fate. I’ll try to keep this post spoiler-free and try to keep it as short and sweet as I can.

The story is somewhat simple to understand, it’s easy to understand how it works and how they seem to swap with one another, but once it gets complicated, it can get a little hard to understand why it happens, thus you might have to do a bit of research. I really like the inclusions of all these bits and bobs which definitely add to the overall story better. I really like this because its a story that definitely isn’t something you’d see except for here.

The artwork is awesome! Apparently, it’s a Makoto Shinkai film, and his previous works have always been visually great, and I can definitely agree to that because the artwork is just superb. Everything added to every shot is just fantastic. Seems like this film went through a lot of effort to make it what we see today. With every small detail added, you can tell how epic each shot definitely is. Even if you don’t pay attention, the movie will still show it’s true colours wit each shot.

Sounds and music were just on point. Shinkai worked with RADWIMPS to create the wonderful music that we see in the movie. The movie and it’s music definitely adds to the wonderful story, and how both Mitsuha and Taki can further be reflected on their character and attitude. It definitely brings out a whole new layer to them.

Both Taki and Mitsuha are unique in their own way, it very much seems like they both deserve each other in how they were with each other even when most of the time they did not talk to each other. It definitely seemed somewhat relateable with how it was as student, and how when a lot younger you care about nothing except whats in front of you. The very essence of these teenagers came out in a very touching way.

Overall, I felt like the story, characters and overall movie was very enjoyable.  I really like the ending and what it delivered. Everyone’s lives diverge in different ways, things happen in dreams that are forgotten the very next day while things happen in reality that are forgotten over a lifetime. The struggle both Taki and Mitsuha faced was very interesting to watch. Overall, I would like to rate Your Name a solid:

If you have already watched it, go ahead and comment below, let’s have a chat about the movie. Otherwise, I would highly recommend everyone and anyone to watch this movie, it’s definitely worth it.