Boruto 8 covers the Kage’s fighting against Momoshiki as he takes out most of them with a few single hits, but Naruto steps up and uses Kurama’s powers to call up the his Kurama Mode to fight against Momoshiki. Sasuke nearly faces certain death but Naruto helps out. Naruto is also given Sasuke’s Susanoo to fight against the form Momoshiki comes up with. Boruto faces a challenge when the others are in trouble. 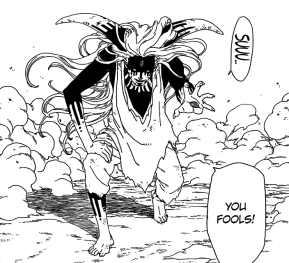 A pretty good chapter, I think it seems like it’s differentiating itself from the movie, which is good, but I just hope it turns out similar, and in a way where it can keep on going as monthly/weekly chapters. Anyways, seems like Boruto 9 might be pretty good too.