Fairy Tail 498 manga previews have landed from a few different sources to which points to an interesting story for both Gray and Juvia. Lets see what happens in this chapter. If you’d like to know what happens, read on otherwise everything after this point is spoiler. 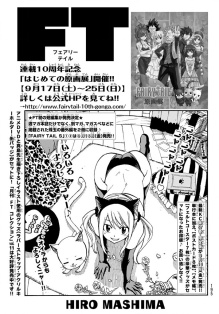 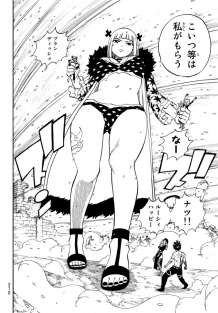 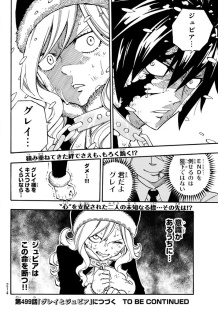 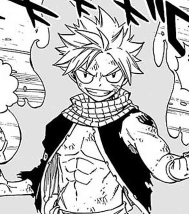 Fairy Tail 498 begins with Gray vs Invel, Gray tries to use some of his Ice Magic to attack Invel but it doesn’t work as that ice shatters. Invel explains that he is a pure ice mage, he doesn’t create things from ice, rather he freezes things with it. This thus forces Gray to enable his Ice Devil Slayer magic. Invel is shocked to see him using it as the power eats away at Gray’s heart if it’s being used.

They fight on and on as they begin to change the landscape they fight on, a blizzard quickly encompasses them as Invel tries to tell Gray that he would definitely make a great comrade. His own heart has already been dyed in darkness even if he doesn’t realise it himself as he uses the Devil Slayer magic. It’s explained that the magic itself isn’t good or evil, rather the personality and quality they possesses changes.

Gray sharply tells Invel that if it’s required of him to dye his heart in darkness to protect the guild, then he’ll become evil as the cost. Natsu, who was previously frozen bursts out with his flames engaged as he mentions that he completely agrees with Gray. A huge Brandish appears as she grabs Natsu, Lucy and Happy away from there, she quickly tells them to shut up.

Invel now chains up both Gray and Juvia where he uses the technique known as Ice Lock, which shuts off a person’s heart and thus makes them into a puppet. Both face each other with no emotion as Invel tries to make them kill each other regardless of their choice. The chains will only be released after one has died.

Invel mentions that he can clearly see that Gray will win against Juvia, furthermore once he goes ahead and kills his ally, Juvia, the darkness in his heart will awaken and take over. Furthermore, Invel also predicts that the person whose role is to kill END is not Zeref but in fact Gray! Fairy Tail 498 ends here.

A fantastic chapter, seems like this is the point in which Gray will change altogether and END vs Gray will most likely come true. Fairy Tail 499, will be titled “Gray and Juvia”, seems like we’ll be getting a different type of chapter next week. Spoilers by YonkouProductions, images from Mangahelpers.

So what do you think about this chapter? Go ahead and tell me using the comment section below, lets see what you think about a potential battle to the end of Gray vs Juvia.