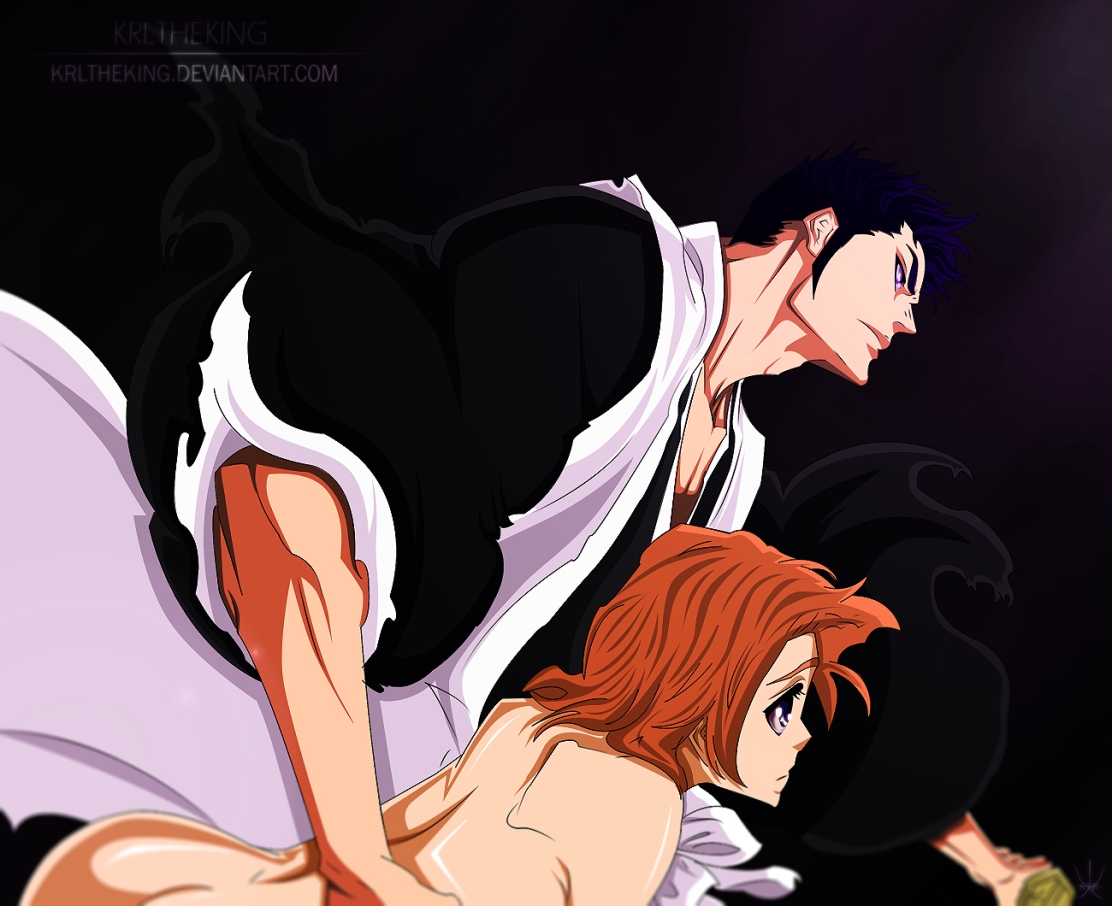 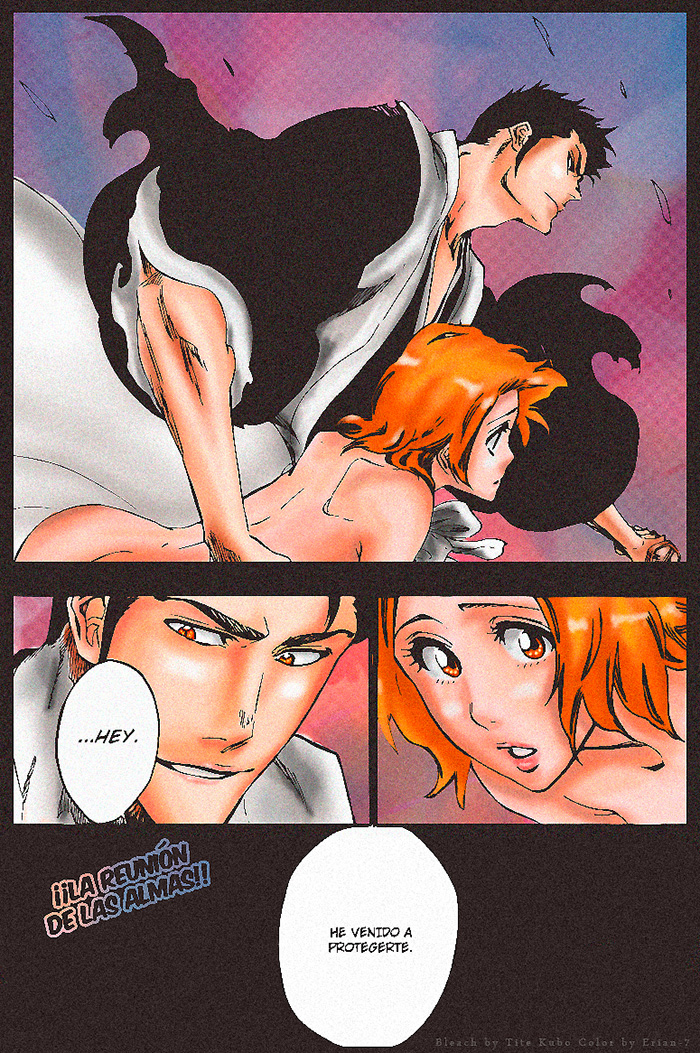 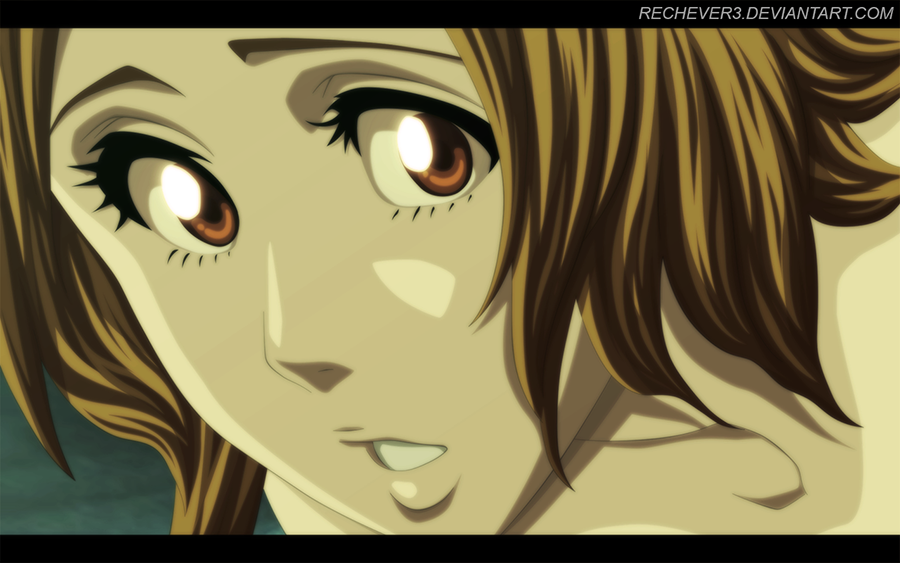 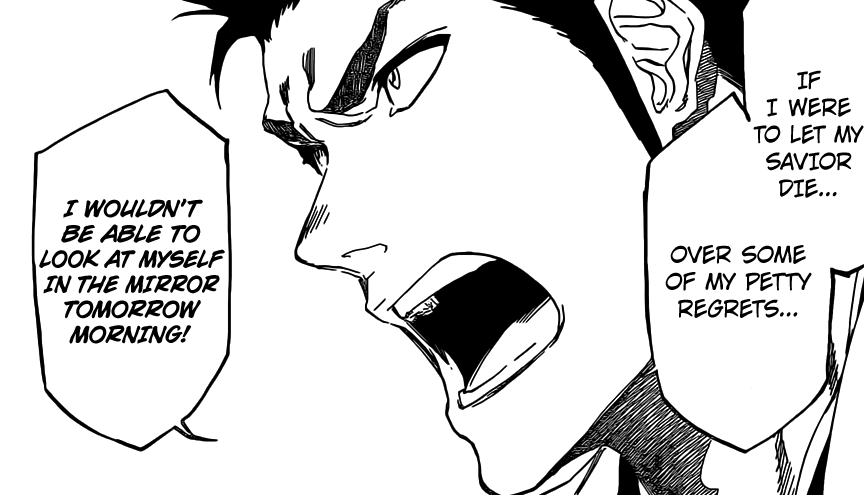 Bleach 535 explains what needs to be done when Urahara tells both Isshin and Ryuken the consequences of what will happen after it’s done. He mentions that someone powerful will need to be with her in order to balance her state of Quincy and Hollow, Isshin best fits at that time so he volunteers, however it’s for his life time. Ryuken is heartbroken and doesn’t understand what will happen. Isshin bravely saves her and gets her out of there.

Bleach 535 begins as Masaki falls towards a deeper and deeper hole, it’s as thought she’s in a mute cold abyss to which she won’t be able to escape, even at this moment, she feels no fear, something approaches her she looks on, a massive Hollow Face appears to which it’s mouth heads towards her.

Urahara explains that he’s been doing research on the condition which she has for nearly a century. Isshin mentions that he’s aging gracefully then, he asks who he really is. He mentions his name then mentions that he was expelled from the Soul Society, Isshin is shocked and then goes to ask something when Ryuken bursts in.

Ryuken mentions that it makes no difference to him who he is, he just wants to save her, then goes on to say that he wants to return her to her previous state. Urahara tells him that he wont be able to bring her back from what she was previously. There is no way to which he can bring her back the way she was before.

He explains that she’s currently going through the process of Hollowfication, which means that a hollow’s soul is injected into a normal soul, this is to blur the boundary that separates those two souls so that the normal soul can attain an exponential upgrade in strength and power. They explored within Shinigami’s but the entire process was flawed and unstable.

What has just happened is that an incomplete experiment going through the veins of a Quincy, it was never intended to undergo such a procedure. Ryuken asks if her life is a lost cause, Urahara answers telling him that her life is not yet gone, she can still come back, but differently. When a normal soul goes hollowfication, the host soul and hollow soul slowly begin to bleed into one another leading to a beast with no use of it’s thinking abilities.

This also affects the interaction between the soul and external world, the soul itself bleeds way to much to which it just self destruct, this phenomenon is known as Soul Suicide. During Urahara’s research, he uncovered a way to at least prevent this from taking place. He did this by simply putting something that will counteract the hollowfication process.

Urahara explains that for Masaki something much more stronger is needed, something that would only leave her alive and thus leave her hollowfication process, a power strong enough to oppose it. Ryuken calls out a bullshit to which he knows exactly whats going on. He mentions that there has to be an alternative way , Urahara quickly mentions that he quickly understood what is happening. He goes on to mention that it’s not his choice to make, the choice belongs to Isshin!

He reveals a gigai type body to which he created, it’s derived from human souls, and shrouds the soul that enters it. If he decides to enter it he would definitely become a Shinigami/Human hybrid. He also explains that Quincies and Shinigami occupy opposite sides of the spectrum, and so do Hollows and Humans.

He if decides to go through with it, he will always be the opposite of her, he will leave the decision on his hands, he also points out that when he agrees to this, he will never have access to his Shinigami powers, this includes the abilities to see hollows. Plus once he goes through with it, his days of ever being a Shinigami and a Captain will be over.

Ryuken realizes that the negatives outweigh the positives, in fact it would be hard for him to even find positives in this. He realizes that Isshin will never say yes. Urahara goes on to explain that for him to stop the process, he needs to tie the girl’s soul and hollow soul to Isshin. As long as he’s in the shell, he’ll never be able to break the strings.

Until the girl is free from the Hollow, only when he’ll be able to exit the shell he’s in. As Urahara speaks, Isshin quickly shouts that he’s got it, leaving Ryuken and Urahara speechless. He tells everyone that he’s clearly going with it, he also mentions that quieting being a Shinigami and help her for the rest of her life will be easy. Isshin mentions that he’ll have the regrets , but in the bigger picture it means nothing.

If he was to let his savior die over some regrets, he wouldn’t be able to look at himself in the mirror tomorrow morning. Urahara gets ready for this, we return to Masaki as she’s being eaten by the Hollow when Isshin quickly arrives in style holding her, she realizes who’s come to save her, he says her and mentions that her knight in shining armor has arrived when Bleach 535 ends here!

What an awesome chapter, both Isshin and Ryuken finally found Urahara and seems like it’s all starting to make sense, a chapter to which explains that Ichigo is truly a Human, Shinigami, Quincy and Hollow! It’s getting better and better! Can’t wait for next week’s Bleach 536 when we see more action!