Touka Kirishima is a character from the anime Tokyo Ghoul. She is someone we know as a ghoul, who has the ability to transform herself as well as grow particular limbs that have the ability to attack others. She is particularly known as the Rabbit, and was a waitress of Anteiku. She also currently owns the coffee shop “:re” allowing her to spend her time in a valuable way. 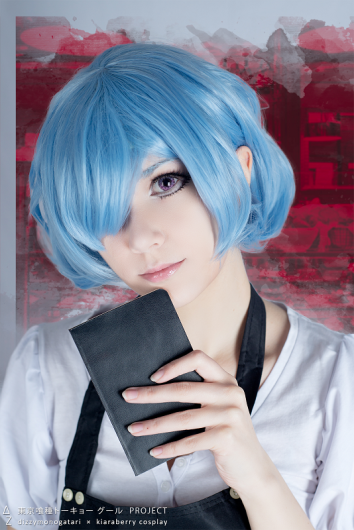 This magnificent cosplay was done by KiaraBerry, who has some amazing and fantastic looking cosplay. If you like this work of their, go ahead and check their profile out. She’s cosplayed characters from anime such as Bleach, Ao no Exorcist, Gurren Lagann, Fate Stay night and many more. Also be sure to go ahead and this page with other fans of Touka as well as Tokyo Ghoul.