Fairy Tail 489 see’s Eileen vs Acnologia fight against one another, but Eileen uses the trap she had placed onto the whole land of Fiore to fight against Acnologia. All while Cana uses her Fairy Glitter abilities in order to destroy the crystal which holds Mavis, she does so releasing Mavis from it. 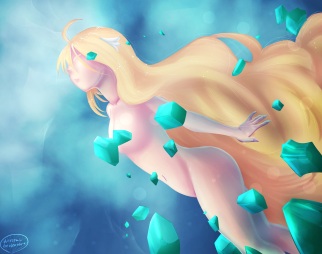 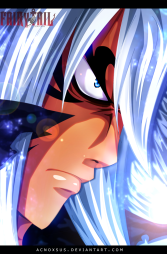 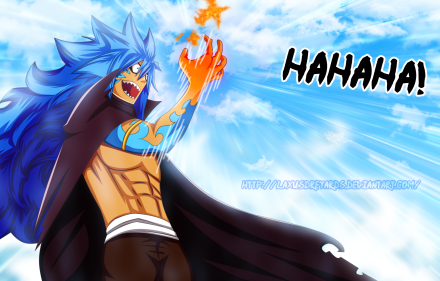 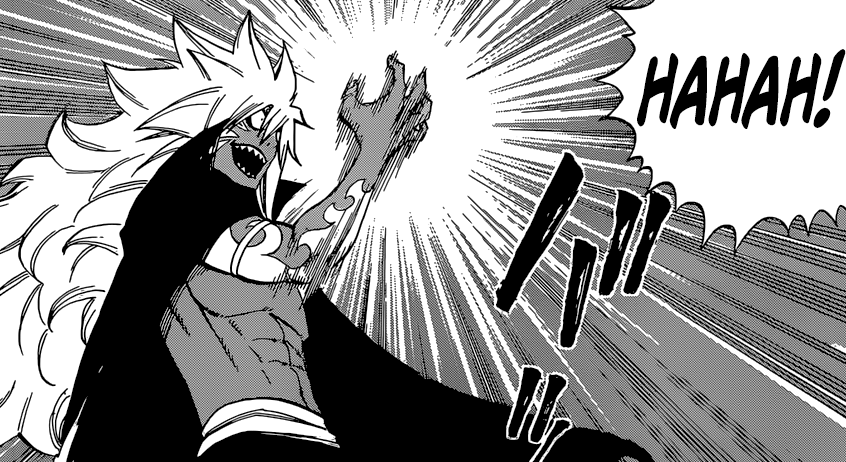 Fairy Tail 489 begins as August sets out his attack, he waves his hands across Brandish, she falls to the ground. Lucy goes to help but August looks upon Lucy which causes Natsu to try to block his attack. He tells them to all dissolve to oblivion which causes a large explosion which can be see by everyone.

Eileen and Acnologia begin their battle, Eileen releases a large atmospheric attack upon Acnologia which forces Acnologia to defend and send it at a different direction. Acnologia mentions that she seems to have the ability to bestow magic onto things. A high enchanter. Acnologia laughs to himself.

Acnologia mentions that she seems to have learned her magic from Zeref, she has definitely caught his interest. She thanks him, she also mentions that his magic is magnificent too. She has come to understand why Zeref fears him. However, if Zeref manages to get the Fairy Heart then he will be able to wield powers which trumps Acnologia.

If he was about to tell him to leave humans alone, then he shouldn’t even try, he has no intention of listening. Eileen mentions that she heard that he was once a human, thus what he’s said is a little poor. However, the last thing she wants is for him to get in their way. All while Zeref thinks that this is all but a game to him so that they may bring a swift conclusion.

The earth itself seems to have enveloped the entire area. The land itself has been covered with her magic. Acnologia asks who exactly she is, to which she mentions that she is Eileen, and that she hopes that they will meet once again. Everyone on the battlefield see’s the great white light, they are unable to see anything else. Zeref knows that Eileen used the magic, World Reconstruction Magic: Universe One! Fairy Tail 489 ends here.

A pretty fantastic chapter, seem’s like we’ll be getting an amazing chapter soon. This magic seems like it’ll relocate everything and everyone on the battlefield. It might even screw up everyone’s plans. I can’t wait for next week’s Fairy Tail 490, titled “Fairy Tail Zero”, should be awesome.