Dark Goku, Evil Goku or Black Goku all refer to the antagonist who will be making their way to Dragon Ball Super. Seems like this will be revealed on the 12th of June in the next arc of this series, starting at episode 47, which will be named “SOS From the Future! A New Enemy Appears!!” 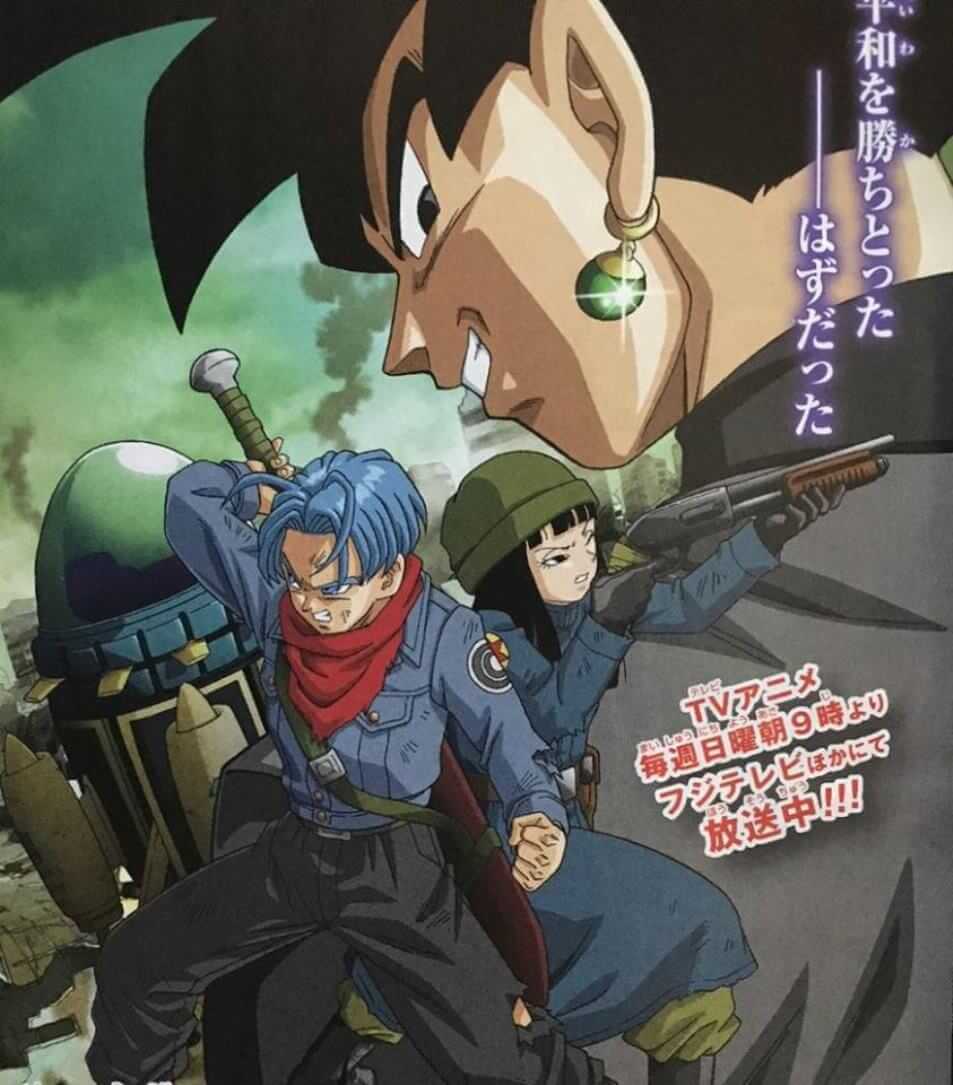 We focus on Future Trunks who escapes from his timeline with his life, his own future was now supposed to be peaceful but a new enemy appears, we are introduced to him as Dark Goku! The image showcases Dark Goku along with Trunks and Mai. At this point it seems like he is 17 years in the future, but some evidence points to this Trunks being one that we might not be known to, possibly an alternate timeline. One indicator is that Mai is with him and seems like she is the same age.

From the Battle of Gods movie and Super series, Mai was accidentally wished to be turned into a kid, so the possibility exists that she could be the same age as Kid Trunks. Dark Goku seems to be wearing a Potara Earing, but everything else seems to be similar. It’s possible that Goku may have fused with someone and somehow made him evil.

So what are your thoughts on this? How will Dark Goku be in the new arc? I’ve not been watching the show, but I’d guess that it’ll be pretty good with an evil Goku. Nevertheless be sure to comment down below telling us what you think.