Saitama is widely known as one of the strongest warriors, none have yet been able to defeat him. Even against an alien from a different planet, he was not even pushed to use his absolute power, only his serious one. On the other hand, Genos is a robot who has great abilities and known to also be really strong, yet not as strong as Saitama. 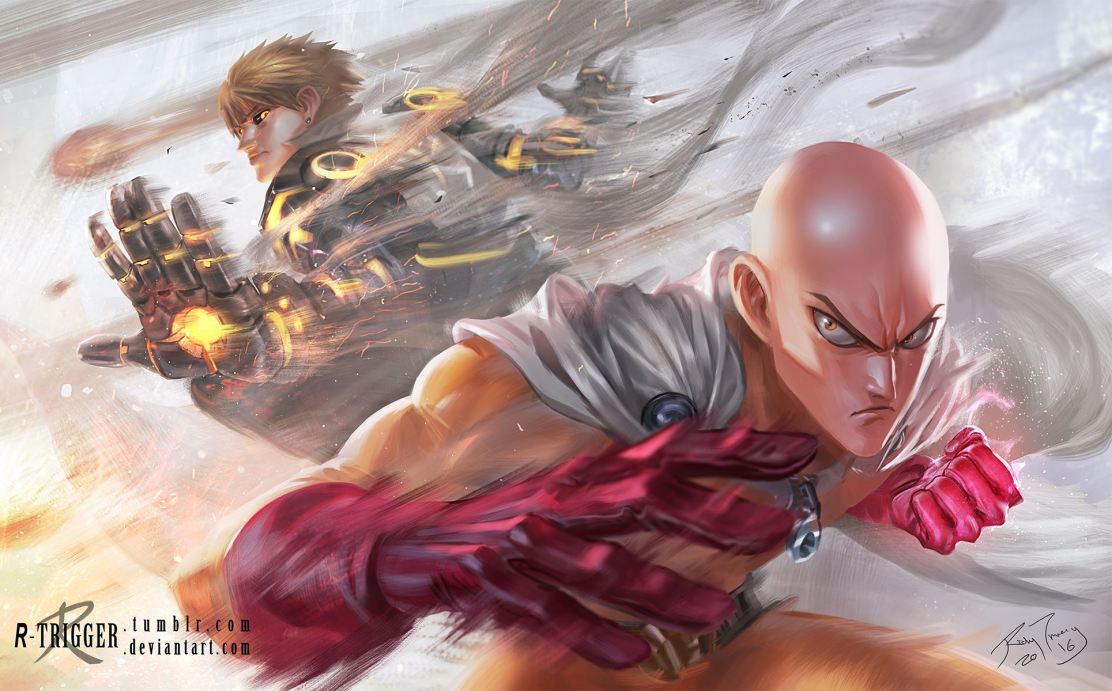 This magnificently done fan art of Genos and Saitama was done by R-Trigger, he has a number of amazing looking fan art from anime’s such as Naruto and One Piece. If you like their style here, be sure to check them out. It’s well worth it! He’s very talented when it comes to making them look awesome. Also be sure to share this page with other fans of the anime and manga.