Bleach 667 see’s the battle between Zaraki vs Gerard begin as cutting or hurting Gerard will only make him grow bigger and stronger. While Zaraki arrives, Hitsugaya and Byakuya are both shocked at the release of Zaraki’s Shikai. Gerard even releases the Sword of Hope to battle against Zaraki. 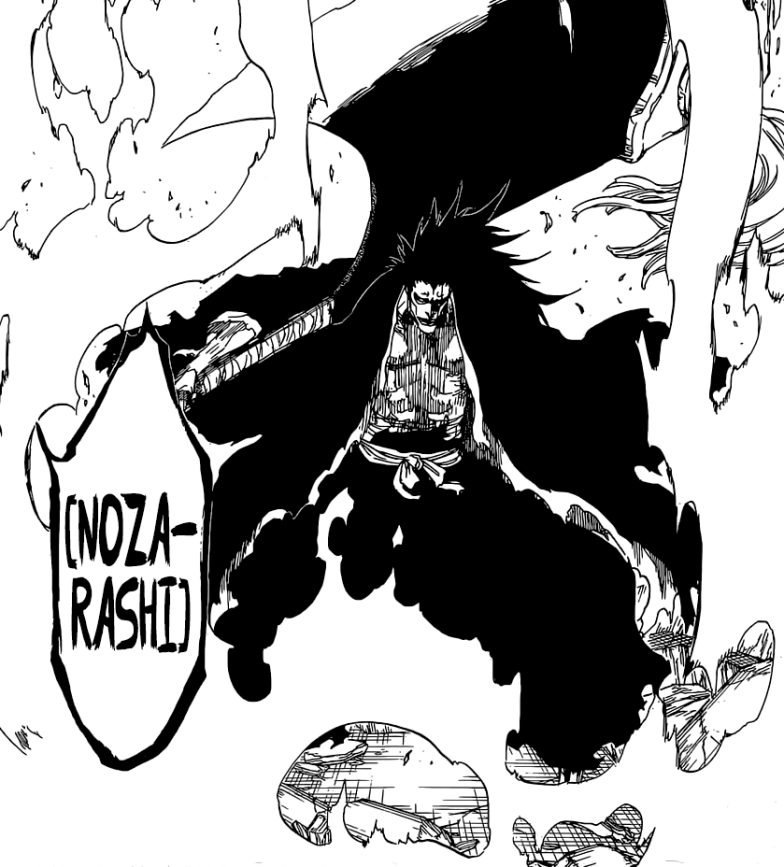 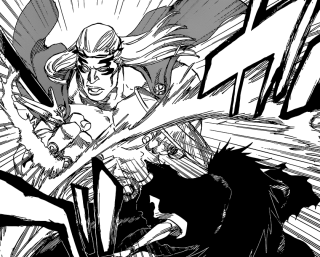 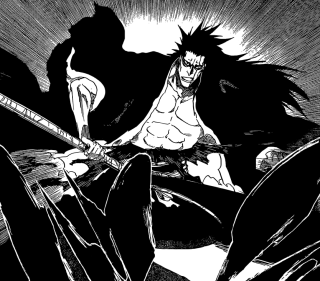 Bleach 667 begins with Zaraki as he’s within one of Mayuri’s pods, he kicks out the door and comes out. He comes out, and a few moments later we see Ikakku and Yumichika try their best to get to the fight but find out that he is already there before them. He arrives and cuts off Gerard’s arm.

However, his right arm rejoins and gets even more powerful. Byakuya mentions that whenever his arm or leg or anything gets cut, he is able to grow it even stronger and even bigger. So it seems that Gerard was a lot smaller when the battle began. Byakuya even complains that Hitsugaya is so fixated on his height.

Zaraki gets ready and tries to attack Hitsugaya when he also attacks. It seems that Zaraki has taken it easy because he would have split him half. They talk for a bit as Hitsugaya tries to tell him that he shouldn’t try to make him bigger. Out of nowhere, we see Gerard try to stomp both of them down with his foot, but Zaraki man handles it and throws him down.

Zaraki then lunges back to the skies and attacks the shield which Gerard uses. It pushes him back, this is when we see Gerard bring out a sword from the back of his shield which he calls the Sword of Hope. Gerard mentions that no one has been able to topple him over, and thus this prompted him to use his Hoffnung.

Zaraki mentions that as he wasn’t able to cut through his shield, and thus he releases his Shikai! Drink, Nozarashi he mentions. Both Hitsugaya and Byakuya mentions that it seems that his sword was never released in its constant, in fact this just shows how strong he really is.  Both attack each other.

None of them back out from the fight, Zaraki swipes his sword and lunges up. Gerard smiles and calls him a foolish oaf, and that mentions that he’s gone and nicked the blade of Hoffnung. Zaraki looks really strong as he’s about to go crazy against him Gerard. Bleach 667 ends here.

A pretty awesome start to the fight between Zaraki and Gerard. It’s going to be a crazy fight seeing this battle in the anime (if it gets an anime version). This battle will definitely be epic in the next few chapters. If Zaraki ever releases his Bankai, it’ll be epic. But I’m still fine with his Shikai because it’s awesome. Can’t wait for next week’s Bleach 668, it’ll be awesome.

Leave a Reply to kuchikibyakuya1234 Cancel