Bleach 661 see’s Ishida telling Ichigo to head towards Yhwach where he is still asleep, this is when Ishida realises that he must stall Haschwalth as Ichigo, Chad and Orihime head towards Yhwach. Ichigo and others are faced by grand statues blocking them from Yhwach, Chad stays behind when Ganju shows up as aid. 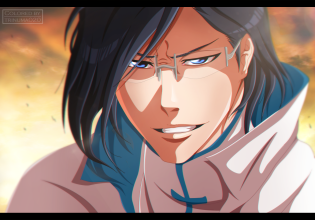 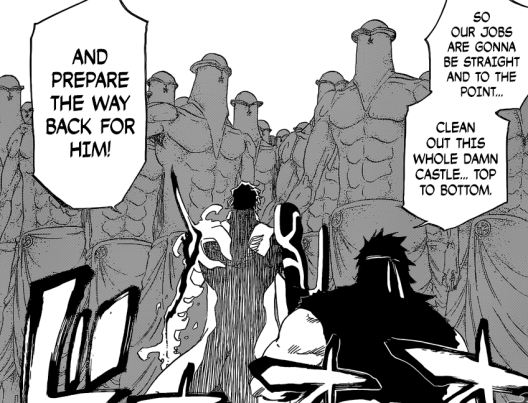 He tells him about Yhwach and Jugram and how they swap powers, and thus tells him to go and kill him already. Further to this, Ishida mentions that his last words will not be what he’s currently saying. They all then go on ahead.

Therefore, they will just need to step back and see how it turns out. Ishida saw a look of shock in his face which probably means that he hasn’t seen the version of him that will have some glimmer of hope of him. It seems like the power he possesses hasn’t been grasped by him. Both begin their attacks

Ichigo, Chad and Orihime climb higher and higher, Orihime begins to cry as Ichigo asks whats going on, she mentions that she had first thought that Ishida could have really turned over to the Quincy, but it seems that he was working as a double agent, and thus is relieved.

Out of nowhere, we see large statues appear on top of them as they begin attacking them. Further to this, another attack appears as Chad just blocks it with his arm. Chad mentions that he has this, and gives a thumbs up, leaving Ichigo and Orihime to go on.

Out of nowhere, we see Ganju show up from the ground, he mentions that he has arrived to help him. He tells a joke which wasn’t that funny. Chad mentions that once Ichigo has his eyes set, he wont concentrate on anything else, that is why he has to help him in his guide, he and Ganju will fight these statues.

What were your thoughts on the chapter? It seems that Ishida vs Haschwalth will be a hard battle by Ishida, yet it seems like he has something of a surprise to show. On top of which, Chad fighting alongside Ganju is also pretty good. He always fights huge opponents. Nevertheless, can’t wait for next week’s Bleach 662 when we see what happens next.