Fairy Tail 464 see’s the start and potential end of Natsu vs Zeref as it seems that using Natsu’s Blaze Dragon King Mode, and by revealing his arm, it seems that he’s been able to destroy Zeref with that attack. But is he really dead? Zeref wishes for death, to finally be able to pass on and sleep internally. Can he get it here? 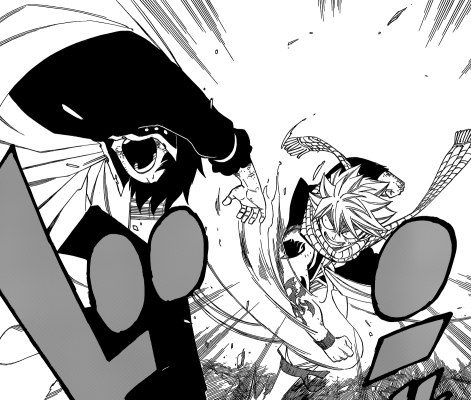 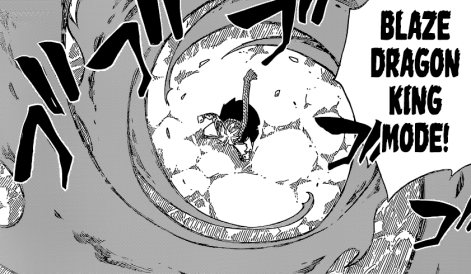 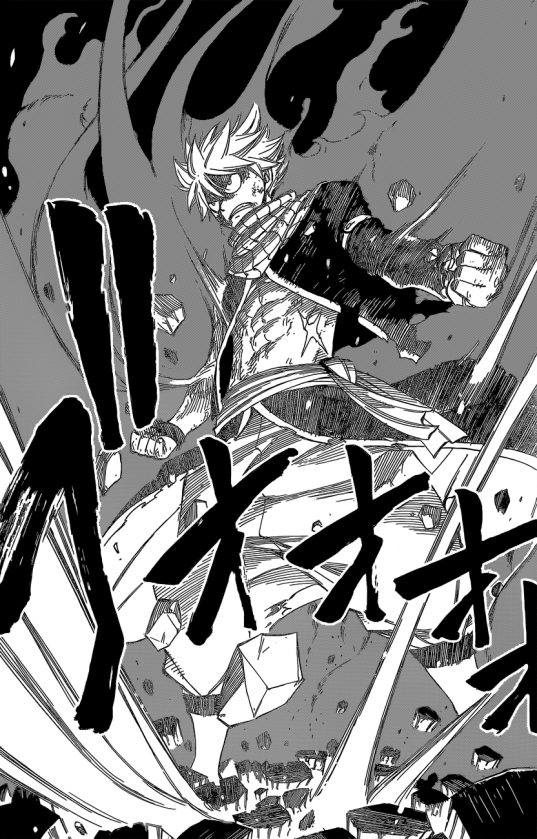 Fairy Tail 464 begins as Natsu vs Zeref quickly begins. Invel knows the true identity of Spriggan as Zeref, the dark mage. Zeref asks everyone to fall back, Natsu tells Happy to fall back too. Happy notices that he’s planning on using “that” of the bat. Zeref tells everyone to heart west a few kilometers, and that this is a personal fight that only they can fight.

Natsu tells Zeref that he isn’t handing over the first, when Zeref tells him that this has only happened because he wasn’t able to destroy him. Natsu doesn’t understand why he says such things, this is when he takes off the bandages to reveal Natsu has a tattoo of a dragon on his arm.

The power radiates heat from Natsu, even Zeref can feel it. Natsu quickly goes on ahead and punches Zeref with his left arm, then a right hood bashes him down a long way out. He releases a black arm of dark magic but Natsu’s right arm takes care of it as he incinerated Zeref’s magic.

Out of nowhere, Natsu gets closer and hits many many more times, this time with a very powerful attack which destroys a lot out of the earth beneath them. Natsu smashes Zeref back with all his might, he’s taking it all seriously. However, Zeref attacks back, then both go head to head in high speed.

Natsu mentions that this is a one time deal only, once he uses this power, it won’t regenerate, this power truly is Igneel’s undying tenacity. Zeref realises that power granted from the dead, if that’s the case, it may just be able to destroy one who has become immortal.

Natsu transforms into his Blaze Dragon King Mode, he unleashes it as fire engulfs the surrounding area in which they’re in. Zeref is shocked, Natsu mentions that he’s ending this right now. Zeref realises that this might be his last moment, thus he begins to thank for his wish being granted, Igneel, Anna, Layla, Mavis and Natsu, his young brother. Fairy Tail 464 ends here.

A fantastic chapter, can’t believe that Natsu delivered such a huge and powerful attack. What could have happened here. If Zeref isn’t going to die now, he most likely will never die. Can’t wait for next week’s Fairy Tail 465, titled “400 Years”, it’ll be awesome, can’t wait!