As part of the 30 day anime challenge, I will be doing another post concerning the question of who my favourite villain is. It’s been a while since I did one of these, and this question is even harder to answer because one of my favourite characters in a previous question answered it being Aizen from Bleach. So let’s try once more and see who I end up with. 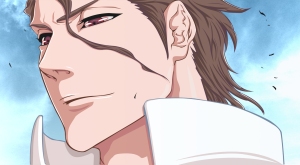 So, as previously mentioned I had picked Aizen Sosuke from the anime Bleach as one of my favourite characters in the world of anime and manga. Him being one of the greatest characters within the world of Bleach, he literally makes the series so awesome and crazy that without him, the series would not be what it is today.

Along with Bleach, there is another popular series that a lot of people know as Naruto. Now Naruto manga has finished and the whole story has finished, so we know exactly what happens in terms of who the real villains are. We start off with Tobi or later revealed to be Obito Uchiha, then Madara Uchiha shows up, and then right at the end we meet Kaguya who takes over Madara in order to fight against Naruto and Sasuke at the time. There is also the Akatsuki who had an overall good message but then fell apart when it was overtaken by Tobi.

Fairy Tail, another anime I watch and talk about on here. There has been a number of great and powerful opponents, the latest being the Tartarus dark guild who attacked Fairy Tail. In the manga, there are other villains such as the Spriggan 12 and END. Along with this list, there is also the Spriggan or Zeref that has the ability of immortals.

Further to this, there are many other anime such as One Piece, with the most common enemies being the marines, as well as many other strong opponents (I’m still getting through the series, even if it’s slow). Attack on Titan also has some series villains, among the Titans are even strong titans and humans who can transform into Titans.

Sword Art Online, also another great series who has some decent enemies, from the evil scientist in the first season to the seriously damaged person who chased Kirito and tried to kill him and his friends. Other sports series such Kuroko’s Basketball and Haikyuu!! are two awesome series who selectively have their own enemies, yet I don’t quite think they’re the best as a villain.

Okay so, I know this question is asking for a villain, but I’d like to bend the question a little. Since the character I’m thinking of used to be an evil person, but after something happened to him, he changed and became somewhat good, until he gets the chance to see where whatever he’s looking for gets him. That character I’m talking about is:

Tora or Nagatobimaru from the anime Ushio to Tora. From the start of this anime, we saw that Tora was stuck in Ushio’s house, in the basement, where Ushio let him out. Along with the Beast Spear, which trapped Tora, it was something that kept him there for over 500 years. Ushio came and was suddenly able to take control of the spear and scare the evil villain we know as Tora.

It’s hard to explain how, from my perspective, how Tora was once an evil beast but then changed into what we know him as seen in the series. If you haven’t watched this anime, I highly suggest you do since it’s a fantastic show, possibly one of my favourite this and last season.

So Tora is possibly my favourite anime villain who turned good, I know I may be cheating here with the type of question proposed within the 30 day anime challenge, but I really think that Tora is awesome, strong and very funny. Also, Nagatobimaru is one hell of a cool name!

I’d like to mention a little something to why I titled the way I did with this post, the reason being that many evil characters within each show usually get portrayed in a negative light. Usually the short anime’s are seen as the bad guys, but within many longer shows, they get an explanation to why they do what they do, for example with Obito/Tobi, or Zeref (who currently seems quite evil, but seems to be changing a little). Nevertheless, evil anime characters also deserve a shot at fame.

So what do you think? Who is your favourite anime villain? Go ahead and comment down below telling me who it is.