Fairy Tail 457 shows the hatred Brandish has against Lucy after finding out that she’s Layla’s daughter, there definitely being a past here, while Cana arrives to help her out after her house gets shrunk. All while Natsu and Gajeel defeat their opponents, while smacking Baqel up to Azir’s ship, giving Erza to chance to swiftly cut through Azir and hurt him. 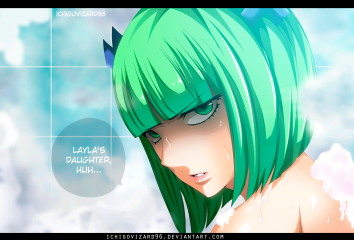 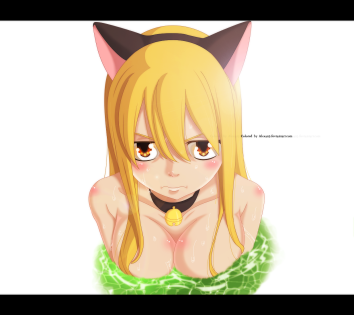 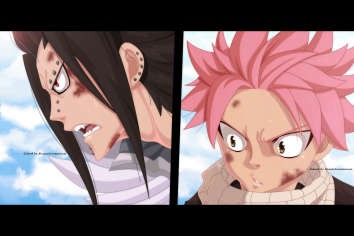 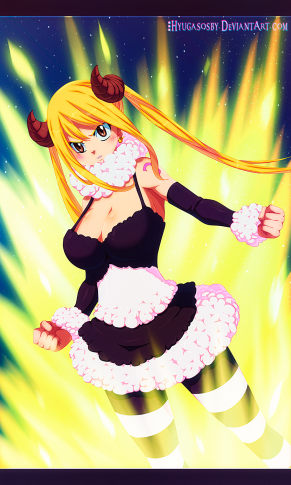 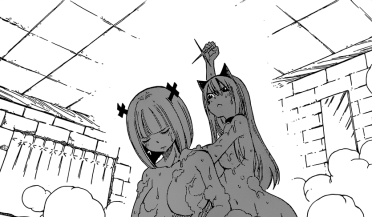 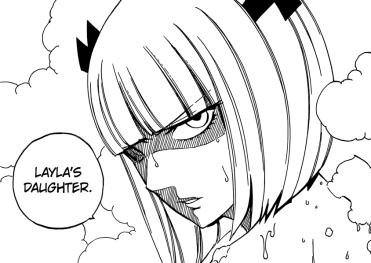 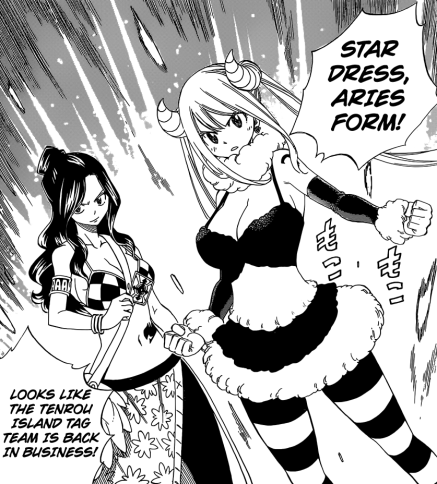 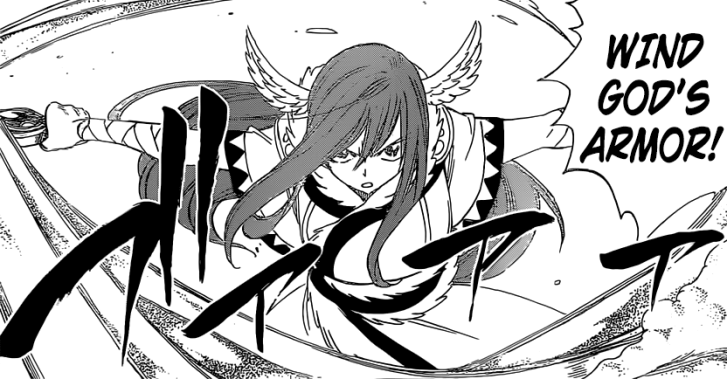 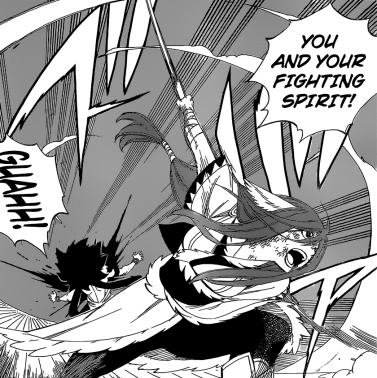 Fairy Tail 457 begins as Lucy and Brandish, both naked, in the bath when Lucy asks what she’s after. Brandish tells her that she’s not very cute when she gives her cat ears. She finds it really cute, when Brandish mentions that she feels like she’s seen her before.

Lucy mentions both the Weekly Sorcerer and Magic Games but she doesn’t know anything about it. Brandish asks Lucy to scrub her back when she asks for her name. Lucy gets her broken Aquarius key out and gets ready to kill Brandish as this could be her best chance here.

She raises her hands when Brandish asks if she’s the daughter of Layla. Lucy is shocked, she asks how she knows her. Brandish connects the dots when she scarily looks at Lucy knowing that she’s Layla’s daughter. The house begins to shrink as Lucy quickly tries to run outside.

Lucy falls outside fully naked when Brandish also appears. She mentions that she never expected to find her in a place like that, Lucy asks how she knows her mother. Brandish mentions that it’s a long and irritating story, she’s not in the mood of telling her. Cana appears and throws some cards towards Brandish, all miss.

Lucy brings out the small capsule that Marin is in when she cracks it, then calls out to use her Celestial Spirit Magic using her Star Dress, Aries Form. Elsewhere we see Erza is able to re-equip her armor when she quickly changes into her Wind God’s armor. She hits Azir back with some force.

Natsu, Gajeel and Wendy have taken all their opponents consuming some time. As more and more of their enemies enter the city, Baqel appears behind Natsu as he tries to attack him from behind, however it doesn’t work as Natsu just punches him so hard that he’s thrown to the sky.

So high that he flips and flops that it even scares the others to stay down. He then hits Azir’s main ship which is a sign for Erza to go ham as she gets the message, thus she quickly and swiftly attacks Azir as he’s shocked to see Baqel defeated above him. Erza makes Azir bleed after noticing Natsu and his fighting spirit. Fairy Tail 457 ends here.

A pretty good episode, it seems that even Lucy’s past will come into part when it concerns Brandish, it’d be nice to know what their relationship really was. Could Brandish be her aunt and Layla’s sister? Highly possible considering how she looks. Nevertheless, can’t wait for next week’s Fairy Tail 458, titled “Radiant Star”.