During the start of the war between Shinigami vs Quincy, we saw that a large number of Shinigami and Quincy’s died, one of which was Izuru Kira’s death. Even before the battle began, a stream of light blasts through and hits Kira’s torso, which destroys the right part of his body into nothingness. From then on, we had no clear proof if he’s dead or alive, here’s why Kira is still alive. 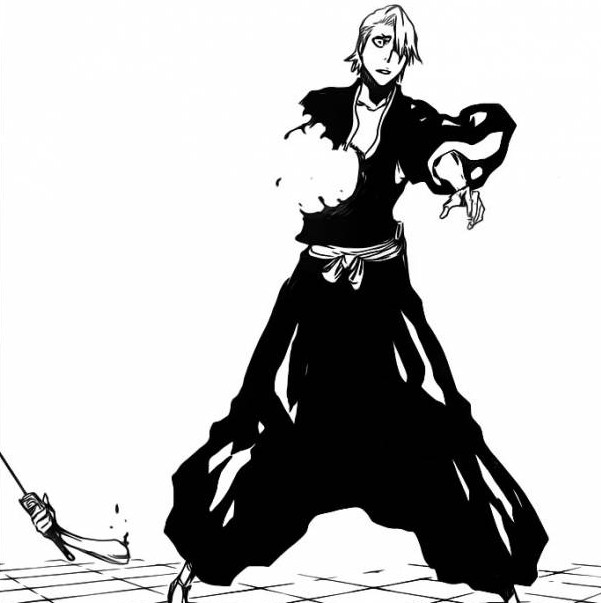 As seen in the image above, we see Kira’s body fully blown off while his arm just falls to the ground with nothing to support it. While this is in fact what happened in the main canon manga, it’s impossible to know what has happened in terms of if Kira is still alive and breathing after such a crucial blow.

A forum member over at Narutobase posted a particular image from a Bleach fanbook, whereby members of the Gotei 13 and other members are included in this book, it also includes thinks like character pools, popular Zanpakuto’s, Shinigami battles and character drawn by other mangaka authors. The book seems to be official.

It features a panel where we can see something amazing, we see Kira, Mayuri and Nemu in the same panel whereby Kira is on an operating bed, with an oxygen mask and wires connected to the right side of his body. This image can been seen below, top right panel:

While we see Kira on the bed, we can also see members of the Gotei 13, who have contributed to the current war, as they go on ahead and get ready to fight against the Quincy Stern Ritters.

So, what do you think of this news? It seems like Kira is still alive, even if it’s a critical situation where he could still die without careful care. Go on and comment down below telling us what you think about this news? Also be sure to share this page with others.