In the latest Fairy Tail 444 chapter, we see Zeref revealed to us as the Emperor of the Alvarez Empire leading over 700 guilds in the East continent to any battle with just one command. However, Fairy Tail 436 showed Zeref and Acnologia meet up as Zeref has made his choice to annihilate both Acnologia and the Humans, so has Zeref killed Acnologia? 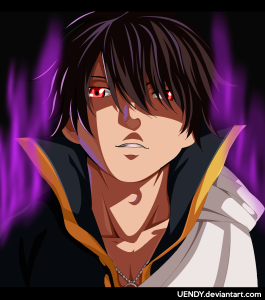 Fairy Tail 436 described Zeref mentioning to Acnologia that with his all power he has the ability to rule the world but does not, similar to Zeref yet Zeref just mentions that he’s always looked towards the future. Zeref described Acnologia as someone who has been waiting for someone, someone against whom he can truly fight.

The last page see’s Zeref mention that he will be the one who will comply with his true power and truly make him battle, and thus the final battle between the Dragon, Human and Immortal approaches. Return to the latest Fairy Tail 444, we see Zeref appear in his city meaning that he and Acnologia may have not fought.

However, it’s not wrong to assume that they did not trade a few punches here and there. Zeref is immortal while Acnologia has endless power. With two supreme beings being in the same place at the same time, something crazy would have had to happen off panel.

Before reading back and reconfirming this, I had the idea that as Zeref had appeared, I thought it one and one thing only. Acnologia is dead, well that may not be entirely true, as Zeref mentioned to Acnologia to continue waiting a little longer as the time for the final battle between Dragon, Human and Immortal approaches.

So if Acnologia isn’t dead (yet), what is the purpose of this post you may ask, well… Hype. Hype between the kingdom whose empire holds over 700 guilds to their Emperor being the immortal Zeref who is loved by the people of Alvarez. With such a small force behind Fairy Tail, it’s truly unbelievable to see how they can even dent or make a scratch on the impenetrable empire. 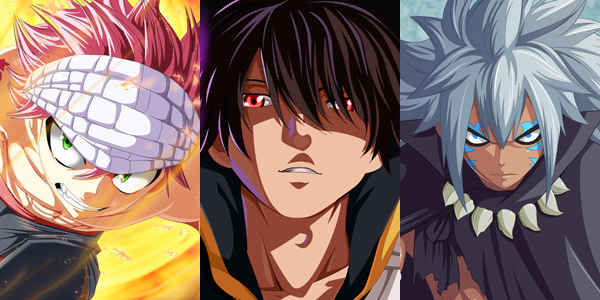 Hype that is already being built between the possible final battle between Natsu vs Zeref vs Acnologia is already set in motion as all three may appear in the kingdom of Alvarez. The hype which is quickly building to the most extreme and powerful battle the series of Fairy Tail has ever seen is being set in motion, could it also mean the end of Fairy Tail? Maybe.

Just like many other series in their final stages of series, for example Bleach or Naruto (in its final manga stages), its built a large amount of momentum revealing key characters such as the Ten Wizard Saints, Zeref’s relationship to Natsu, Acnologia’s Human Form, a country to rival the continent of Ishgar and now the final battle within the Fairy Tail world, Natsu vs Zeref vs Acnologia.

This article may have jumped from idea to idea talking about multiple things, talking about Zeref already killing Acnologia, Zeref’s true intentions and possible end to the Fairy Tail world are just some things that were covered. If you feel you’d like to say something, use the comment section below telling us how you feel about the series as a whole, or talk about Zeref, Acnologia, Natsu or anything else.