Bleach 673 see’s the reformation of Gerard as both Rukia and Renji appear in front of Byakuya and Toshiro. All while, everyone feels Ichigo’s Reiatsu grow as he faces Yhwach. Yhwach mentions that he is the real father from what he has given him, in terms of the power he has been given, while Isshin is nothing but a surrogate. 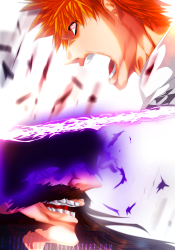 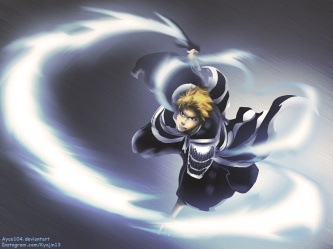 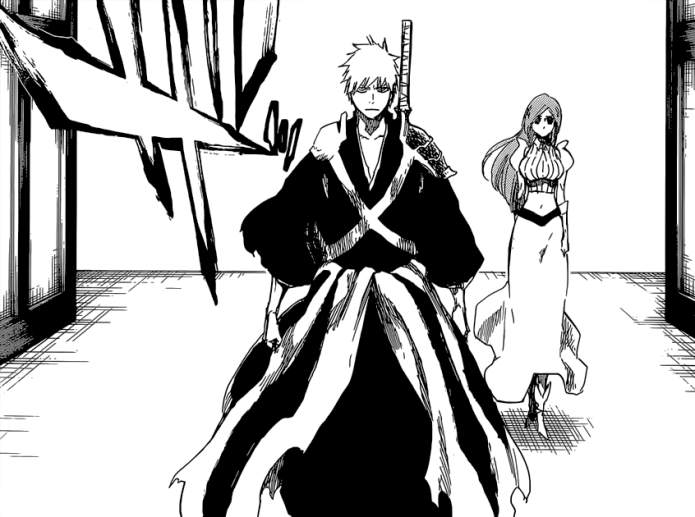 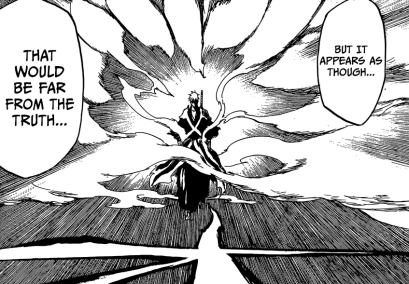 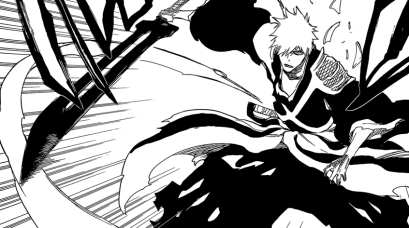 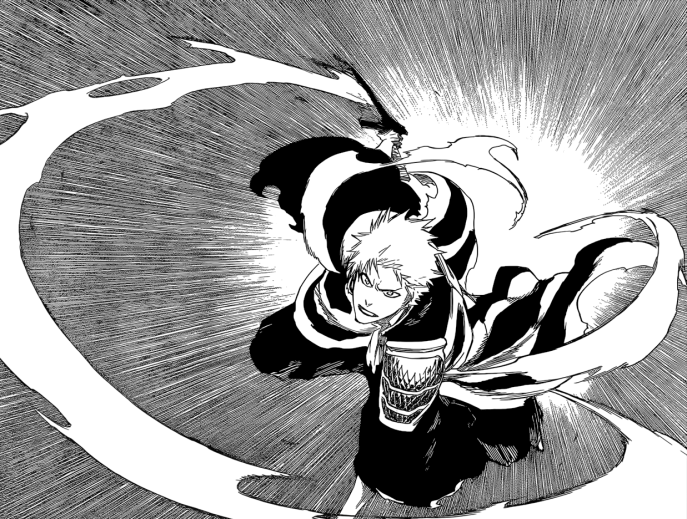 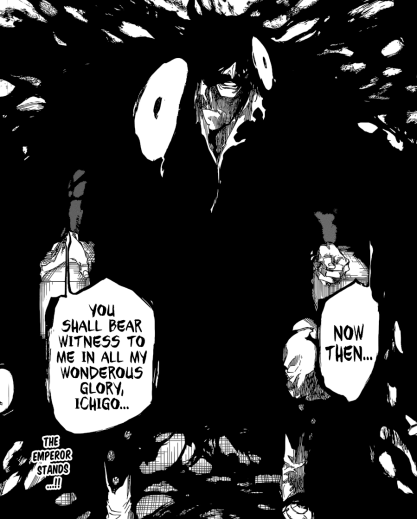 Bleach 673 begins as we see Rukia and Renji both notice that Gerard is regenerating. Toshiro talks to Rukia and Renji, but they don’t notice who it is, Rukia thinks that he is Toshiro’s brother. Suddenly everyone feels Ichigo’s reiatsu. We see Yhwach mention that if Ichigo would like to draw his blade then he shall, although this is what he’d like to say.

Yhwach mentions something about father and son, this is when Ichigo mentions that he is not his father. Yhwach says that Isshin Kurosaki is merely his surrogate father, he should already know the source of his power. Ichigo says that he should never say that he is his parent, he is the one who killed his parent.

Yhwach mentions that if this is about his mother, then he is just like a little school girl. Ichigo releases one of his sword, lunges towards Yhwach and unleashes his Getsuga Tenshou! Ichigo releases his power when Yhwach’s own black and dark power blocks the attack. Once the attack fades, the blackness from Yhwach attacks Ichigo but Orihime uses her defensive powers.

It slips through which forces Ichigo to release his second sword to attack the blackness back. Yhwach mentions that a person’s life was taken because there was no other choice. Their very existence was nothing more than to provide him with sustenance, so that I could give birth to Ichigo. Yhwach mentions that there is no greater possible honor and joy in the world.

As we see Ichigo being pushed by the attack, we see Orihime call out Ichigo’s name, all while we see Yhwach as he mentions that their conversation must come to an end as he stands up. Yhwach mentions that now he shall bear witness to him and all his wondrous glory as he shall now fight him with all his might. Bleach 673 ends here.

A pretty awesome chapter if you ask me, seems like Ichigo and Yhwach will be going all out in this fight. And with all of this happening so quickly, it seems that Yhwach vs Ichigo has finally begun, so it’ll be awesome to read the next few chapters to see what powers Ichigo truly holds. Can’t wait for next week’s Bleach 674, should be awesome.