The strongest of the 10 Wizard Saint, God Serena, has been revealed along with Hyberion (2nd) and Wolfheim (3rd) in the latest Fairy Tail 440 chapter where we learn that God Serena has defected to the Alvarez (Albareth) Empire’s elite guard, Spriggan Twelve. We see some facial similarities proving that God Serena could be Yuriy Dreyar.

In the recent Fairy Tail 440 chapter we saw Hyberion explain to Levy and Jura that God Serena had already defected to the Alvarez (Albareth) Empire becoming the top elite member of the Spriggan Twelve. In that sense, we also got a good look at his face, we can already tell that he looks very similar Yuriy Dreyar. I’d also like to make a point that as Warrod is still alive, possibly due to his type of magic, could also mean that Yuriy could also have developed some sort of magic allowing him to extend his life. A little extra information from Fairy Tail Zero chapter 11 see’s Yuriy Dreyar telling Mavis Vermillion that he no longer has anything to live for, thus he shall live for her dreams and look for fairies. Could this be the one thing that led him to live this long, and his reason for joining the Alvarez (Albareth) Empire to keep Mavis safe from harm of the empire, as he tries to prevent their attack by becoming one that leads their armies, and preventing war. 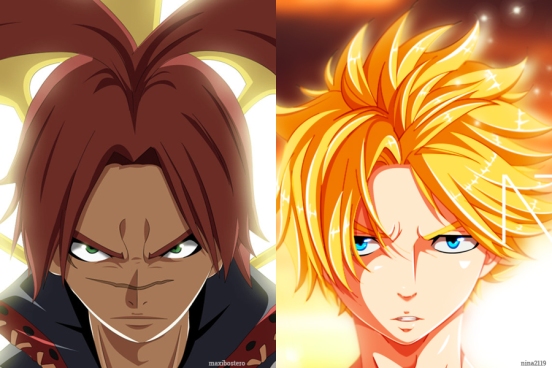 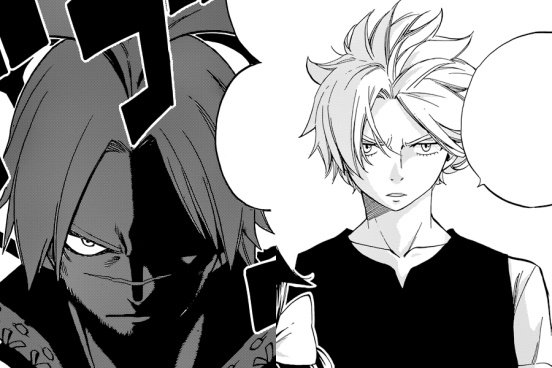 With this image, it’s possible to assume that they definitely look very similar, they have similar hair styles, the shape of their jaws are similar, nose and mouth also look very similar. It could also mean that Yuriy Dreyar had another child, Makarov Dreyar’s brother? Still these are all just theories.

What do you think? Could Yuriy still be alive? Could God Serena be Yuriy Dreyar? Is it even a possibility that he is whom we are talking about. Comment down below telling me what you think.