Fairy Tail 440 reveal the 4 remaining Wizard Saints as council members, as well as the strongest of them all being God Serena, who has transferred into being Alvarez’s Spriggan 12. All this while Erza decides that the members who’ve seen the Lumen Histoire in that room will be the ones to go rescue Makarov from the Alvarez Empire. 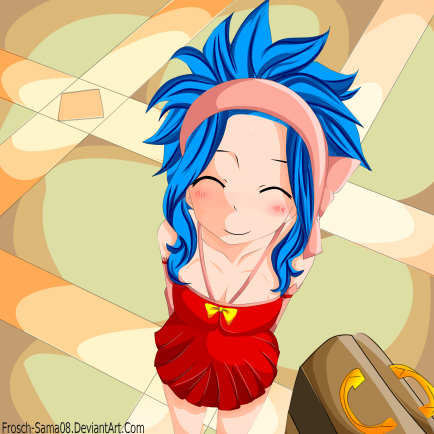 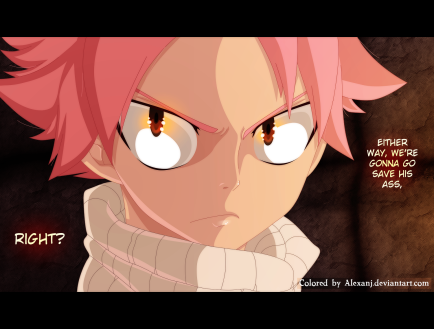 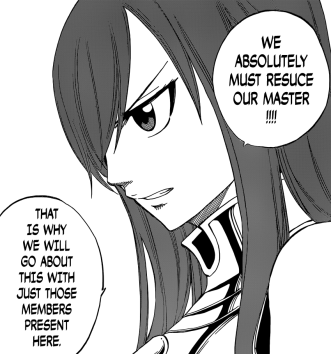 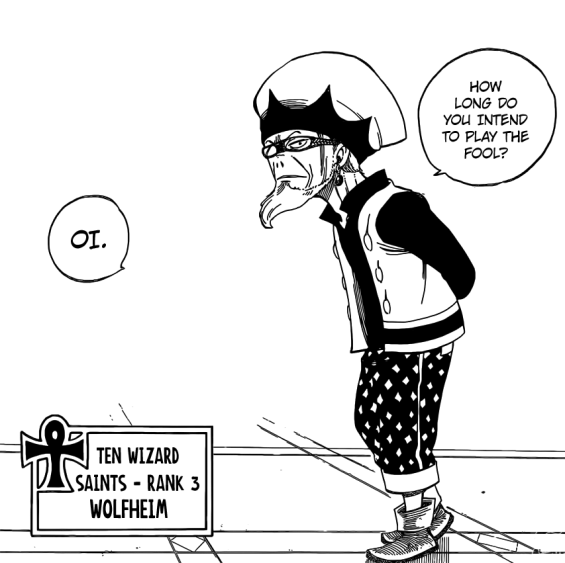 Fairy Tail 440 begins as Natsu is shocked that Makarov hasn’t come back yet. The judgement on the guild being split was all for their sake. Mest hasn’t heard from him this past year. He could still be in the middle of negotiation or had been captured. Mest has worked with Makarov’s plan to being back the magic council.

With the help of Warrod, they’ve formed a new magic council around the Ten Wizard Saints. Warrod is aware of the situation but the other council members are not. They all know that Alvarez Empire is a threat to them, even now it’s a way to stop them advancing. Gray asks if this allowed for them to buy some time, to which it seems like it has worked.

Natsu goes on to mention that they’re going to save him, Mest agrees with him and mentions that he’s revived the council just as he wished, on top of which he will not be a mage of Fairy Tail. Happy and Carla talk about including everyone in their fight against them. However Erza stops everyone and goes on to mention that their own master captioned them as unbeatable.

They simply cannot afford to rush in blindly. Natsu mentions that over the year they’ve all gotten stronger, they can’t possibly lose. Erza mentions that Makarov has risked his life to buy them time, don’t take it lightly. They will rebuild their guild and resume taking on jobs. They will completely revive Fairy Tail.

She wants everyone to gather here and laugh and smile as they once did. That is what she, as a master, wants. But as a guild members, her views are different. She mentions that they absolutely must being their master back, that is why they will go about this with just those who are present.

A small band is better suited for this kind of task, she mentions. they will infiltrate Alvarez and save Makarov. This is not a battle, it’s an infiltration and rescue mission, telling Natsu mainly to stop his chaotic self. It seems that Gajeel had been listening, he mentions that he will take another route.

Juvia looks for Gray when Cana mentions that she’s drank him, Juvia tries to open her mouth. Mirajane mentions that Gray, Erza and Mest, along with Natsu and Lucy have gone somewhere. She thinks that Lucy and Gray have been messing about.

Gajeel proposes that they reform B-Team to go ahead and hunt down Laxus. At the magic council, we see Jura, take some documentation from Levy as she submits the paper work to put Fairy Tail back on the map as a guild. We also see Warrod who is there watering his plants, he thinks of Mest trying to go and find Makarov.

We then see a short member, his name being Wolfheim, Rank 3 of the Ten Wizard Saints, as he asks if Warrod is always going to act like a fool. He pisses him off by mentioning that his name sounds freaky. Wolfheim quick changes his form and turns into a large beast.

He mentions that it’s all find for him to be pulling weeds while this continent and Alvarez are each others throat. Another member appears, who tell both members to calm down, telling them that they’re no longer wandering mages. They are council members and must set an example for all other mages, this man being Hyberion, or Rank 2 of the Ten Wizard Saints.

Hyberion mentions that things are certainly boiling up, their task is to return them to something a bit more tranquil. If it ends in war, then they will have very little chance. It falls on all of them to open the path towards a peaceful resolution. Levy asks if Alvarez is really that powerful, and since they still have God Serena, they should be okay.

Hyberion mentions that the man once called the Heavenly King of Ishgar and the Foremost of the Ten Wizard Saints, simply put is the strongest mage on this continent. God Serena is his name. Jura asks that he should be taking part in the council but isn’t here is he. They mention that he has abandoned  the land, he’s crossed over the Arakitashia, the west continent and has become a member of the Alvarez Empire.

He has become a part of the twelve shields that protect Emperor Spriggan, the Spriggan 12, he is now one of them. There are 11 more mages who can stand toe-to-toe with even Ishgar’s mightiest mage. God Serena is rank 1 of the Spriggan 12, who was previously ranked 1 in the Ten Wizard Saints. Fairy Tail 440 ends here.

What an absolute fantastic chapter, all of the Wizard Saints have been revealed and what is more troubling is that the strongest member of the Wizard Saints has gone over to the enemy’s side in order to become even more powerful. This is absolutely insane, knowing that there are 12 other insane powerful people. Can’t wait for next week’s Fairy Tail 441, titled “Caracolle Island” when we see what happens next.