Bleach 618 shows Aizen and Shunsui talk about the outside, to which Aizen is asked if he’d like to breathe the air of Soul Society where Yhwach has just destroyed everything. On top of this, Mimihagi prevents the destruction of the world by holding down the Soul King while Ichigo goes head to head against Yhwach, and even cuts his arm off! 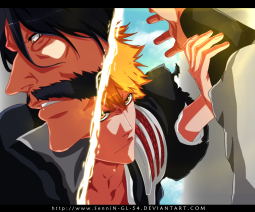 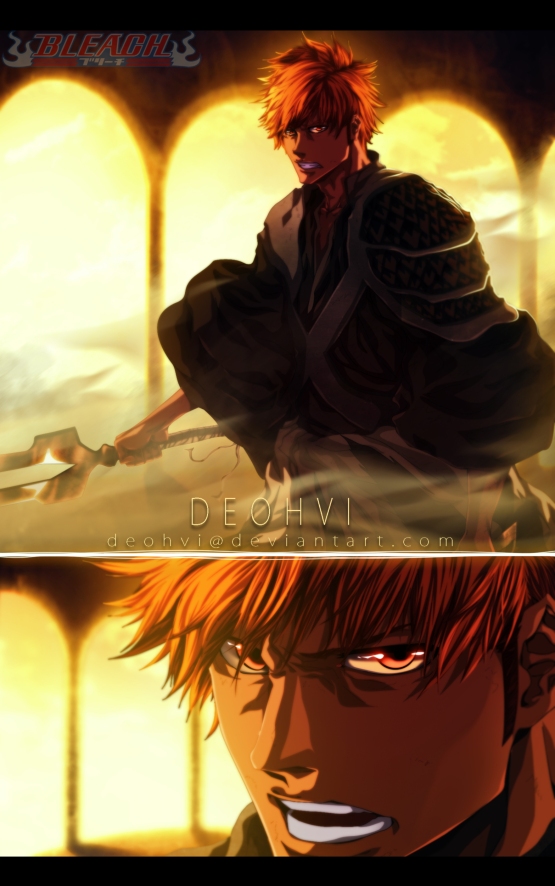 Bleach 618 begins as Aizen mentions to Shunsui that he has two more keys to use. Shunsui adds them down and uses them on the already unlocked left eye and ankle. Aizen smiles and tells him that he’s the same as always. Shunsui takes it as a compliment. Aizen is asked if he wants to leave this place.

Shunsui then shows Aizen his chest, explaining that the key to Muken has been buried in his heart. This was the agreement he and the members of Central 46 had, on top of this if Aizen was to kill Shunsui, his way out would remain sealed for the rest of eternity and the gates of Muken would be sealed forever.

Shunsui gets onto the real question where he asks for Aizen to be seated behind him, on the chair provided. Shunsui asks if he’d like to breathe the air of Soul Society after such a long time. Aizen doesn’t move when a members standing behind Shunsui grabs a rope and tries to put him into restrains when Aizen out of nowhere cuts his fingers off.

Aizen mentions that it’s absurd for him to do such a thing. His restraints does not cancel his reiatsu, it only serves to confine it to close to him. If they touch him once again they’re going to feel his wrath. Aizen asks Shunsui if he sits down and goes outside, if he thinks he’s going to lend him his power.

Shunsui mentions that he never said anything about fighting for Soul Society or any sort of thing. Shunsui thinks that they’re interests are about to intersect to which Aizen tells him that he’s an interesting man. Shunsui asks him if he’d like to breathe the air of Soul Society to which Aizen mentions, air which has been destroyed by Yhwach.

Yhwach goes to try and stop Mimihagi, he tries to summon some kind of thing. Yhwach mentions that he never knew that he could stop the Kings death. To which he also mentions that if the Soul King’s will no longer resides inside him. If this is the case then he’ll just destroy him with his own arm.

Ichigo appears and stops his attack, Ichigo holds Yhwach’s arm while Yhwach tells him to step aside. While at the same time Yoruichi uses a technique where it protects the Soul King and Mimihagi in some kind of shield, not sure if it can hold up against Yhwach’s power.

Yoruichi mentions that the black thing is apparently the right arm of the Soul King, and since it’s touching the King, she is okay leaving it like this. She begins by somehow shielding it and creating a box within it. Ichigo seems to have cut Yhwach’s right arm when he doesn’t even react.

Yhwach mentions that the Quincy blood flowing through Ichigo should be unable to tolerate the King being alive. Hence he should have no reason to stand in his way. Ichigo mentions that he came there to stop him, as well as to protect all the worlds.

Yhwach calls him arrogant that there is no one else but him that can stop him. Ichigo mentions that even if there was someone else, he won’t just run away with his tail between his legs. Ichigo gets ready and unleashes his ever popular Getsuga Tenshou!

A fantastic chapter, a lot of talking and some interesting points were discovered. I guess Aizen already knew about the battle and destruction that was going to come to Soul Society. Can’t wait for next week’s Bleach 619, it’s going to be awesome!