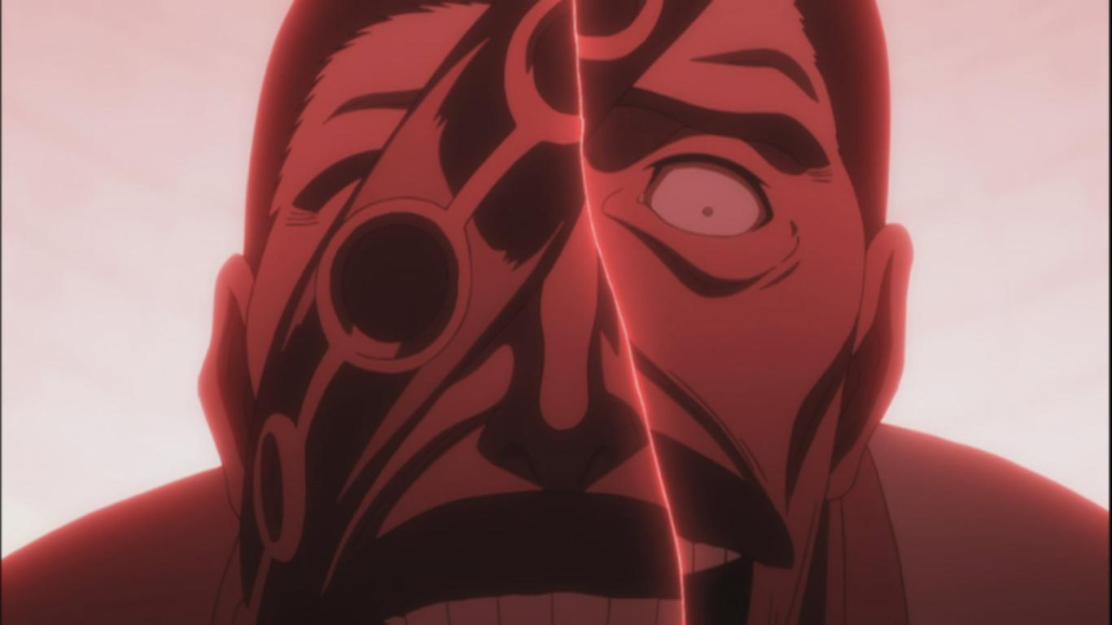 During today’s Bleach 362, we saw the fantastic fight between Zaraki and Giriko! Two unlikely characters go head to head in probably the shortest match ever. We saw that Ichigo learns about the First Substitute Shinigami here.

At the time where The Soul Reapers and Xcution members were getting divided, the Zaraki had mentioned that Tsukishima seems to be a lot more powerful than his current opponent Giriko.

Giriko questions Zaraki about this unusual request to change partners with Byakuya which wasn’t fulfilled. Giriko then sees that Zaraki is one hard guy who’s power comes raw within him with the ability to always go full force during his fights.

Here Zaraki saw that Giriko had turned into a large green monster after he had turned a dial on the left of his chest. This increase his highest and weight, he also mentions the simpler the contract with the Gods of Times, the more powerful he is manifested into, therefore since he has only increased his muscle strength he should be pretty powerful.

At this moment, after getting bored at what Giriko had said, Zaraki swiftly slashes Giriko right in the middle on his body within a few seconds. We still don’t know if Zaraki has learned the name of his Sword, but it’d be pretty amazing if he did.

Furthermore we also only see a hint of Zaraki’s sword, so there is no telling if he’s obtained the name. This battle was very short, but it just goes to show how powerful all the Shinigami’s have gotten over the last 17 Months. Also I’m hoping we’ll see some amazing fights in next week’s Bleach 363.