Next week’s issue of Shueisha’s Weeky Shonen Jump magazine will be revealed that the Food Wars! Shokugeki no Soma anime will be getting a third season, but specifically it’ll premier this fall! The title for this third season is Shokugeki no Sōma: San no Sara (Food Wars! The Third Plate) which shall focus on the battle against the council members of the school. 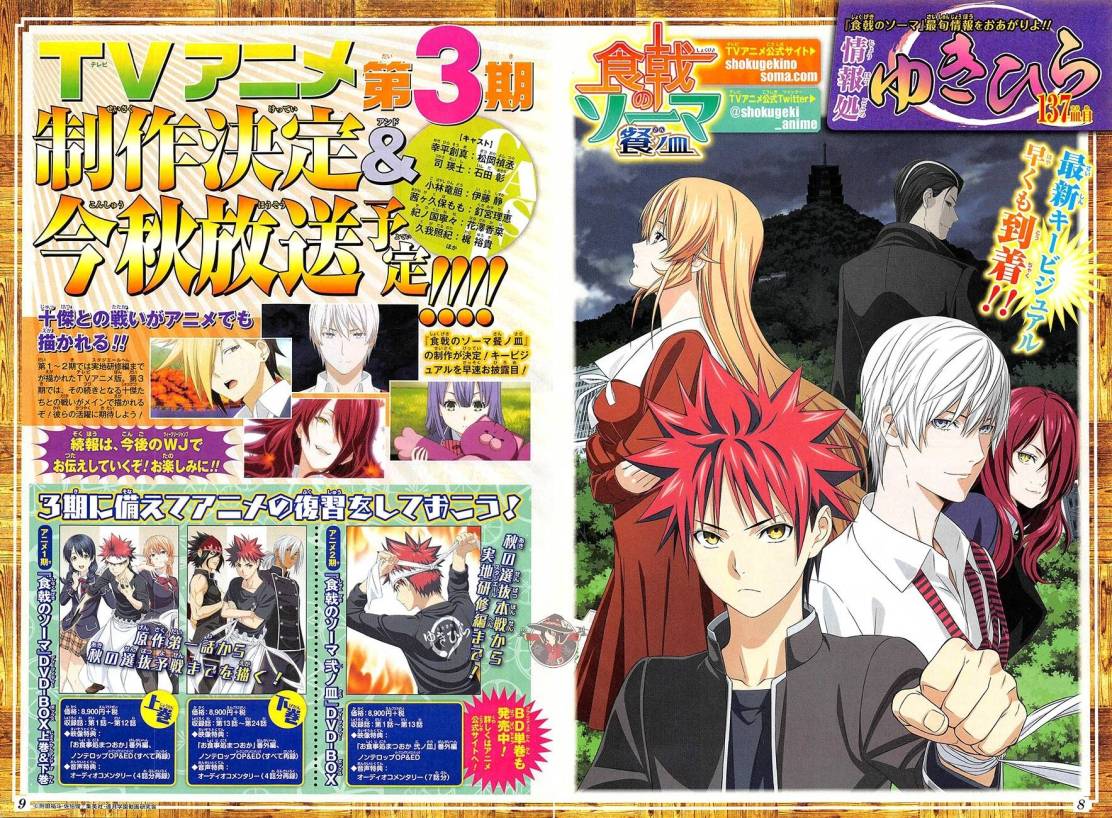 With this latest season, it’ll bring forth a number of cast member, such as:

We’ll also get some new cast members which includes:

On top of this, we also got a preview a while ago, although I’m not quite sure if it’s for the upcoming anime, although it does preview a lot of the new cast and characters:

With all this mentioned, what are your thoughts on this? Go ahead and comment down below telling us what you think about he upcoming Season 3 anime of Shokugeki no Soma! I personally can’t wait as I read the manga on a weekly basis, it’s actually really good!